Produced as part of a London-wide Age Exchange project Children of the Great War is a dual-screen film and digital media installation, which records memories and experiences of the First World War passed down through families and across communities. Review by Emmeline Burdett.

When I asked the artist Ivan Riches about what prompted his and his colleague Simon Puri?š’ decision to embark on this particular project, he replied that it was a combination of two things: the 2014 commemoration of the outbreak of the First World War, and his own fascination with the nature of memory, which itself came about as a result of his own epilepsy-induced memory problems.

The exhibition is a dual-screen video installation, which runs on a loop. One screen shows a film of thirteen interviews with participants living in various parts of London. These participants all relate – either directly or through younger actors – a personal story about a family member who was involved in the First World War.

Understandably many of the stories concerned people who fought in the conflict, but nevertheless the amount of variation between them was striking. For example, one participant, Richard Daley, related how his father, a serving soldier, had been collecting the bodies of dead soldiers, and one of these was chosen to rest in the Tomb of the Unknown Warrior in Westminster Abbey.

Another interviewee, Harvey Gould, told an amusing story about how he and his father had both worked as wireless operators, (Gould’s father as part of the Royal Flying Corps in the First World War, and Gould himself as a member of the RAF in World War Two) and how they communicated little messages to each other thanks to their shared knowledge of Morse Code.

A third participant, Martin Spafford, read a poem that a wounded First World War soldier had written in a scrapbook that had belonged to his grandmother, Nancy Garnet. In this poem the soldier gallantly expresses a hope that he would be wounded again, so that ‘Nurse Garnet’ could look after him!

The second screen shows photographs taken by the artists in contemporary Flanders, as well as a collage of photographs, documents and objects from the Europeana 1914-18 Archive, and First World War film footage from the Imperial War Museum and VAD Archive. Accompanying it is Ivan Riches’ self-composed original score, inspired by Ivor Gurney’s poetry and music.

These thirteen stories came out of an eighteen-month project which saw Riches and Puri?š travelling all over London to carry out 127 interviews, hold open days and work with organisations to digitalise some 5,300 personal letters, photographs and period artefacts brought by the interviewees.

The project has inspired a new play, and will also form part of the international archive Europeana 1914-18.

This is a fascinating and important exhibition, which really deserves as wide an audience as possible. Please click on this link to visit the Children of the Great War website.

Originally shown at the APT Gallery, London between 8-11 January 2015, Ivan Riches and Simon Puri?š: Children of the Great War is due to go to Alexandra Palace on Saturday 7th February and every first Saturday of the month. More details to come.

The play inspired by the installation can be viewed on YouTube. 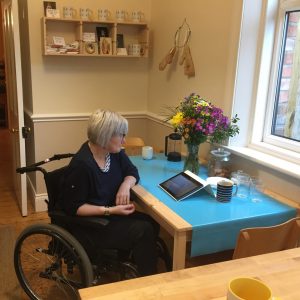 Just what does it take to make a show accessible? (Or as accessible as it possibly can be). And a few other thoughts on access thrown in…

Great & Tiny War is the most ambitious show I’ve ever made. Or maybe I’ve said that before?! How to Live where I launched my own Therapy Empire at Barbican Theatre in 2004 was really massive. When I had the idea of 2,000 ‘pea patients’ dancing the Mexican wave as a finale, accompanied by a choir ... 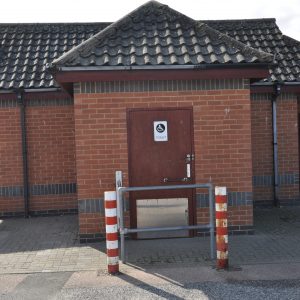 Signs: A Room And A View

In spite of appearances this simple story is not a crack at the young for failing to take up the civil rights baton. It is a look into the future based on stories of the war the older generation used to festoon me with. Well, festoon being an exaggeration actually. The war is still with ... 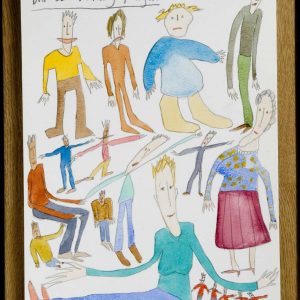 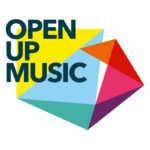 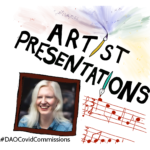 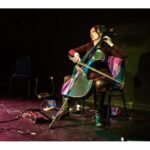