As part of her guest editorship on Disability Arts Online, Dolly Sen spoke to John Hoggett, a queer writer, performer and fellow trouble-maker about his work and experiences which shaped it. I live in Reading and have done since 1979, when I came here to study horticulture. I dropped out due to not really wanting to be there and amazingly horribly family trauma which preoccupied me and took away all my motivation to do anything apart from dress up, go to parties and take drugs. I did however get to live with art students, from which I learnt a lot of my skills.

I am a self-employed gardener, Pinko Commie Queer and Big Nancy (not all at the same time though). I am a long-term user of mental health services due to the traumas of family life and being brought up in late capitalism in a homophobic society.

For myself, I like Art as Protest, where the art is part of a campaign and makes those with the power uncomfortable and holds them to account.

In the early 1980s I lived in a house where Red Rag, a community magazine started by Reading Anarchists was often put together. Living in that community introduced me to left wing ideas, the magazine and the culture around it was a big influence on my later life. Looking back Red Rag is a record of one town’s resistance to Thatcherism.

I once did a reading of Allen Ginsberg’s HOWL, with a free jazz intro and a midnight raga played on a flute as an outro, about fifteen years ago. I realised he and I had a lot in common. His mother was a psychiatric victim, his parents’ marriage was a mess, he had a breakdown and nearly dropped out of university and he was an out, gay peace activist amongst other things. His life was a lot more chaotic than mine and he was a lot more famous but as aside from that we have a lot in common! My step Grandfather was John Piper, one the great British artists of the last century. We lived near him and visited often. I used his photographic darkroom as a teenager. I think my sense of colour and design was influenced by him. It is a part of my heritage I am only just claiming.

The USA activist and trainer George Lakey has become an inspiration in the last few years. He is an old gay social justice campaigner who has very special insights into campaign strategy and is a very lovely man.

The height of my activism was in 1996 when I helped coordinate Reading Roadbusters, a local support group for the anti-Newbury bypass campaign. This was the height of the road protest movement.

We stopped a bus load of security guards that were heading for Newbury and the bus company dropped the contract as the drivers said it was too dangerous to proceed. We did something every week. It was very exciting. We have a lovely collection of banners that we made and used at demonstrations.

Since then, I got into looking at climate change, especially from an anti-capitalist perspective.  I got arrested on top of Parliament in a climate protest with Greenpeace in October 2009. I also founded Speak Out Against Psychiatry. As a road protester I saw a road built which was an environmental disaster, but I saw a roads policy dropped.

I want to bring that energy to other struggles, including the Mad Liberation struggle – psychiatry is the handmaiden of capitalism and all oppression, it turns legitimate reactions to oppression into diseases and locks up those who have been damaged by oppressive living situations. That is surely worth kicking up a fuss about!

For a few years I had a theatre-based mental health consultancy called Rose and Thorn Theatre where we interviewed service users, put their experiences into plays and then used the plays as a basis for discussions with service users and staff. I like being naughty and that is part of what drives my activism.

I wrote a play about Section 136 of the mental health act, which is where the police detain people because of they are concerned about someone’s mental health. It was originally part of a consultancy project for social workers who do out-of-hours assessments but then I edited it a bit and it was put on at All in the Mind mental health arts festival in 2017. It was partly based on my experience and partly based on the experiences of people I know who have been sectioned.

I have a short poetic film about climate change in a film festival this year. I also made a film about homelessness where I pretended to be a street preacher saying ‘we are all lost until everyone is housed’ and encouraging people to break into the empty Reading Goal and turn it into a homeless shelter as it is Gods Wish that we do that in order to receive his Grace. It is a trial but it may be turned into something for public viewing if my collaborator recovers from his rather serious illness soon.

I was invited to re-launch a website which uses cheeky arty interventions and citizens’ journalism to challenge austerity and local government development policies (they are selling off public swimming pools, allowing posh flats to be built while there are homeless people begging in the street and nearly slashed the grant to the mental health day centre).

I also write and perform poems and plays, usually about the environment, LGBT and mad issues and make banners and hang them in inconvenient places.

One of my neighbours (I live in a council bedsit in an area of poverty) leaned out his window and said I wrote to the papers about mental health, that I had a book published (he knew my name), that I was a good man and that he was an ex Hell’s Angel. Now that’s fame worth having.

We live in a mad world where the governments are destroying the ability of the Earth to support human life. Madness is where distress and the state intermix and the distressed come off worse.

My future is likely to be trying to pay my bills and not go into debt and risk homelessness. Austerity and inflation has hit me in inconvenient and worrying ways. 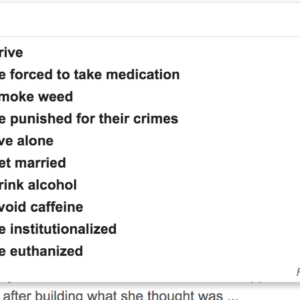 My Soul is a Search Engine

MY SOUL IS A SEARCH ENGINE by Dolly Sen I make film, I make art, I make books, and I make trouble. One way I employ two of those things – the art & trouble-making – is by disrupting systems that produce ‘copy and paste’ identities/thoughts/perceptions/life/death, as a Trojan horse dressed as a my little pony ... 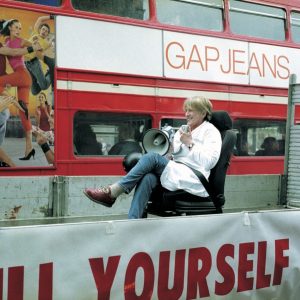 Art & Protest – an exhibition at the Bethlem Gallery, offering a glimmer of hope

Art & Protest: What’s there to be mad about? is on show at the Bethlem Gallery – situated in the grounds of The Bethlem Royal Hospital in Beckenham. With a slew of events programmed before it closes on 10 November 2019, the exhibition offers an alternative narrative to the mainstream, says Emily Reynolds The first time ... 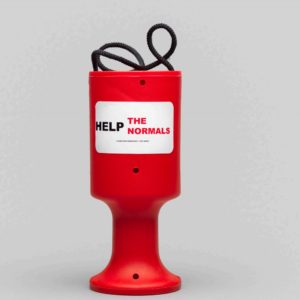 Art & Protest: What’s there to be mad about?

Bethlem Gallery – situated in the grounds of The Bethlem Royal Hospital – is staging an exhibition encompassing everything from mad activism to mad citizenship, asking 'what is there to be mad about?' Dolly Sen writes about the curatorial process she went through in putting the exhibition together I just had my ‘What’s Crap App’ shown ...