Flow Observatorium was awarded Arts Council England funding in 2020 for Kongress, a project to research the barriers for Neurodivergent people in the arts. Sonia Boué reflects on the significance of the project and the commissions, which include her own photographic series Outside the Box.

Disability Arts Online · Kongress: Thinking outside the box on barriers for neurodivergents in the arts 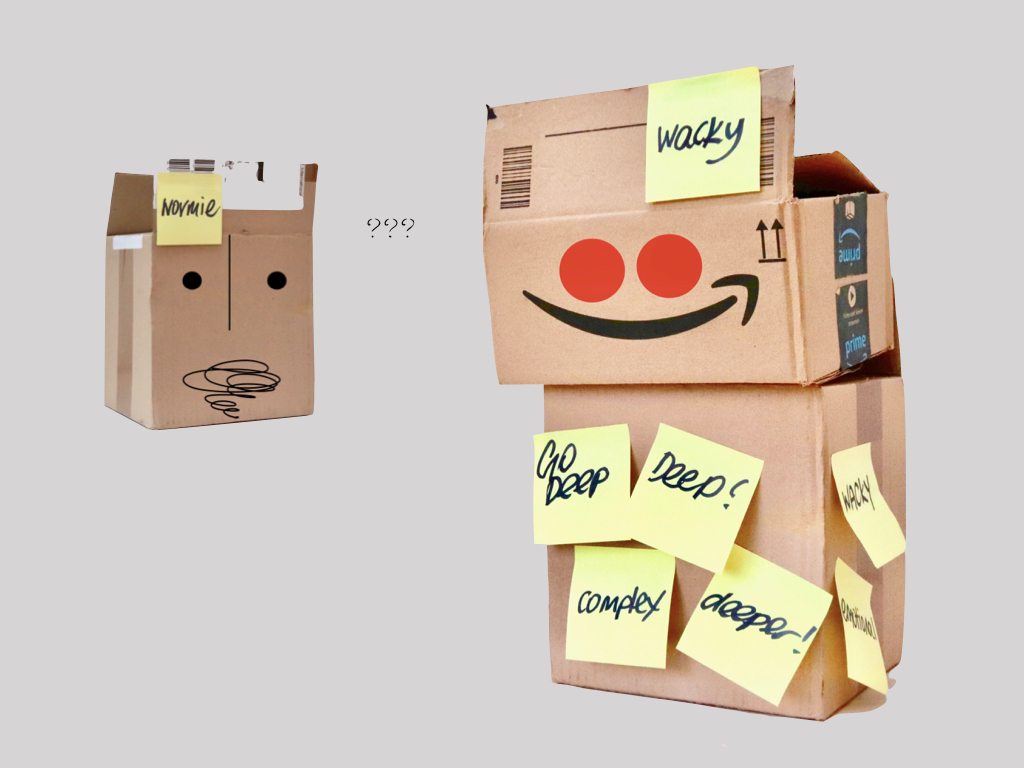 Flow Observatorium was launched in 2018 as a national hub for Neurodivergent (ND) artists by Jon Adams. Kongress, its largest project to date, included a survey that was the first of its kind – eliciting vital data from hundreds of respondents and sounding an urgent call for action from the arts sector. A series of artistic responses to the Kongress survey by ND creatives was commissioned to showcase the survey’s findings.

A Zoom call in December 2020 brought an invitation to be part of Kongress.

The third and final round of the Survey was live. Data from the first two rounds had been collated. It felt like we were (at last) touching the source, as we encountered this testimony from a ‘lost generation’ of ND adults (many of whom have discovered their ND late in life). The Kongress team are all artist-activists with firsthand knowledge about ND need in the arts, but now we held the evidence in our hands, and could set about making it tangible to others. We also had significant numbers (854 individual responses to questions from rounds one and two, alone).

For most respondents, Kongress is probably the first time they’ve been canvassed about both barriers to access and how ND contributes positively to their creativity. Unmet need bleeds through the survey responses, but I was also struck by our near-universal sense of ourselves as natural creatives who live for our art. Authenticity is key to the power of ND creativity.

My photographic series Outside the Box focuses on the qualities that make us natural creatives by responding to the following (two-part) survey question:

Question 11: Is there anything positive you’d like funders or organisations to know about being a Neurodivergent creative? Does being Neurodivergent help with your creativity? 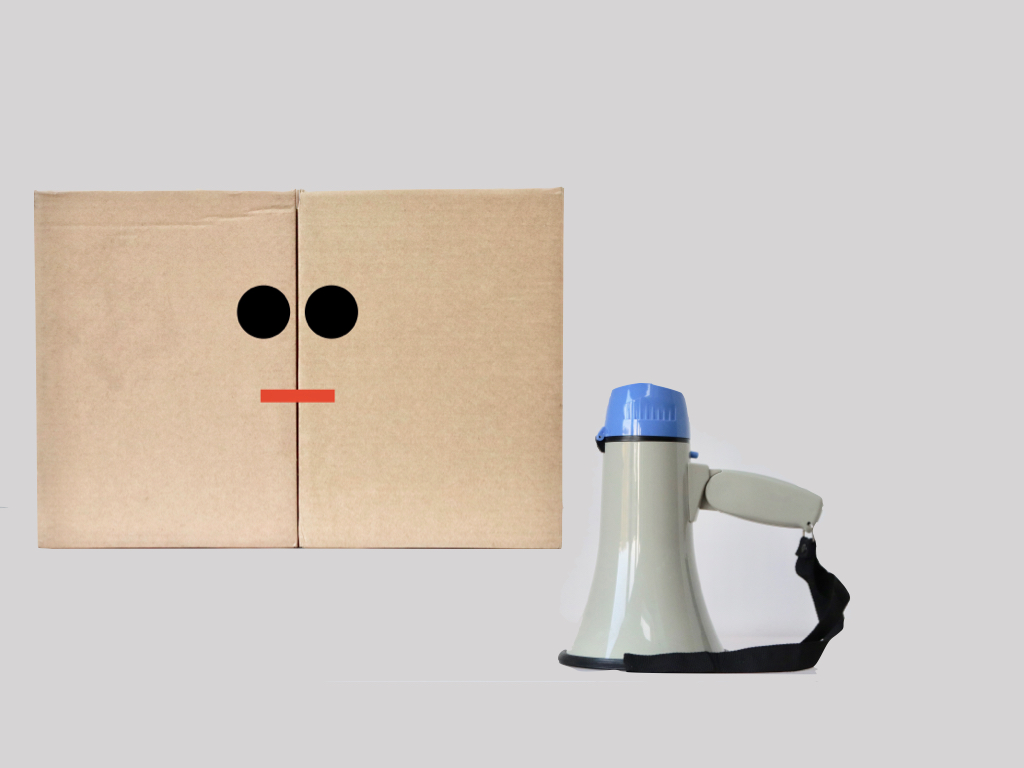 Our ability to ‘think outside the box’ was by far the most often mentioned characteristic. As native ‘outsiders’ we naturally excel at originality, one of the most prized attributes in the arts. The title for my work and the inspiration to anthropomorphise cardboard boxes feel like a collective effort. It was a slam-dunk, ND no-brainer.

A more complex consideration was tone. I had to consider carefully how my work would translate across neurological types. Paradoxically, my practice has become quite playful during the pandemic, and I wondered if this might help me reach neuro-normative audiences, and avoid the usual ‘geeks ’n freaks’ tropes. Owning (and subverting) stereotypes can be a high-wire act and I hesitated, for example, in referencing Sherlock Holmes, but our exceptional problem-solving abilities jumped out of the survey, and who can resist a deerstalker and pipe! For ND artist-activists this job of cultural translation across neurological types is complex and sensitive, and it’s easy to fall. I decided to fall playing, if I had to. 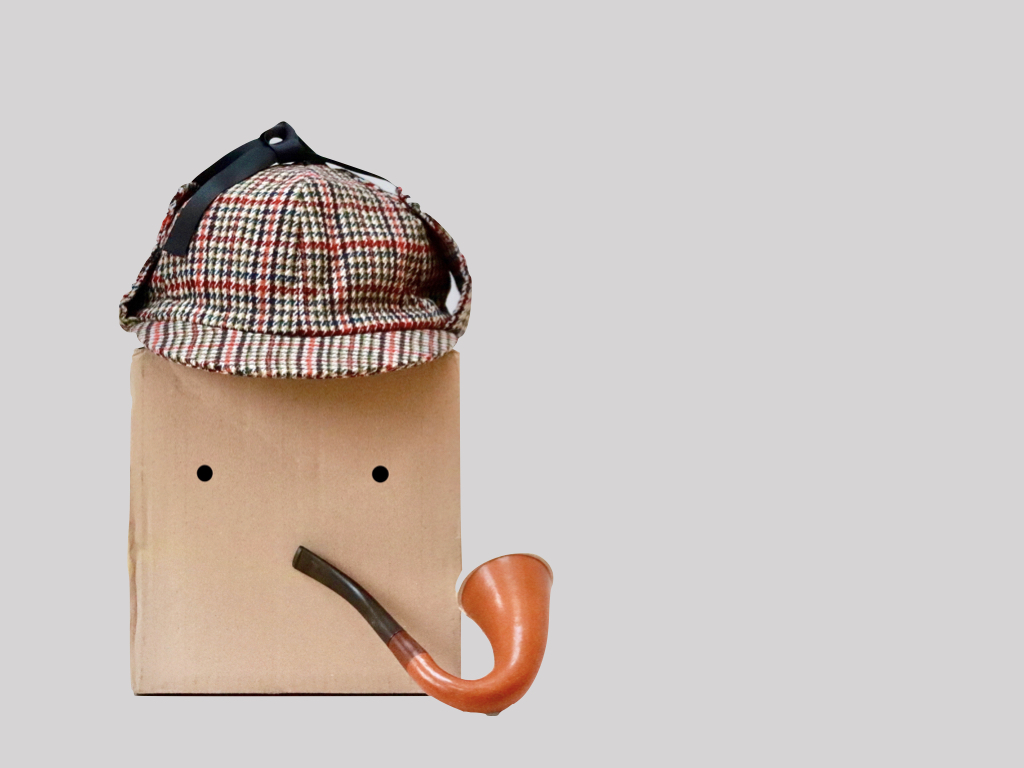 Outside the Box also draws on my rapid ability to discern pattern and articulate commonalities. I was able to work at a speed unthinkable when trying to second-guess people who aren’t of my neurological type. Themes emerged in seconds, the schema arrived whole. Such instant affinity with the lived experience of other NDs, helps me understand (as equivalent) the ‘social magic’ other neurological types use to understand one another. Kongress had allowed me to swim in a pool of common experience, confirming that our social disablement occurs across neurological types. NDs are not unintuitive, we have a different lived experience to base our intuitions on. In our native environments, we are agile and capable beyond neuro-normative measure.

This ND reality of inhabiting perpetually disabling social environments was perfectly expressed in a poignantly, witty and eloquent line which proved irresistible to me, and provided a powerful motif for two of my photographs.

“My ideas might seem wacky but if they were expressed by a normie they’d at least get listened to.”

Ultimately, my photographs serve as a wink and a wave. I hint at survey findings, without illustrating them. Outside the Box is an invitation to read about Kongress’s findings.

In parts, survey responses are a harrowing read. A deep well of trauma exists in our community, due to the daily onslaught of harms and stigma that play out across lifetimes. For Jon Adams, the survey is a vital passion project, but painful to manage, eliciting a grief response akin to mourning, he says. As a body of testimony, it is emotionally overwhelming, but it also signals a moment. Once unstoppered, a tidal wave of ND activism must surely follow. The arts must respond. 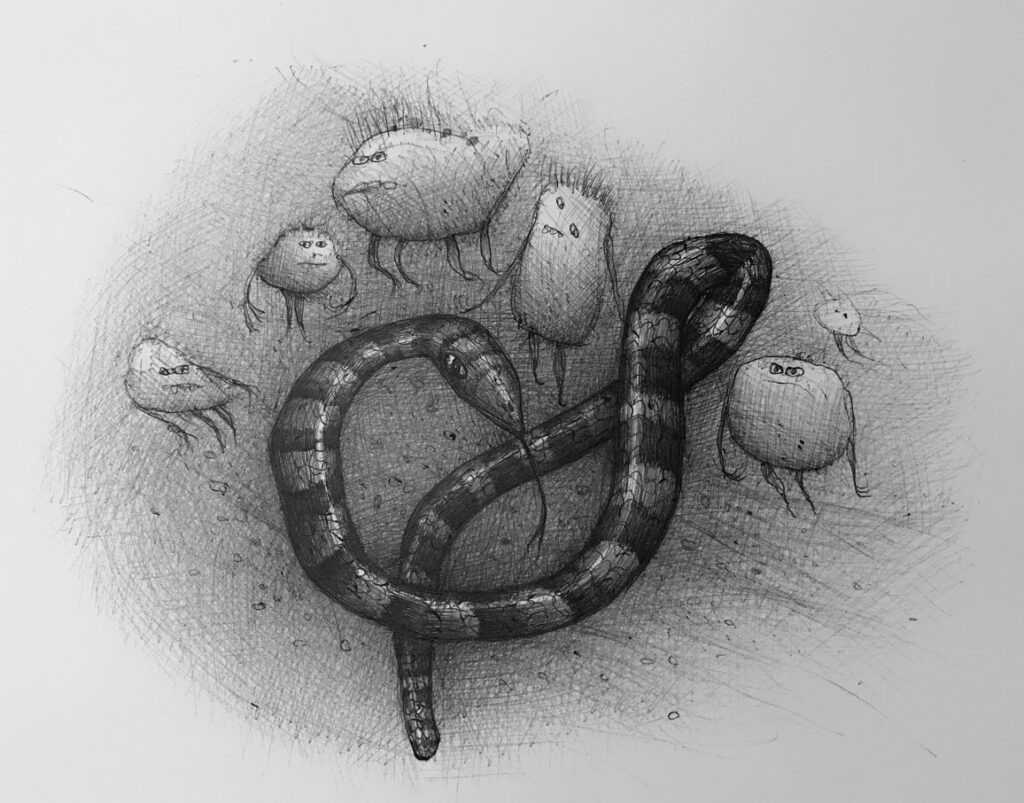 Jon created ‘Snakes & escalators’ as a series of drawings and digital works, highlighting the barriers faced by ND creatives in the fickle (and excluding) game of arts opportunity, which is mediated via hostile neuro-normative social networking.

Barry Hale’s work Hidden is an autostereogram that creates the visual illusion of a three-dimensional scene from a two-dimensional image, and relates to the lived experience of dyspraxia which enables him to “see 3-D objects that aren’t there.” It has taken Barry years to understand why general audiences weren’t connecting with his art, and this work embodies this disconnect and speaks to the challenge he feels curators face in translating our work across neurological types.

Facing life-long, impenetrable barriers to the stage, Cos Michael has turned to poetry, following a career in broadcasting production. She would like to see equality of opportunity across the creative arts. She has written two poems for Kongress, the second of which, Refracted through my prism centres the aesthetic sensibility of synesthesia as a powerful poetic voice. ‘Synesthetes were made for the arts’, is the clarion call.

Ellie Tait has produced a multi-layered response in diverse formats entitled Our Words, which seeks to normalise the lived experience of variable conditions. Works include a series of digital drawings (an alexithymic asemic response) and an audiovisual catalogue poem for which a transcript has been provided.

“On the day this work was created Ellie struggled to use words. Often Ellie seems articulate and able. This day, the words were stuck tight. A duvet draped over made the day bearable. Solitude became essential and silence was craved.”

OVER\LOAD is a short film by Dan Thompson. A static scene features layers of tissue paper and an uncomfortable flickering light, both demonstrating and making poetic reference to the effects of sensory stress. Gradually the papers peel away, floating off camera. Dan invites the viewer to witness the cumulative effect of overload by which we are eroded by hostile environments and working practices, rendered all the more powerful by wordlessness.

Sonja Zelić has created a video piece called A walk with a dog in response to the art sector’s emphasis on speech, which is a significant barrier for many ND creatives. Inspired by a survey comment ‘my own sense of self gets completely lost’, Sonja has used text-to-voice apps to present data from the survey, evoking disorientation in environments where verbal fluency is assumed (and thus demanded). Meaning is further disrupted through the use of unrelated visuals, captured on a dog walk. Her video asserts that ‘relevance’ is elastic, and often meaningless across neurological divides.

Taken as a whole, the Kongress commissions provide a series of nuanced entry points to the survey like the lights on a runway.

The Kongress commissions will be exhibited at the Mozilla Festival in March 2021.

Sonia Boué’s Outside the Box is a series of 10 images presented in PDF format, available here.