Writer, actor and comedian Laurence Clark delivers a stand-up show reflecting his life as a parent with cerebral palsy… and dealing with society’s negative attitudes in the funniest way possible. It played Southbank Centre as part of Unlimited Festival 7 September. Review by Joe Turnbull. In 2012, Laurence Clark and his wife Adele were the subject of a BBC One Documentary ‘We Won’t Drop the Baby’ which followed them for six months in the lead-up to the birth of their second child. Whilst the documentary raised important issues about parenthood and disability, improved Clark’s profile and ensured they were given the star treatment at the hospital (“Being followed by a film crew is much cheaper than going private” quips Clark) – it wasn’t all positive.

The negative backlash the family have received – especially when lurking in the murky depths of the YouTube commentariat – knocked Clark off-kilter when he was at a particularly low-ebb. An Irresponsible Father’s Guide to Parenting is a bombastic riposte to the bigoted, misguided and ill-informed criticism leveled at him.

Clark’s personality is immediately effervescent, his routine is peppered with deftly crafted anecdotes, shock humour and blistering one-liners. All the while he is making a very serious point in lampooning ableist attitudes. He also implicitly pokes fun at the typical tropes of scrounger and superhuman, the two lenses disability is perpetually viewed through.

He is no saint. Far from it, he’s often a sinner. He’s the type of bloke you’d love to go for a drink with; flawed but naturally funny. He acts irresponsibly all the time (including going bungee jumping). But don’t we all? Just because he is disabled why should he be held to some higher standard in order to justify both his own and his children’s very existence?

The central conceit of presenting some of the more eye-brow raising YouTube comments and then poking holes in them is not the most original. Rather than simply reply himself, he gives his kids (via pre-recorded video skits) the chance to respond.

They often steal the show. Some of their comebacks expose the perpetrators as less intelligent than a pair of young children, others are inadvertently funny. But they don’t paint their dad as flawless either. He shouts at his youngest so ferociously that he haunts his dreams. Yet, despite flaws, he is clearly a good dad.

There is some pre-ordained audience interaction which feels a little stilted, but overall Clark comes across as effortlessly charming and genuinely funny. The show is unusually coherent for a stand-up routine, never straying too far from the topic and making some serious points along the way. It was perfect Friday night fodder. And Clark’s children are the best answer of all to any naysayers who question the capacity of loving disabled parents.

An Irresponsible Father’s Guide to Parenting is touring currently touring. 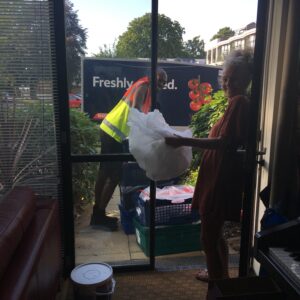 I hate all this extra plastic (you can't receive Tesco delivery shopping any other way now), there is no scientific evidence (and even if there was I am sceptical as science changes so fast, and each scientist changes their minds, just look into Pasteur and Bechamp) you can get a virus from a surface or ... 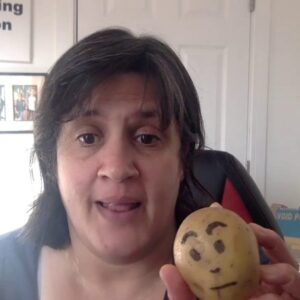 I hope people are holding out ok. I live in my own head a lot of the time, which has its weird lockkdowns, and the flashes of the weird virus of the past infecting the present, but a lot of the time, it is my own beautiful, spectacular cosmos. I make a world to laugh ... 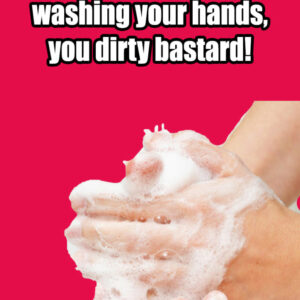 Isn't it strange times, one we are sharing with the whole world. It is also a worrying time for several reasons. I worry for my elderly mum who has COPD, asthma and high blood pressure. She also lives in London. I worry for my fellow disabled artists, many of whom have underlying conditions. I try ...