Lesbian Pirates! is a musical based on the untold true story of the ruthless, maverick and lesbian pirates Anne Bonny and Mary Read. Currently, in development, Natasha Sutton Williams tells Colin Hambrook the story behind this Working Birthday production. 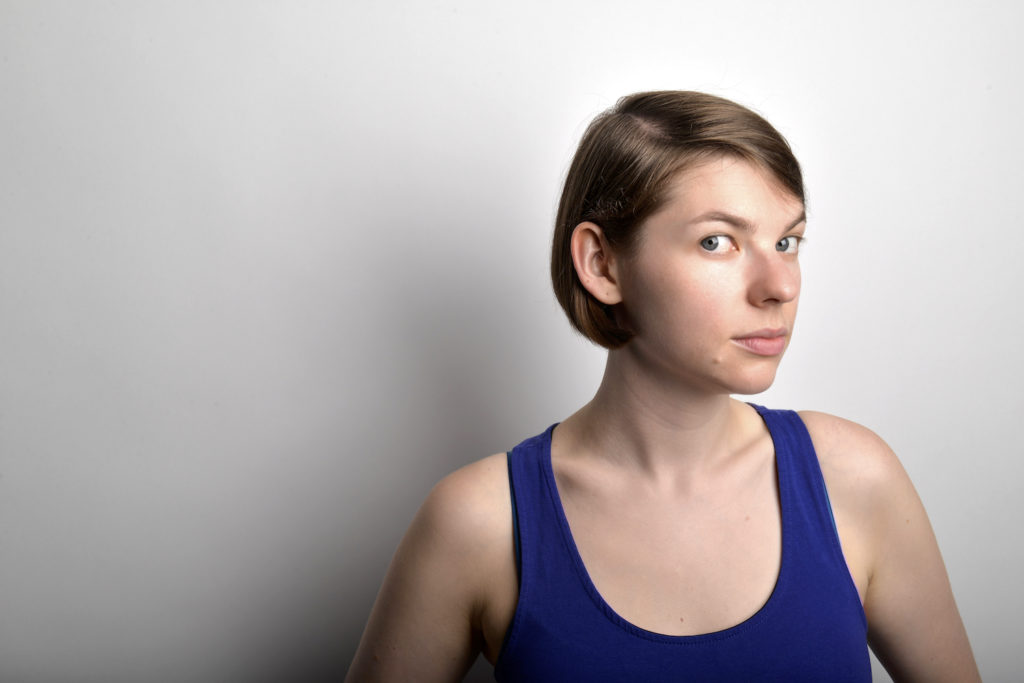 Natasha Sutton Williams is known for writing critically acclaimed plays and musicals about female sexuality and historical icons. She first came across the stories of Anne Bonny and Mary Read when researching forgotten female historical figures. Anne and Mary lived at the tail end of the Golden Age of piracy in the early 1700s – a time when pirates from all nationalities ruled the seas around the Caribbean, where the story is set.

Anne and Mary met while cross-dressing as male pirates, fell in love, slaughtered swathes of men, stole treasure and escaped execution. Having connected with their story and realized through her research, the extent to which pirates became disabled during the course of their battles, Sutton Williams set about writing a show specifically for disabled performers.

“As a disability advocate and disabled artist, I thought it was important to put my money where my mouth was. Here was a fantastic feminist story, featuring complicated, dangerous, audacious, and sometimes immoral characters, who just happen to be disabled. I wanted to write it because I have heard so many disabled performers crying out for complex roles that aren’t being written for them.” 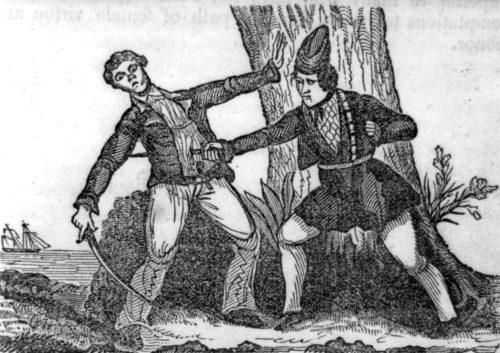 Mary Read killing her antagonist with a sword. Illus. in: The Pirates Own Book, 1842 p.389. [Public domain]

To this end, Sutton Williams’ theatre company Working Birthday will be collaborating with a cast of disabled performers to tell the story of these badass, gender-queer, sexually liberated women. The first iteration of the show will be shared during a residency at artsdepot in London from 3-7 June when they will be developing this swashbuckling adventure about disabled women who are fully possessed of their own sexuality, refusing to be victims.

“I love that Anne and Mary fought for their freedom and risked their own lives in order to experience liberty (as well as other women who did the same but have been lost to the history books). They didn’t want to be tied to the social convention of what a woman was supposed to ‘be’ at the time, which was essentially a vaginal vessel, working on the occasional embroidered decorative plaque to keep them occupied.”

“Anne and Mary were ‘othered’ by their society because they wanted freedom, adventure, and the ability to make their own decisions; they bucked against the norm. I have always experienced a feeling of ‘otherness’ during the course of my life and have at times been told to conceal my sexuality. However, my connection to Anne and Mary is not just about sexuality. It’s ultimately about personality and the ability to be free and express yourself without feeling like you are going to get decimated by society for being who you are.”

During the course of her research, Sutton Williams uncovered many misconceptions about what we understand as piracy. For example, famous historical figures like Francis Drake and Henry Morgan were, in fact, devilish pirates. They did exactly the same thing as pirates: they plundered, pillaged, raped and murdered, but because it was under the British flag, they were deemed, heroes. So, once again the victors rewrote the history books and defined these men as ‘privateers’ working for English monarchs.

“The British Library has lots of beautiful artifacts from the time, including handwritten charters from the British King to the British naval ‘rulers’ of the Caribbean. One year they tell their navy to punish the pirates by hanging and the next year they are told to let them go on their way without punishment as long as they agree to renounce their ways.”

There is a sense in which the British officials prevaricated largely because they couldn’t control the pirates and their unconventional tactics against the establishment. This is augmented by the ways in which pirates reinvented society.

“Sam Conniff Allende’s book Be More Pirate was the first place I read about how a democratic utopia was created and documented on pirate ships. Many people believe pirates were bloodthirsty criminals. In fact, pirates were some of the first innovators of democratic policies on how to live and work fairly. There was huge humanity among the pirate community.”

At the height of the ‘Golden Age of Piracy,’ the pirate’s democratic code included a welfare system that compensated individuals who became injured and impaired. Lesbian Pirates! is inspired by this history and asks the questions ‘how were pirates able to create a democratic landscape in an unstable and unsafe environment?’

“Today, the political conception has been that modern Britain is strong and stable, yet we are driving ourselves headlong into chaos, with democracy crumbling as a result. What did the pirate community understand that we as a modern community don’t?”

To that end, Working Birthday ‘s production will explore how pirate ships can be seen as a historical example of the social model of disability, ie. that disability is a social construct; that the problem is located in the social organization, attitudes, and environment not in the individual’s impairments.

“Injuries and accidents were part of everyday life aboard a pirate ship. Those with missing limbs or senses were not seen as disabled. Accommodations in their environment were made to enable them to work alongside their colleagues. Each individual pirate was treated as an equal, regardless of their impairment. We want to weave this social model idea into our narrative and our physical setting on stage.”

Comparatively little has been written about Anne Bonny and Mary Read in contrast to their male counterparts, so it is not known for certain whether or not Anne and Mary were disabled people. However, Working Birthday has made the conscious decision to give them an emotional and physical journey from being non-disabled to disabled so the musical will explore how this impacted their lives.

“Stories are urgently needed that allow disability to be an element of a character, but not the defining or primary feature. We want to get away from the corrosive idea of ‘representation for representation’s sake’. Whilst we wish to acknowledge disability as part of the pirate ecology in which our characters operate, our primary focus is on collaborating with disabled performers to represent anarchic social upstarts in a turbulent world.”

“Disabled artists constantly have to fight for space to create and be heard. They inherently embody a social upstart status in this unstable, violent and unjust world. I want Lesbian Pirates! to be to the disabled/queer community what Hamilton was for the representation of people of color on stage and reclaim a profound historical story.”

Lesbian Pirates! is currently at the initial stages of development with the support of Unlimited, arts depot, the Canadian Embassy, and the Unity Theatre Trust. For further information visit Working Birthday.