Presented by Poke in the Eye Productions, Libby’s Eyes sits firmly in the modern sci-fi genre that is populating contemporary UK stages. With shows like Lazarus at King’s Cross Theatre, Instructions for Correct Assembly and Alistair McDowall’s X at the Royal Court, Libby’s Eyes is located in a world that is not so dissimilar to our own, but with some terrifying social and technological differences. Review by Natasha Sutton-Williams In Libby’s world the government categorises disabled people as ‘functioning’ and ‘non-functioning’, a pointed metaphor for the Personal Independence Payment (PIP) tests and classifications the current government forces upon disabled people. However, in Libby’s world if you happen to be visually impaired and want to be an independent working person, the government issues you a Reasonable Adjustment Robot that helps you ‘function’ in day-to-day life.

This robot in effect becomes Libby’s eyes and helps her ‘see’ things via Audio Description. What Libby (Georgie Morrell) doesn’t realise is that her robot functions a little differently than the government intends it to, and starts to have a mind of its own.

Libby’s ‘non-functioning’ machine causes havoc in her life, ultimately getting her fired from her job. Libby has to choose between working and living unassisted, or supporting her own ‘non-functioning’ AI which has become her closest friend.

Visually impaired playwright Amy Bethan Evans skilfully subverts the use of Audio Description in theatre, taking creative integration to the next level. From the beginning we are introduced to Libby’s world as she would experience it via a vivacious, personable and occasionally mocking Audio Describer who describes the action on stage.

This AD is not afraid to state her opinion, constantly interrupting the action to give us a detailed report on her personal take. The role of AD is fluid within the show: it is taken over by several characters, including Libby’s cantankerous father (Adam Elms) who rants and shouts obscenities during his audio description.

There is a particularly moving sequence where Libby’s mother (Holly Joyce) audio describes Libby’s government tribunal; the description is full of feeling from a mother who is desperate to help her daughter but who has run out of options and has been crushed by the system that Libby is still rallying against. The play also critiques the ‘inspiring’ narratives of disabled characters and how they are inexpertly expressed in drama. It exposes the clichés that disabled protagonists are either ‘inspirational’ or ‘martyrs’ for their cause. At the end of the show Libby literally walks out of her own narrative and demands she be taken on her own terms.

Although the show is a bold and humorous critique of societal prejudice against disabled people, there is still room for development. The characters are fully engaged when they are relating to the idea of what it means to be disabled. When they are situated in any other context, they are less sculpted and defined. Regardless, the play shrieks with a battle cry of indignation at the current government’s approach to disabled people’s rights and needs, and it does it all with a sarcastic smile on its face.

Look out for what playwright Evans and her creative team produce next as it is sure to ignite a fire in your belly and a guffaw in your lungs. 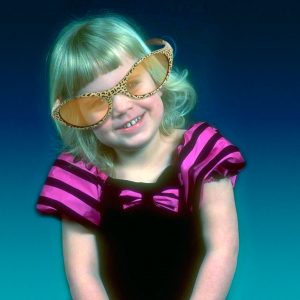 After their success with Chris Campion’s Catching the Ghost at the Bloomsbury Festival last year, Extant have been invited to take Amy Bethan Evans new play Tinted there in October. DAO spoke to the playwright to find out about the forthcoming production. It feels amazing to be a part of the Bloomsbury Festival, especially so soon ... 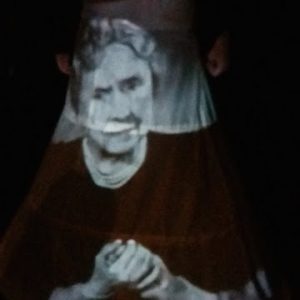 Sensing Helen: the story so far…

It began with a playreading two years ago. Friend and fellow Artist Michele O’Brien and I sat down to read William Gibson’s The Miracle Worker. I was instantly struck with Helen Keller’s childhood story – how she developed a communication system with companion Anne Sullivan – enabling her to interact with her family and later ...