Disability theatre company, Fittings Multimedia, headed by Garry Robson got an Unlimited commission (administered by Shape and Artsadmin) to take the first ever contingent of D/deaf and disabled performers, the ‘Unlimited House of Krip’ to the North West’s vibrant Vogue Ball scene. Joe Turnbull spoke to Robson and Darren Suarez, organiser of the House of Suarez Vogue Balls, ahead of Unlimited House of Krip’s debut on 21 October at the Wind Factory in Liverpool.

“It was through my producer Adrian Turrell-Watts that I found out about House of Suarez’s Vogue Ball. He was raving about it and saying I had to come and see one,” Garry Robson, the project lead on the Unlimited House of Krip tells me, excitedly.

“When I went to see the ball in Manchester, it absolutely blew me away. It’s hugely feisty, exciting and noisy. It’s a bit of a bear pit, in some ways. The dancing styles were fascinating. When I was watching it, it reminded me so much of British Sign Language and sign work and that really intrigued me. Also, it wasn’t just super slim young dancers, there were different types. I thought ‘this is great, an acceptance of bodily difference; we’re missing a trick here.’”

Ball, Ballroom and Vogue are underground subcultures born out of the melting pot of New York’s LGBTQ scene, particularly spearheaded by Black and Latino communities. At balls, groups known as ‘houses’ compete against each other in different categories. ‘Voguing’ refers to a dance style with certain pre-determined moves; a vocabulary that must be followed but with the individual’s own twist.

It’s since migrated to the UK, with London in particular having a thriving ballroom scene. But choreographer and dance lecturer Darren Suarez, Artistic Director of House of Suarez, wanted to give it a distinctively Northern twist. His Vogue Balls in Liverpool and Manchester have been snowballing (excuse the pun), with the event now a guaranteed sell-out date on the calendar.

“In London, the scene is emulating New York. So you have to have the Vogue skills to be involved, there’s Ballroom restrictions. That’s fine, the UK needs a ballroom scene. But I’m really passionate about doing the celebrational ball because it opens it up for people from any walk of life to be involved.”

“Voguing and balls are all about outsider culture,” explains Robson. “So Darren is very interested in developing what that means further, exploring other oppressed people on the margins. That’s the root of Vogue. For Deaf and disabled people it’s an obvious place to look to.”

Conversations between the pair have been ongoing for a number of years. “It’s been a really stimulating an lively exchange which moves forward my thinking about art, the way we make things and the importance of people’s voices,” enthuses Robson. Thanks to funding from Unlimited, those conversations are becoming a reality.

“We’re creating a new house, The Unlimited House of Krip. The idea is we’re putting together a group of dancers and performers who identify as D/deaf or disabled,” Robson says. “We’ve been working with them on the Vogue styles that are part of this movement. At the same time we’ve been looking at incorporating access into that: sign language and audio description. This is a whole new thing for the Ball.” But this is far from a box-ticking exercise for House of Suarez.

“Obviously, I’m pleased that such a diverse house is getting involved in my event, because it just expands what I’m trying to achieve; which is that the Ball is for people from any walk of life. But, selfishly, I’m more interested in what boundaries we can push choreographically and creatively for signing and Vogue because there are parallels there. It’s hand movements, it’s gestures. I want to see how we can take the form to a new level.”

And what Suarez has seen thus far has really impressed him.

“I did a masterclass with Mark Smith, the House of Krip choreographer and the dancers, teaching them the vocabulary and the disciplines we look at for the ball. These people came and just absolutely got it. The signers picked up the techniques so quickly because they look all the time, they interpret things visually. The articulation in their hands and arms is so much more engaged than a non-signer.”

Each Vogue Ball is themed, with this month’s event being based around ‘Seven Deadly Sins’. There will be up to 16 houses competing across five different dance categories including solo and group performances, and for the first time at a House of Suarez Ball, there will be a lip-synching competition.

Robson is tight-lipped when I ask about the costumes, not wanting to give too much away before the event.

“The costumes will reflect the theme whilst riffing off crip culture. The creative access side will be reflected in the costumes too. The creative access is one of the most exciting aspects, because it’s taking the Balls to whole new place. So as well as our guys getting out there and strutting their stuff, it’s also changing the way the Balls look at how they present themselves and the people who can take part.”

Whilst the pair’s anticipation for the event is palpable, in many ways that’s only the beginning. Unlimited House Krip will be going to the Manchester ball in February next year, for starters. Robson shares what else is on the horizon:

“We’re also making a semi-scripted documentary, working with a filmmaker right from the word go. She filmed the whole process of putting the House together. When the Ball is completed, I’ll work closely with the filmmaker to edit the film. It will explore the creation of the house, the impact on the participants and on Ball culture itself. The idea is that we’ll take that out, along with the House itself to different venues and we’ll put on a mini-ball to some degree; that’s what people are very interested in. They’re very big events, so how practical that will be remains to be seen. At the same time, I’m working with Homotopia to develop a theatre show based on the experience.”

I ask Robson how he rates their chances in any of the competitive categories.

“They’re good. I’m sure there will be some purists saying ‘this isn’t Vogue’. But we’re bringing something completely new to the table.”

Whether they are victorious remains to be seen. But surely if they succeed in making the Vogue Ball scene more accessible whilst pushing its creative boundaries, that will be the biggest win of all. 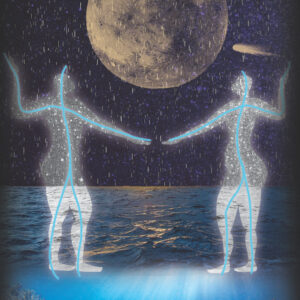