2019 marks the 20th anniversary of the Live Art Development Agency (LADA), the world’s leading organisation for Live Art, which has throughout its history been committed to diversity and difference. To celebrate, LADA is running a series of events and launching publications across the year. Co-founder and Director Lois Keidan speaks to DAO about this landmark achievement. 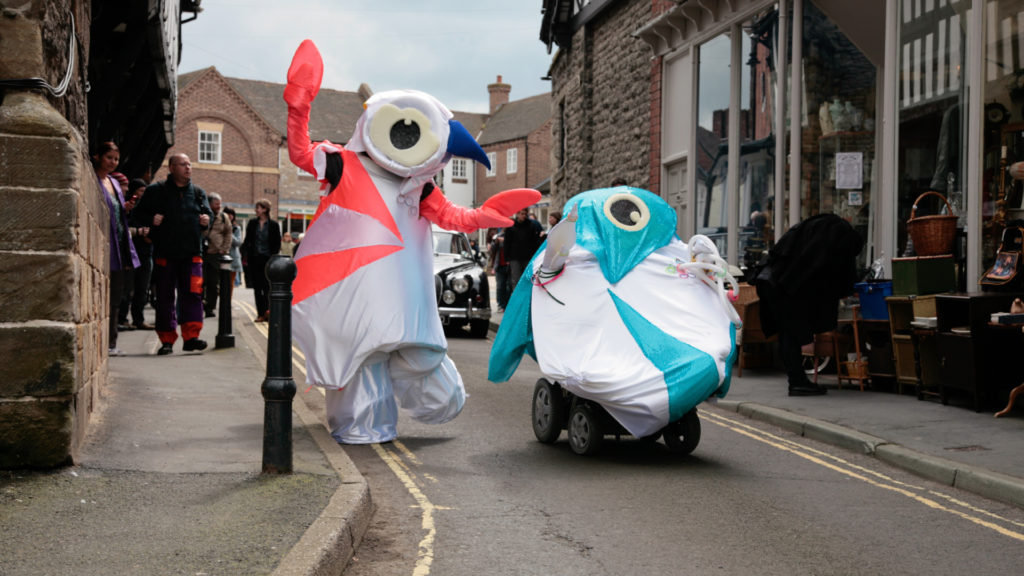 What is Live Art? it’s always a form which has defied simple categorisation, straddling avant-garde theatre, dance, performance art and visual art. At the very least, it’s a spiritual successor to the happenings of the Fifties and the radical performance art of the Sixties.

“It doesn’t matter what it is. It’s what it’s doing and what it’s saying,” asserts Lois Keidan, LADA’s co-founder and Director. “That’s why Live Art is such important terminology for us, it’s not about trying to define or fix what an artist does but create a space in which anything is possible.”

Twenty years ago, Arts Council England provided LADA with the funds to consolidate, develop and advocate for this burgeoning area of practice. “What we do and how we do it hasn’t changed all that much,” Keidan explains. “But the area of practice out there that we’re engaging with has changed enormously, so we’re trying to respond to that in all kinds of ways.”

The arts landscape may have shifted like quicksand beneath our collective feet in that time, but for Keidan and LADA, a number of things have stayed the same:

“What’s really been important for us across the twenty years, and increasingly so, is providing a space to support artists and ideas that are the most challenging, operating at the margins of society, that are the most difficult. That, for us, is what Live Art is all about. Different ways of thinking about art, different kinds of relationships to audiences. But also who has cultural agency and what they are allowed to do with it?

People ask us why we do so much work with queer artists, disabled artists and artists of colour. Because that’s where the most interesting work tends to happen. The sort of work that is most misunderstood by funding structures and hierarchies. We try to support the artists that feel that they don’t have a place.” 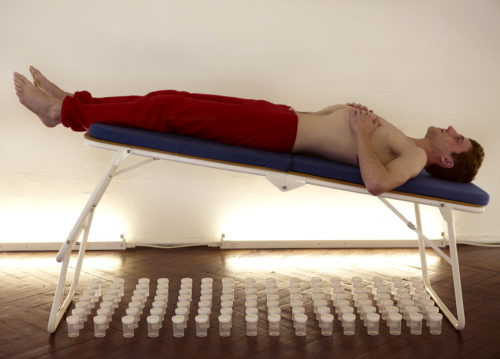 LADA have been an incubator for some of the most experimental and provocative disabled artists to come through in that time, including radical performance artist Martin O’Brien and the infamous Disabled Avant-Garde.

The Disabled Avant-Garde were similarly effusive:

“Since 2006 the Disabled Avant-Garde have made a number of works that have been critically acclaimed internationally. Our work is genuinely challenging and takes an innovative approach to formal experiment and content. We have courted controversy and refuse to conform to the sanitised versions of ‘disability art’ that are more prominently promoted in the UK. Thus, it has been essential to our precarious existence that we have had the full support from Lois Keidan and the Live Art Development Agency since early in our collaboration. As well as commissioned live works such as ‘Robots Destroy the Tower of Babble’, and ‘Bad Mascots’, our collection of short films ‘The DAG Bite the Hand that Feeds’ was published by LADA in 2012, allowing us to reach a wider audience than would otherwise have been the case.”

That quote was provided by the Disabled Avant-Garde just before the untimely death of Katherine Araniello, one half of the DAG duo. Araniello had a special relationship with LADA which lasted several years. Keidan is still reeling from the loss:

“There’s a huge Katherine-shaped hole in LADA and Live Art generally, and also in my personal life. We were very close friends. She taught me so much and enabled us to do things that previously we might have felt cautious about or felt we couldn’t do. But she was adamant that she was an artist first and a disabled person second. We’re not a disability-led organisation, we’re Live Art-led and that was really important for her that we were placing her work in that context.”

Araniello had been due to feature in a whole range of LADA’s 20th-anniversary events and celebrations. With her partner and family’s blessing, they went ahead with the LADA screens event on 16 April, turning it into a celebration of Araniello’s work and life. 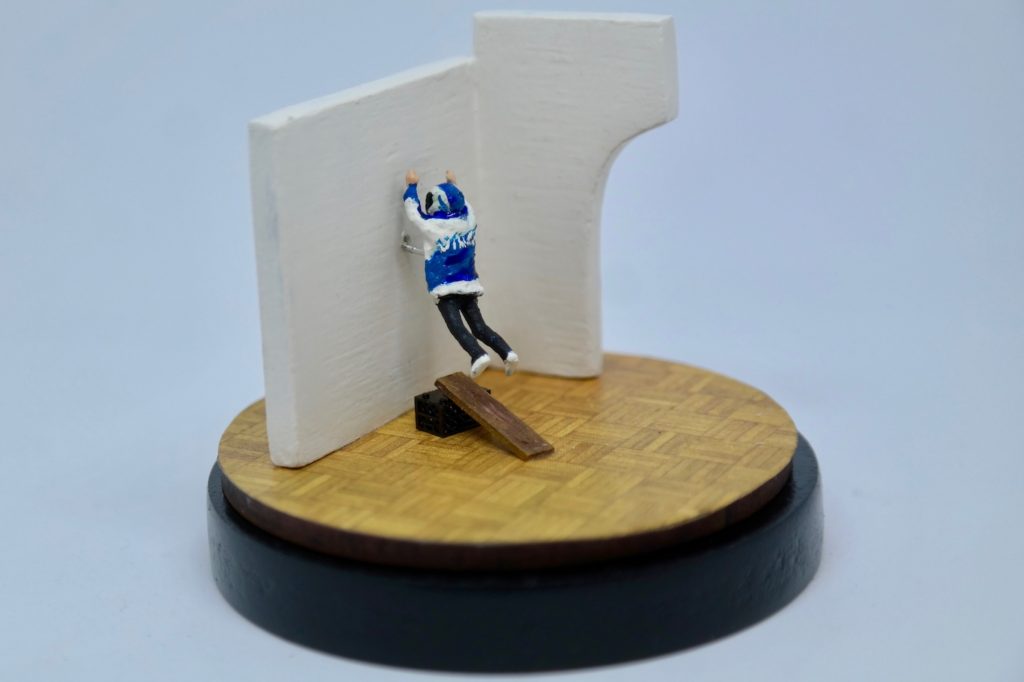 To mark their twentieth year, LADA commissioned Rob Daniels to create a series of 20 ‘Tiny Live Arts’ – dioramas of some of the most important Live Art performances nominated by artists, writers and curators. LADA had always planned to commission a 21st piece as a ‘peoples vote,’ but in a touching gesture, Keidan explains they changed tack: “We overruled that and decided Katherine’s work The Dinner Party would be the 21st one”. LADA have also launched a disabled artist bursary for ‘a radical politicised artist who identifies as disabled’ in Araniello’s honour. They hope to make it an annual award.

But LADA’s own legacy goes far beyond supporting individual artists, as important as that aim is. Their remit has long been about putting Live Art on the map, legitimising it as an artform and influencing the wider arts sector.

“A really big turning point for us was an event at Tate Modern in 2003 called Live Culture,” recalls Keidan. At the time, Tate Modern was still relatively new. “They wanted to test what kind of work they could house, what audiences could come, how they could use the building.”

One of the works LADA programmed for Live Culture was Franco B’s now iconic I Miss You, in which he walked down a deathly white catwalk set up in the Turbine Hall. He was naked, painted all in white, as crimson blood erupted down his arms engulfing the sanitised backdrop, underscored by nothing but the eerie clicks of paparazzi cameras. Keidan expands on the impact:

“It wasn’t an easy work. But one of the messages that came out of that was this is important work. Don’t censor it. If Tate can do it, anyone can. Art historian and curator, Roselee Goldberg said seeing that work gave her permission to go back to New York and set up the now renowned performance art organisation and festival, Performa. Tate said it proved there was an appetite for performative work. It gave them the impetus to go ahead with developing Tate Tanks and other live performance. In a sense it legitimised Live Art, without compromising it.”

The growing cachet of Live Art thanks to such events still wasn’t enough to secure its place in history, at least in the eyes of some. As an artform which is by definition temporal – i.e. time based, fleeting and ephemeral, LADA has had the foresight to embody and enshrine it in the written word. As Keidan observes:

“Our work in publishing is also really vital. Books give legitimacy to this kind of work but also make sure it’s recognised historically. Ron Athey was an absolute pariah in the States, denounced in the House of Representatives. We published a beautiful book on his work and now museums are opening their doors to him.”

Related to this, LADA works in the field of academic research, partnering with organisations like Queen Mary and the global network of performance scholars, Performance Studies International, Goldsmith’s and Roehampton to ensure Live Art is taken seriously by the academy. Restock, Rethink, Reflect Is the name given to LADA’s more in-depth research programmes lasting 2-3 years.

“We look at a particular issue or question that tends to be marginalised from history,” Keidan explains. “We begin to look at how we can rewrite histories and invest in different kinds of futures.”

The first such programme looked at race. The second, examining disability, produced a publication entitled Disability and Live Art: Access All Areas, described by Maria Oshodi, Artistic Director/CEO of Extant as a ‘paradigm shift in the representation of disability and how it is talked about’. LADA is just embarking on its fifth such programme, entitled ‘Managing the Radical’.

If that’s anything to go by, it seems LADA will be just as radical over the next two decades as the last. I cheekily ask Keidan what she thinks the future might hold for Live Art, in general, over the next twenty years:

“I think Live Art will flourish. It’s one of the best ways of working in difficult times and with difficult issues. Live Art has always had very scant resources, so I think it will carry on surviving as an area of practice. The places that support and where it’s seen, who knows what will happen there? I hope Live Art will help people get through these terrible times. It’s one of the few spaces left for real dissent.”

On Thursday 6 June, LADA at 20: Readings from the Pulpit continues at the Garrett Centre in London, free admission.

LADA will be continuing the 20th-anniversary celebrations throughout the year, visit their website for details.