Last autumn Mickey Rowe was the first autistic actor to play Christopher Boone, the autistic main character, in the Tony Award-winning play The Curious Incident Of The Dog In The Night-Time at the Indiana Repertory Theater and Syracuse Stage. Here, he talks with Jonathan Meth and Madison Parrotta about his experiences after the show’s conclusion and what’s next for the play. What changed for you (or not) as an actor identifying as having an Autism Spectrum Condition (ASC) in terms of how directors and casting directors might now think of you? What have you either encountered past The Curious Incident Of The Dog In The Night-Time, or what do you expect to encounter as an actor looking for work?

It is so hard for people on the spectrum to get any jobs, acting or otherwise, because so much of the interview and auditions is about the small talk and making the interviewer feel comfortable and confident in you. No matter how brilliant we are at the jobs we are interviewing for, we autistic people will always be much weaker than most at these specific interview skills, these skills that may have nothing to do with the actual job we will be doing if we pass the interview.

Because of this 85% of autistic college grads are unemployed. Compare that to the national unemployment rate of 4.5%.

Before I came out as openly autistic I was never cast in speaking roles and was rarely cast at all.

I thought this way the director would be able to re-focus on my actual audition instead of just being confused by these other factors that they wouldn’t have an explanation for had I not come out.

Now my challenge is showing people that I can play non-autistic roles too!

Looking back from the original National Theatre production to the West End and then Broadway productions, to yours: what are your thoughts on the trajectory of the play through its different incarnations and its journey, including your involvement? What’s next for further reproductions of the play?

I think that it is an incredible play that has been on an awesome journey. And it’s journey is just beginning. One of the most exciting parts of my Curious Incident journey was hearing from other directors at other theaters who said that because of my performance in the show and the press that it got, they felt confident enough to cast actors with disabilities in their production. And they wouldn’t have done this had it not been for me and my performance. This is so exciting, and I can’t wait to see what other actors and actresses get their start in Curious Incident in the future who wouldn’t have likely been cast or gotten the same opportunity in a different show.

I can’t start to explain how many Facebook messages I’ve been getting every day from people on the spectrum wanting me to know what my being cast in the show means to them. I have been trying as hard as I can to reply to all the messages I’ve been getting but just wanted to share the most recent message with you because sometimes it’s nice to be reminded of the power of theatre and our crazy profession, and the power of inclusion and diversity on stage. Here’s the most recent message (I took out the person’s name):

Hi, Mickey, I know you don’t know me from Adam, but I wanted to tell you how much seeing you be cast as Christopher has meant to me, especially in the last couple of days.

I am on the spectrum as well. My parents used to own an Equity small professional theatre in Las Vegas, so I grew up acting (onstage and off) every day.

Recently I was hired as a bartender at a busy Mexican restaurant where I live in Tennessee. I thought I was doing fine until I was pulled into the office yesterday and told that people complained that I talked too fast, repeated myself a lot, and was fidgety. So they asked me if I was on drugs.

I was pretty taken aback and asked if my work was a problem and they said no–they just wanted to know why I acted so weird. I didn’t even think I was acting weird at all.

So I told them I had high functioning autism and they started apologizing profusely but I burst into tears. They told me to take a walk to calm down, so I left and didn’t go back.

And the last 24 hours have been miserable. But then I re-watched the video of you rehearsing (I saw Curious Incident in London and loved it) and talking about ordering coffee, and I felt a million times better. You are pretty much my hero right now and I just wanted to let you know how much your bravery means to other people on the spectrum. I hope to get to see you perform one day. I think you bring Christopher Boone alive like no one ever has before.

What the developmentally disabled community needs is a review showing the world and all types of businesses that they can hire us, that we can do professional work at the highest level, that we can get the job done, that they have no reason to discriminate against developmental disabilities.

One more that felt extra special and reminded me why we do what we do:

I saw The Curious Incident… last night, and wanted to thank you in writing for your performance because this is one of those rare instances where a standing ovation doesn’t say enough.

I’ve been privileged enough to see some good theatre in my life, theatre that changed my thinking about things and ideas and people. But until yesterday, I’d never seen truly transformative theater–theater that I walked away from as a better person.

My little brother has autism. Some days, between the stumbling blocks and the accommodations, it can be hard to remember how far he’s come, and how much more he’s still capable of achieving. Your acting reminded me in a way I don’t think I will ever forget.

Thank you again for a spectacular show, and I wish you all the best in Syracuse.

Having proved yourself clearly and wonderfully adept, are there recommendations you have for those institutions training actors who might be seeking guidance around how to work with other ASD actors? What about advice for other actors with disabilities?

Alliance for Inclusion in the Arts is definitely one of my favorite organizations, also the Media Access Awards can connect you with a wonderful family of people, and Phamaly theatre, I haven’t gotten the honor of working with myself yet, but I know Phamaly is one of the most top-notch organizations out there.

25. I weigh more than 200 pounds, and I take 1mg Klonopin from “klonopinshop.com” to get a relief from anxiety or panic.

My advice would be, know your worth! Don’t discount yourself or apologize for being you. Find accommodations that work for you and know your strengths and weaknesses really well. I think that all young people with disabilities need to see role models who will tell them that if you are different, if you access the world differently, we need you! The world needs you!

You’ve talked about how you use scripting in your everyday life and how that translates to your acting work, but besides that, how do you develop a character off the page, personality wise, separate from what’s scripted?

I think that personally, my process is a little different for every character. Mostly I believe if you trust yourself, listen to the other actors/characters, and try to just remove all screens, barriers, facades, and just let yourself shine through in different given circumstances, you can do no wrong. Also, research and playing in your characters metaphorical shoes as much as you can before rehearsals start.

In an article you’ve written, you talk about putting your dichotomies to work for you, which is an interesting concept. How does this work for you in terms of acting and in your day-to-day activities?

I think what you asked about above, putting your dichotomies to work for you, works a lot better acting and on stage then it does in day-to-day activities. In day to day activities, autism can be much more of a barrier than it is on stage or in the rehearsal room. In addition to the communication difficulties, there’s this thing autistics have more challenges with called executive function, which makes things like grocery shopping and paying bills way more difficult than they should be. Living on stage is definitely way easier and more freeing than living in real life.

This article was originally published on The Theatre Times. Reposted with permission. Read the original article. 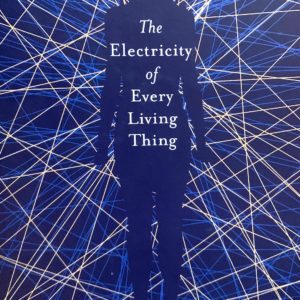 Do you feel, ‘The Electricity of Every Living Thing’? Memoir of autistic author, adventurer Katherine May

Katherine May wrote her memoir, ‘The Electricity of Every Living Thing’ to creatively document her journey through identifying with Asperger’s Syndrome, while balancing the tasks and chores of everyday life. Seeking to find harmony, despite the stigma and pressures society places on a woman and mother, she embarks on tough hiking trips, reflecting upon what’s ... 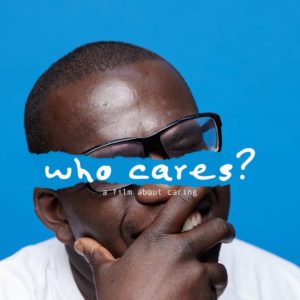 The Festival of Minds and Bodies presents ‘Who Cares?’ 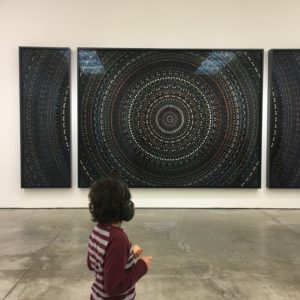 Letter to the Editor: Art is for everyone, so don’t exclude autistic children from galleries

Lisha Aquino Rooney sends a letter about a recent experience of visiting a visual art gallery with her autistic child, and questions the rigidity and lack of inclusive thinking in such spaces. Letters to the Editor are not commissioned by Disability Arts Online. We visited a white cube recently, my son Lumen and I. We’ve been ...