Exceptional and Extraordinary is a collaboration between four artists and experts in medical history, disability and museums, exploring behind the scenes of eight of the UK’s most renowned medical museums. The result is a series of provocative performances taking place at the partner museums across the UK this June. Kate Lovell spoke to Richard Sandell, Professor of Museum Studies at University of Leicester, who is co-leading the project. 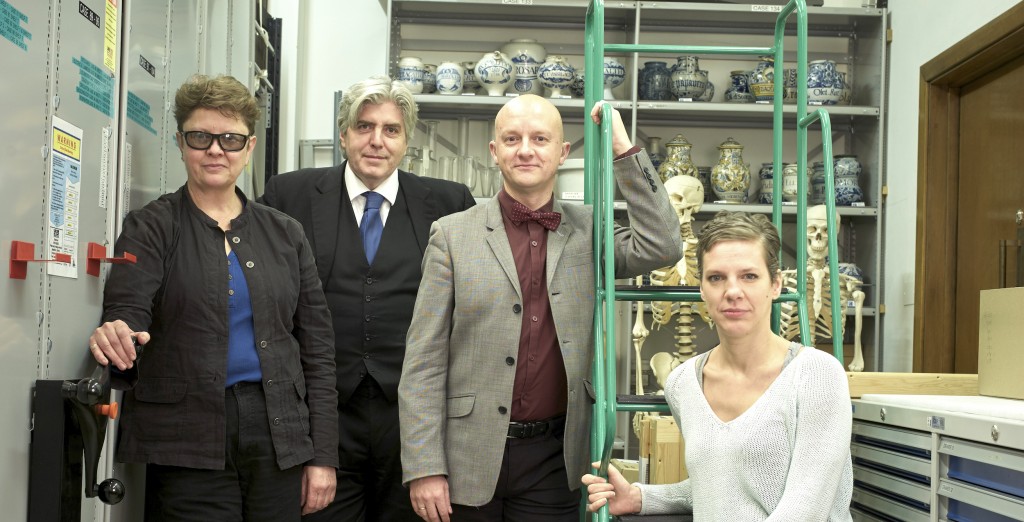 Body parts, ‘curiosities’ and foetuses floating in formaldehyde are my abiding memory of an impactful visit to the Hunterian Museum at Lincolns Inn Fields a number of years ago. Why does this still exist? Why are we being invited to gaze at these so-called curiosities? Is this respectful? All of these questions swirl through the corridors of the Hunterian, some perhaps caught and pondered by the public visiting, other people never considering the whys and wherefores. In the Exceptional and Extraordinary performance series, there is a response to such musings. Questions are raised around contemporary representations of disability and difference, sparked by the exhibits and archives of eight national museums. 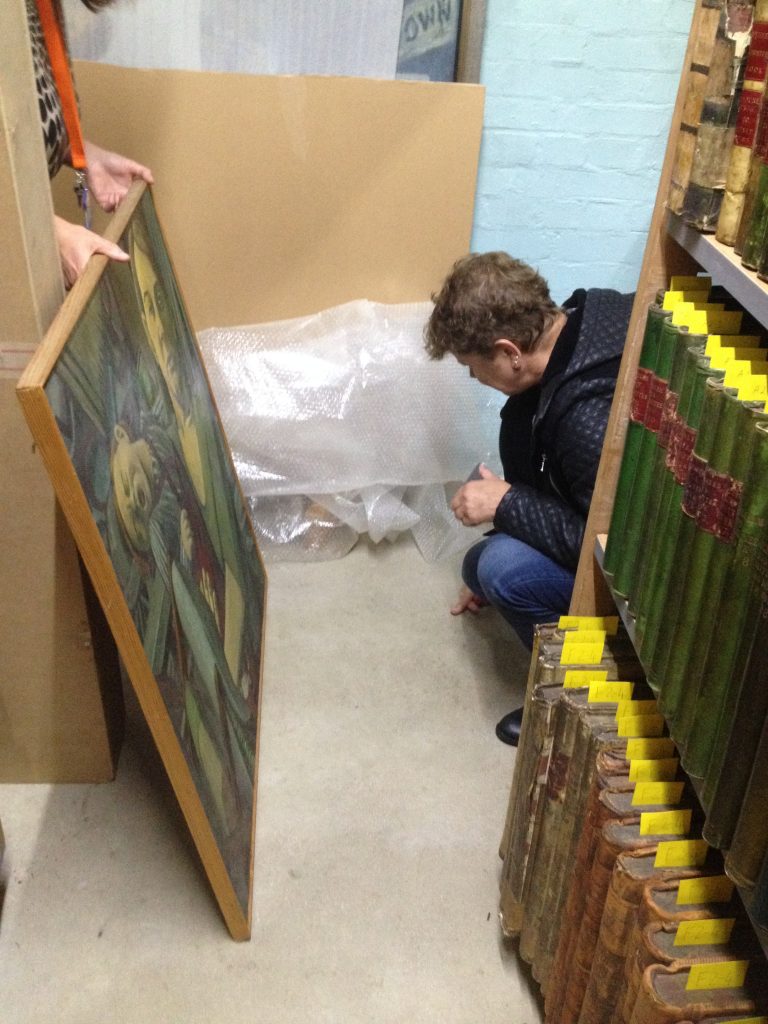 Julie McNamara explores the archives of Bethlem Museum of the Mind

With the expertise, passion and creative vision of Richard Sandell with his colleague Jocelyn Dodd, and under the umbrella of the Research Centre for Museums and Galleries at the University of Leicester, the Hunterian Museum at the Royal College of Surgeons of England (RCS); the Science Museum; the Royal College of Physicians (RCP); Thackray Medical Museum, Leeds; the Royal London Hospital Museum and Archives; Surgeons’ Hall Museums at the Royal College of Surgeons of Edinburgh; Museum of the Mind; and Langdon Down Museum of Learning Disability have taken part in a collaboration with four artists. Three are disabled artists, and all four have a deep understanding of what it means to face barriers in society, and together, four brand new artworks have been produced and will be presented to the public this June.

Sandell explains that for a number of years, he and colleagues have been “trying to use museums to tell different stories around disability and challenge audiences”, which began with a commission called Cabinet of Curiosities, where disabled artist Mat Fraser was invited to respond to the exhibits and archives of the Royal College of Physicians.

“Working with a performing artist like Mat Fraser was new to us. what we saw were stories of a different kind with Cabinet of Curiosities. We saw the amazing potential that bringing in those different voices into the museum context held for the kinds of work we were trying to do. We could see that live art was really powerful. It brought a personal experience of lived experience of disability and difference into the museum. It also had a very visceral, emotional capacity to provoke that very emotional, visceral response in audiences which is something museums haven’t always embraced and been so good at.” 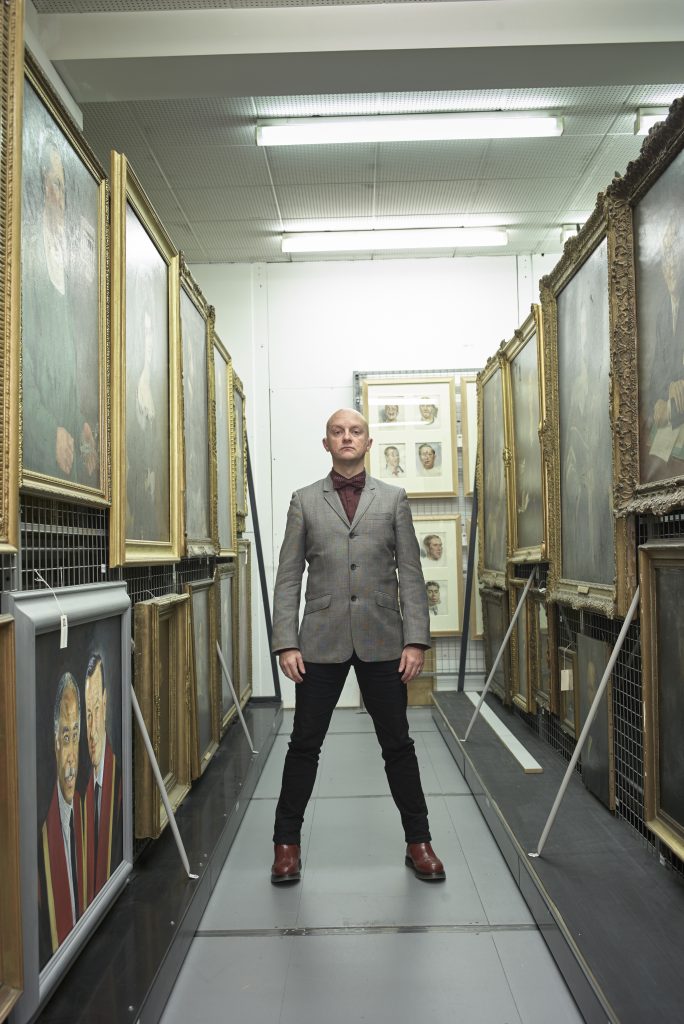 “They are often a little bit more clinical and objective and detached so to bring that much more personal, political, emotional voice which live art was able to do into the museum context, and kind of couple it with the museum capacity, was this really powerful combination. We believe museums have this ability to shape the way people think about things and to challenge them, so soon after we’d realised this power by working with Mat on Cabinet of Curiosities, we started developing and then seeking funds for Exceptional and Extraordinary, so it’s been more than two years in the making.”

It was important who the artists were, both in terms of diversity of experience, and the content and form of the art they make. Sandell and Jocelyn worked with Tony Heaton of Shape, with whom they have a relationship stretching back over twenty years, to support them to find the right people to make work for the Exceptional and Extraordinary commission.

“We looked across the work of a range of artists who work in the field of disability arts or whose practice seemed to chime with our ambition, which was to challenge people around attitudes towards difference. So we looked for artists whose work had that kind of ambition and content, and then we looked for a variety of different art forms. In contrast, perhaps, to other museum projects that have done more work around installation or exhibition, visual work, we wanted to work with a different kind of performance and with live artists because we felt it’s quite a complicated message and we wanted the work to carry a rich narrative.”

“What was really exciting was that each of the four artists that we asked all said yes, and the same with the museum partners. So the project that you see now − four artists, eight museums and a range of advisors − was our dream team of people to bring together, there were no compromises and that was just fantastic.” 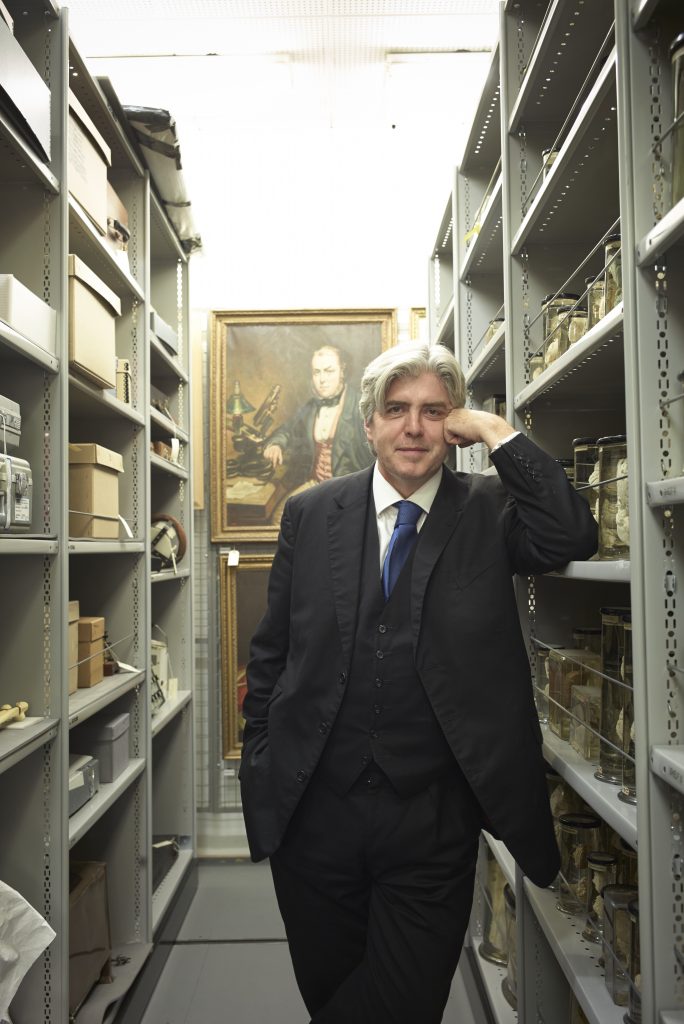 The four artists working on Exceptional and Extraordinary are documentarian David Hevey, performance artist Julie McNamara, choreographer Mark Smith of Deaf Men Dancing and self-titled ‘wobbly’ comedienne and political activist, Francesca Martinez. When reading the diversity of art forms and backgrounds in combination with the museums involved, it’s no surprise that Sandell describes them as a dream team.

The approach to creating the work is similarly well-considered and busts out of oft-times frustrating ‘like for like’ restrictions on disabled artists where laziness or lack of thought can inadvertently match people to certain topics according to their impairment.

“What we wanted to do in the artists is get a mix of people who are different, with a shared interest in the political ambitions of the work, a variety of art practices, and also a range of different kinds of experiences of disability. But also, we didn’t want to neatly match people up; so we didn’t want to say, an artist with the lived experience of mental health works specifically with the museum that looks at that. We wanted them to interact with the museums, but it was a broader aim to try and get diversity of experience within there and so we were keen to cover a range of experience, but not kind of tick boxes one by one.”

Museums do tend to get a bad reputation on occasions, the stereotypes of grey-jumper clad dinosaurs jealously protecting collections and territories does still rear its ugly head. Has there been an issue with artists delving in and wreaking havoc with carefully curated spaces? Refreshingly, not really.

“Individual museum staff that we’ve worked with have been incredibly open and up for it. Museums generally have a reputation for being quite conservative, quite risk averse, and there is a broader debate in museums about taking a more political and moral stand point on issues and being bolder and braver, so all the individuals we’re working with closely are really up for that. But they have to negotiate their own institutional contexts and it’s where the research centre is quite helpful because we’ve initiated and led on the projects, so the partners are all in it together. We’re supporting them, and they’re able to perhaps take a bigger risk than if they were doing it on their own, and I think that has been really crucial.” 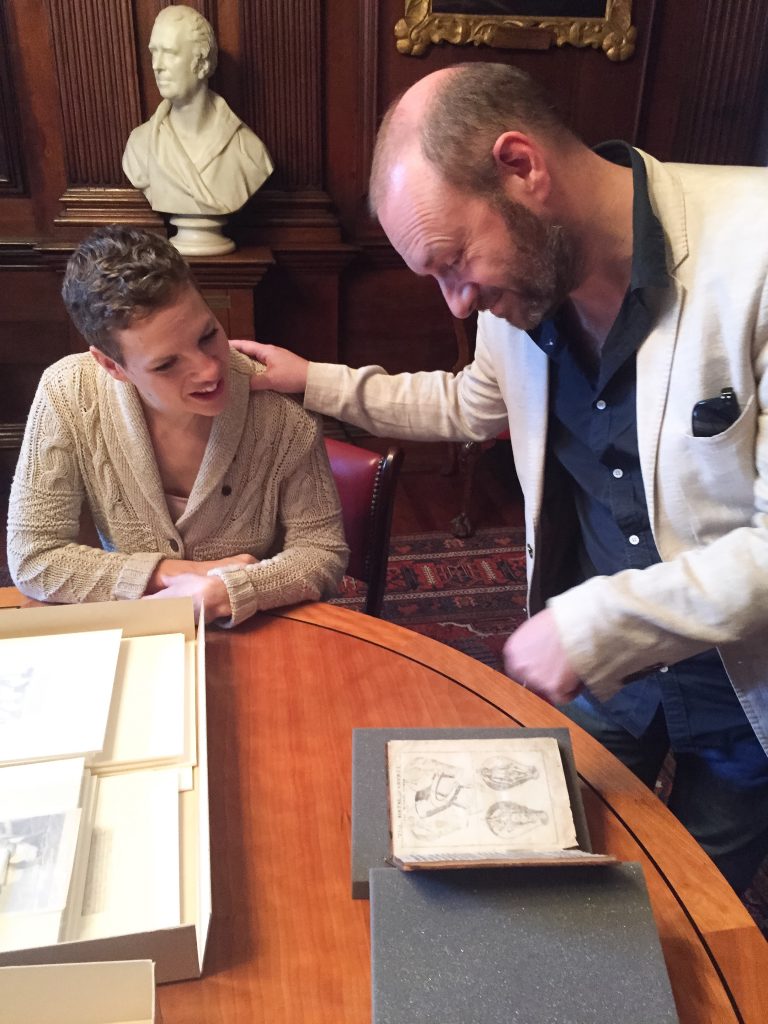 Francesca Martinez at the Royal College of Physicians.

“Many medical museums have realised that they’ve got to think differently and they have a responsibility to question and rethink the ideas that are put across in their displays which were created in many cases by medical practitioners for medical practitioners. Now, as these places are much more public, they have to engage with the changing world of disability and disability rights and so on.”

“There’s a real openness there, but there is so much more to do and some disabled people are very critical of those medicalised narratives that come up, not just in medical museums, but in museums more generally. Me and Jocelyn started working in this area about twenty years ago and found that museums have done a lot of work around women’s history and black history and so on. But disability was almost entirely missing from museum stories and where it did appear, not just in medical museums, but where it appeared in art museums, history museums, very often reflected a kind of stereotypical negative view of disabled people.”

“Museums as a whole have had to really take on this challenge and look at what their responsibilities are to tell stories, to collect different things, to tell different stories about those collections and although our aim with Exceptional and Extraordinary is to stimulate public debate, we also want to change museums, we want to change what they do, and how they move forward, because we think there’s a lot of untapped potential there to enrich public thinking in a much more progressive way.”

Exceptional and Extraordinary events are touring the partner organisations throughout June, for full listings, see here. 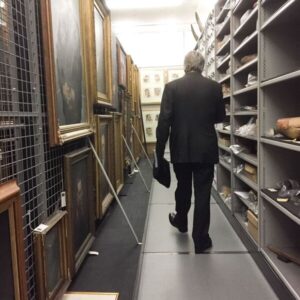 The darkening skies: David Hevey talks to Kate Lovell about his new documentary ‘The Fight for Life’

It couldn’t be timelier. Just a few days after the highly controversial Hollywood film about assisted dying, Me Before You was released across cinemas nationwide to widespread horror amongst the disabled community, David Hevey’s film about the debate on disabled people and their right to life premiered in London on June 9th. Hevey’s film is ...