Dao asked Mik Scarlet to capture a slice of Disability Arts history from the 1990s when a bunch of disabled musicians set their sights on a career within the music industry. He looks back with a sense of pride at what they achieved against inumerable odds.

With Disability History Month nearly upon us I thought it was the right time to explore an almost forgotten era within disability arts. Back in the era after New Romantics roamed the Earth but before Madchester and Indie was born, the Alternative scene ruled large over the country’s club and music culture.

Born out of punk and the post punk blank, raised out of Goth and futurist electronic music came a scene that loved all things dark. Clothes, music, and art all revolved around the darker, stranger side of life. Each week clubs up and down the country were packed with weirdos and freaks, clad in leather and lace, hair spiked and dyed, made up to the max, dancing to tunes that explored their love of the macabre.

In this atmosphere came three disabled musicians, all living within a mile or so of each other in the heart of London, that had their sights set on staking a place within the music industry. They dreamed of following in the footsteps of Ian Dury to become the next disabled music star, and saw no reason why a wheelchair should stop them achieving their goal.

The first of our dastardly trio is Bobbi Style, musician and singer. Based in darkest Hackney, Bobbi performed a rock based Goth influenced type of pop with his band Wilde Style that gained a large following. He toured as support with bands such as Imagination and did an unforgettable showcase at The Hippodrome, one of London’s coolest nightspots at the time.

He was renown for looking amazing, as if plucked from every Goth girl’s secret day dream, and for his ability of owning the stage from his power wheelchair. Bobbi released a self financed 12″ ep that became a hit on the dance floors of the UK’s alternative scene. His look and sound grabbed the attention of the media, yet the music business still remained afraid of committing to signing a disabled solo artist. He is still recording and producing music and is currently based in Canada.

Next in our rogues’ gallery is the ghost like figure of Ford, the keyboard player for Industrial Rock band Meat Machine. He was found at every alternative and rock club throughout London, and his keyboard technique paved the way for the aggressive style of synth playing made popular with current acts such as Marilyn Manson.

Meat Machine were signed to Pandemonium Records, a small independent label, and released two singles and an album named Slug. Their big single Times of Addiction was a floor filler in industrial clubs world wide. However, the band never got the exposure needed to shoot them in to the big time and so they split soon after the first album came out.

Sadly wheelchair user Ford seems to have been written out of the band’s history online and I had heard that he passed away some years back. Well I know you were there Ford, and now so does the world.

Lastly is one Mik Scarlet, lead singer and songwriter for industrial synth pop trio Freak UK. Yes that’s right, its me! By the early 90s Freak UK were being tipped for success, as we combined the hard edged sound of industrial music that was very big in the US with the softer UK influenced synth pop of bands, like Depeche Mode and Soft Cell.

Freak UK toured as support to Gary Numan, had a following that called themselves the FUKers, had a nice line of merchandise and played a sell out four-week residency at the infamous Hard Club in London’s seedy Soho. Television jumped at Freak UK, with the BBC making a series of videos to their tracks and featuring them as a band to watch on CBBC.

However much their audience grew and the media loved them, record companies didn’t get it. While the A&R departments offered them deals, marketing teams refused to see it as a wise investment as “who would want to put a picture of a guy in a wheelchair on their wall?”.

Now I shall switch out of PR speak mode and give you the full skinny on why these disabled wanna be stars were continuously rejected by an industry that at that time was the gate keeper to any dream of success. The key reasoning behind the two acts with a disabled front man never being signed was this obsession with a wheelchair not being sexy.

Both Bobbi and myself sang about sex, love and all manner of other rock standards, and we both had huge followings within the female gender but then, as today, disability and sex did not go together.

There were also fears about our ability to physically cope with the fast paced demanding world of rock and roll, which prevented real investment that was essential to achieve success in the music industry at that time.

All of the musicians fought to disprove the myth of the sickly cripple, mostly by touring continuously and when we weren’t touring, by partying at a professional level, but no matter how hard they tried their efforts were ignored by a narrow minded music business.

I know from my own experience that every time a new reason for not signing my band was given by a man in a suit, whether it be not being able to play live or tour, gain access to recording studios or get interest from the media, I went out and did my up-most to do the thing that was being held up as reason not to sign me. Still no one would budge. The label’s were not for signing.

Eventually the constant industry rejection became too much for all of us. I focused on my media career, which was born out of the media interest in Freak UK, Ford gave up his keyboard playing after an illness brought on by the demands of constant touring and clubbing, and Bobbi became a successful record producer after his move to Canada.

I look back on the work created by our motley crew and I feel a huge sense of pride and sadness. We all strived to create professional high quality music that would easily have sat amongst the racks of LPs in record shops which everyone frequented on a Saturday morning, and all had strong images that totally went against the stereotype of what it was to be disabled, yet we were never really given the chance to prove our worth.

We knew the scene we aimed our music at was totally unphased by disability and would have brought our music for it’s own sake, but we never got past the money men within the record industry. If we existed today we could have side stepped them and their narrow mindedness thanks to the wonders of the internet and could have proved what we all knew, that any or all of us could have been a major player on the music scene of the time. Thus leading to a future where disability did not remain outside the norm within the music world for decades to come.

So check out our tunes, watch the videos (try not to laugh at our hair and fashion sense) and think about what might have been. 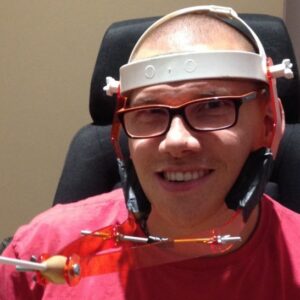 Disabled conductor, James Rose has been developing a specially-designed head-baton as an accessible aide to conduct using head movements. After working on several prototypes, Rose is now ready to take the project a step further, with a funding application to Arts Council England. Joe Turnbull chronicles his progress thus far. Rose originally trained in broadcasting and ... 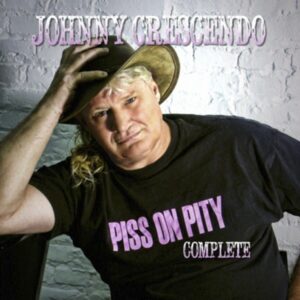 Who Is Johnny Crescendo?

This month is the 25th Anniversary of Richard Reiser and Micheline Mason’s report 'Disability Equality in the Classroom: A Human Rights Issue'. To celebrate this milestone, the authors are holding a two-day conference from 20-21 March, a highlight of which will be a performance headlined by singer, songwriter Johnny Crescendo, the Disability Arts pioneer and ... 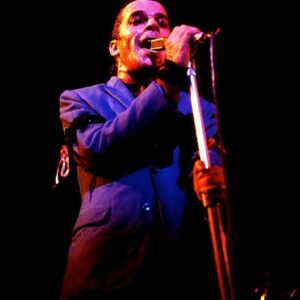 Political Pop to Pierce The Prophylaxis of The Non-Disabled

Robin Surgeoner AKA Angryfish looks for political songwriting. Looking for a definition he asks, does it exist within “philosophical laments, agit-pop, punk angst, prosaic provocative folk, indie rock, hard rock, reggae rock, and the list goes on…” You can be sure that within each and every musical genre you can think of someone has used it ...