‘Normal Sucks!’… So, why do we put up with it? Jonathan Mooney questions the true nature of normal…. why so many people aspire to it? And, is it even possible? A political, but also extremely personal story of how one man questioned, then revolted against a system which told him to stop ‘being intellectual’ and play football. Review by Emma Robdale 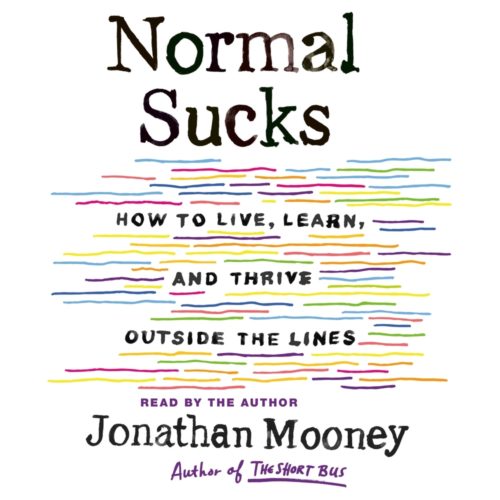 Mooney grew up in 1980s America and is dyslexic. He now wants society to recognize its shortcomings, and stop presenting square pegs with round-hole opportunities.

For me, this book was not a random assignment; I was asked because of my own dyslexia. Because of our differing socio-political backgrounds; Jonathan Mooney born in 1977 in San Francisco…. I was ambivalent as to whether I would relate. However, in his first chapter, ‘Not Normal’, Mooney discusses the ‘Dumb group’.

“Teachers didn’t actually call it the dumb group, but let’s be real: everyone knew.”

This class divided him from his peers, they’d shout, ‘Go back to dumb class!’ And, I’m sorry to say, that this resonated with me; “We’re embarrassed you’re a girl” I was told after scoring badly in a spelling test.

Almost thirty years apart, and this could have been a quote from my own autobiography; throughout his book Mooney asks: Why, in a world full of intelligent diverse people… do we focus so strongly on reading /spelling… allowing only the negative pathologising of difference? Why are we not focusing on developing children’s strengths?

“I spent so much time focusing on what was wrong with me, that for so long, I couldn’t see what was right.”- Mooney

Once, as I child, I glimpsed my own special needs statement; stating only my struggles. I felt as if this doctor-worded paper defined me. Like myself, ashamed, it took Mooney a long time to ‘come out’. For him it was at university with another student with a learning difference, Dave. Dave supported Mooney in going forth, writing this book and starting Eye-to-Eye, an organization supporting people with learning difficulties.

Without neurodivergent (ND) friends I don’t think I could have made it through school into adulthood, and I know many ND people feel incredibly alone and give up. It took Mooney a long time to reach out because he’d felt a need to separate from ‘not normal’; believing he had to defeat or overcome his disability to succeed. He talked about chasing ‘gold stars’, and this really struck a chord with me. Mooney felt as if he had to prove that he could do the things that he was told he couldn’t: get to university, get a law degree, but, “If you derive your sense of worth from success, then there’s always another gold star for you to chase.”

How many stars cancel out disability? Two degrees down, and about to start my own PHD…  I realize I might have initially started by seeking this reward system. Going forward I hope that other ND people can feel at ease; and will not feel framed by academic success as a way to undo deficit.

Something that helped Mooney engage with wider disability, and stop feeling a need to divide himself, was visiting a special-educational college. Mooney was introduced to Henry, a teacher who was paralyzed and communicated through blinking,

“Henry discussed how he was made fun of, he was sent to special education, his talents were ignored, the values of his mind were questioned, and he was made to feel less than human because he wasn’t normal.”

This book for me was not uplifting; but it was insightful. It has helped me expand more rationally upon some of my own anger and frustration at growing up. I know that that many ‘dyslexic experiences’ are universal… but this understanding doesn’t fill me with a sense of kinship; it makes me deeply enraged that the same institutions that tried to trap and dehumanize, span over eras, cultures and continents. Many ND people are still ensnared, unable to acknowledge their own worth or potential. In his book Mooney is not afraid to reveal that listening to other people’s stories often brings him to tears.

“When we don’t fit in, many of us believe we shouldn’t exist, and we try, as my dad did, as I did, to disappear.”

The power driving normal can be huge and debilitating. Mooney discusses how ND/Dyslexic/Autistic individuals still have some of the highest rates of mental health problems, substance abuse and suicide… including himself, including his family.

He uses Seligman’s experiment on pain as a metaphor: the experiment involves a dog being shut in a cage, and every time it tries to do something… it’s electrocuted. A student commented,

“If the dog had opposable thumbs, and could get a hold of a lighter, it would smoke dope…then he would kill himself.” 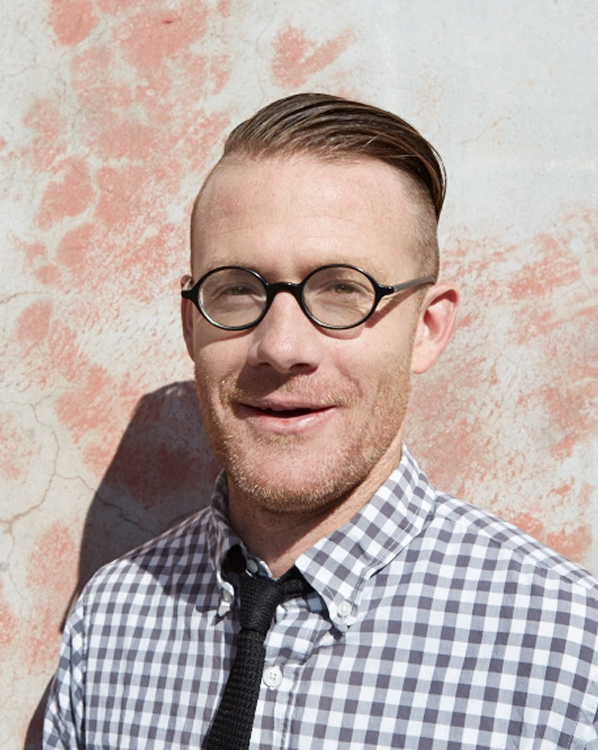 Mooney’s whole book screams that ND people aren’t the problem… they have been put into inflexible institutions and pitted against them. He wants to connect with as many students as possible; often sleeping on floors to give speeches the next day. Despite his efforts his narrative is often twisted into one of overcoming disability… and how children should do that too! At one such talk, after being introduced, he stated: “I didn’t overcome Dyslexia… but Dys-teach-ia! School sucks if you are different, and that’s not your problem. It’s theirs!” At the end a boy with special needs hugged him… but the school didn’t pay.

“Normality is a paved road: it’s comfortable to walk, but no flowers grow on it.” – Vincent Van Goph.

Mooney is intent on unravelling what actually started the creation of so called ‘normal’. As well as personal experiences, pages detail bizarre and unethical experiments carried out from the 18th century to today (noting that contenders for ‘normal’ were white university educated men!)…. his line of research leads sharply to eugenics. Society defined ‘normal’, then tried to rid itself of abnormal with ‘good breeding’, forced sterilization, and… the murder of deformed babies. Upsetting. But with the rising possibilities of genetic engineering, maybe more poignant today than ever.

“I believe to my core, these things that we have labeled to be deficiencies or disorders…. Aren’t that, they are differences in the truest sense of the word…. And the thing that really disabled those individuals is the way that those differences are treated by others.”- Mooney

‘Normal Sucks’ is a personal, political and philosophical journey into understanding, not what difference is, but why it is valuable and worthy of pride. It shows how and why Mooney’s own appreciation of dyslexia has changed. It was written for his three sons, who all at some point asked, “What is normal?” Mooney felt this question was so profound, so poignant, that he might just dedicate his whole life to it. Confident, charming and witty; Mooney uncovers the actual irony of ‘acting normal’.

“I want to tell you how I fought my way back, not to the “right” side of the normal line, but to a sense of self, and life that isn’t defined by that line at all!”- Mooney

How to Prove Others Wrong – Jonathan Mooney.