Andrew Davies’ new adaptation of Jane Austen’s final novel ‘Sanditon’ was recently shown on ITV1. Emmeline Burdett reviews the show from the perspective of her knowledge about the author and the mores of 19th century society 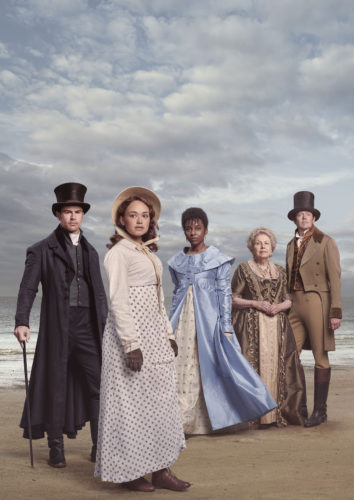 The fact that the novel was unfinished at the time of Austen’s death in 1817 meant that an adaptation could take the story in almost any direction, but, even so, it is surprising that the issue of health, which played such a large part in the novel, is almost completely absent from the adaptation.

Sanditon tells the story of young Charlotte Heywood (played in the TV dramatization by Rose Williams), who, as a gesture of gratitude for her family’s hospitality towards him while he is recovering from a sprained ankle, is invited by Tom Parker (Kris Marshall) and his wife to pay an extended visit to their home in the newly built health resort of Sanditon. Sanditon is Parker’s pet project, and he is very reliant for its success on keeping the patronage of the wealthy Lady Denham (Anne Reid).

As well as the fact that Sanditon itself is a health resort, many of the novel’s characters are excessively preoccupied with their own health. In her introduction to Sanditon, Austen’s biographer, Janet Todd, makes frequent reference to the ‘fashion’ for ill-health which Austen identified, describing the two Parker sisters and their brother Arthur as forming ‘a droll commentary on the new leisure pursuit of hypochondria and invalidism which the eldest brother, Tom Parker, is exploiting’.

This idea of ‘health-as-performance’ continues a theme which had been present throughout Austen’s novels – for example, Mr Woodhouse in Emma was described as a ‘valetudinarian’, and his obsession with such things as avoiding draughts and inclement weather was not really backed-up by any signs of genuine infirmity. In Pride and Prejudice, Miss Anne de Bourgh, the daughter of the fearsome Lady Catherine, is described as ‘pale and sickly; her features, though not plain, were insignificant’, and, thereafter, is only described through the eyes of her mother’s companion Mrs Jenkinson, who fusses that Miss de Bourgh might be too hot or too cold, or too much in light or shadow (p.200).

This sense of Anne de Bourgh as, effectively, a non-character in the novel, was carried through into the famous 1995 television dramatization, in which the actress who played Miss de Bourgh had little to do, other than sniffing occasionally, and sitting on the sofa looking ill. These characterizations would tend to suggest that Jane Austen’s view of illness was robust, unsympathetic, and perhaps rather simplistic. This impression is reinforced by Austen’s pithy comments about her friend Anne Sharp, who went in for all manner of ‘cures’ for her severe migraines and eye problems. It seems, however, that the target of these remarks was not really Sharp herself, but instead those quack physicians who stood ready to exploit Sharp’s desire for relief from her symptoms and her probable anxiety that their continuation would harm her modest job prospects. This impression is reinforced by Austen’s sarcastic remark that Miss Sharp had met with ‘Another excellent old Physician and his Wife, with every virtue under Heaven who takes her and cures her from pure Love and Benevolence….’

The Parker sisters in Sanditon engage in ‘cures’ similar to those endured by Miss Sharp, the difference being that the sisters choose for themselves such bizarre ‘treatments’ as three extracted teeth and six leeches per day for ten days. Though this is done for effect, it does give some indication of the often cruel and exploitative nature of healthcare in early nineteenth century England.

Like Austen’s friend Anne Sharp, it seems that the fictional Miss Lambe was envisaged as having genuine health problems, as, though she is barely mentioned in the twelve chapters of the novel which Austen managed to write, she is described as being in ‘delicate health’. As Andrew Davies’ television dramatization seems to have been written for a modern audience, with the early nineteenth century setting essentially reduced to mere window-dressing, it is perhaps not surprising that these issues were not explored. 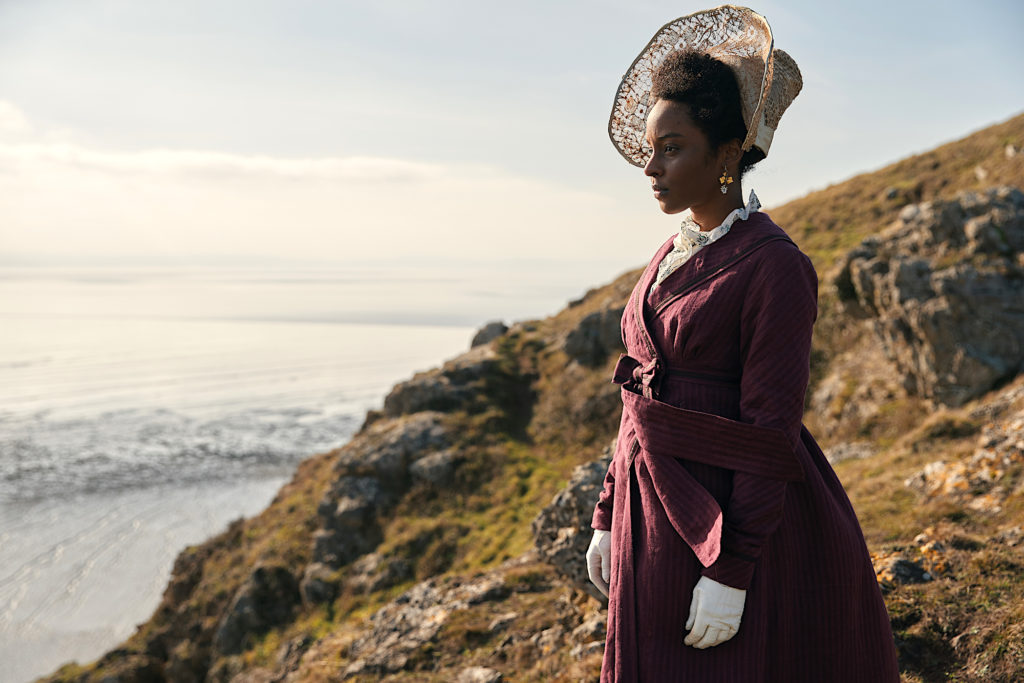 One indication of this apparent desire to reflect modern concerns is the fact that, by the time of her arrival in Andrew Davies’ dramatization of Sanditon, the Miss Lambe ‘of delicate health’ had been transformed into a thoroughly robust de facto protagonist, whose plot-line involved her race, (she is described in the novel as ‘half-mulatto’, in other words, of mixed-race heritage) and more specifically, the distressing reactions to which she was subjected by the various strands of Sanditon society.

One was left with the impression that Davies did not think that anyone not at the peak of physical fitness could possibly be the leading character in a television drama, but there are ways in which this could have been done, and they might have considerably enriched our understanding of how ‘othering’ operates. Though it was written some time later, Harriet Martineau’s underrated 1844 essay Life in the Sickroom may offer a way forward. Martineau turned the traditional doctor-patient relationship upside-down by asserting that the sickroom was her space, and that she, rather than a physician, should be in control. Martineau’s insistence that control should be with the sick person was revolutionary at the time to the extent that some critics concluded that she must be mentally ill.

The experiences of Jane Austen’s friend Anne Sharp have already suggested a difference between ‘illness as performance’ – the principal aim of which appeared to be gaining the attention of others (and therefore a kind of power) and genuine illness, in which one was liable to be rendered completely powerless. If differently done, the character of Miss Lambe could have extended this, by showing the degree to which an unequal doctor-patient relationship can lead to a wholesale dismissal of the patient’s perception of reality.

For more information about Sanditon go to ITV.com