Comparisons abound between the lives of disabled and Deaf people in Dickens’ era and today, in an innovative staging of Oliver Twist. Gill Crawshaw wishes times would change. 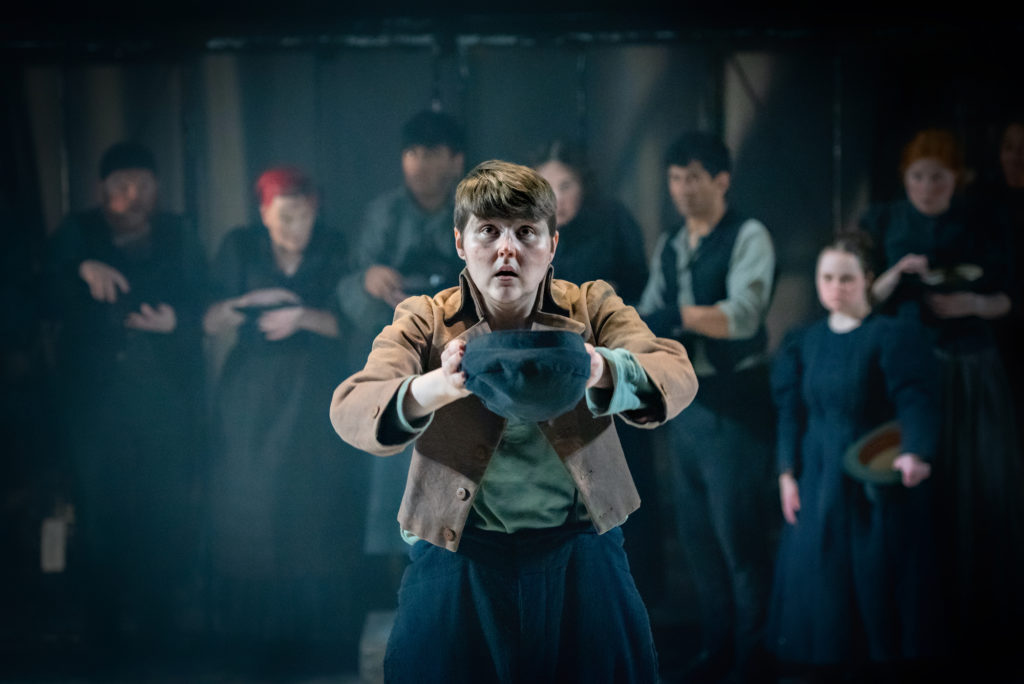 Charles Dickens’ drew attention to social issues of Victorian Britain by dramatising them in his novels. He is also known for his contributions to the English language, as he regularly incorporated popular slang and dialect into his writing. The latest stage version of Dickens’ Oliver Twist at Leeds Playhouse builds on this legacy, expanding language and communication through spoken, signed and written means, highlighting contemporary issues.

Oliver Twist is the latest production from Ramps on the Moon. This is a consortium of theatres who are committed to including Deaf and disabled people throughout their organisations, on stage and everywhere else, and to continually improving access. Theatre-goers might already be familiar with their inclusive approach to casting and story-telling, where sign language, text and audio description are integrated throughout.

This approach is taken even further in Oliver Twist. Sign language is absolutely central to the plot as Oliver and some of the other characters have been re-written as Deaf people. This works brilliantly. The novel is concerned with child poverty and neglect, and the cruelty of institutions and individuals in responding to this. This is echoed in the play, where the bullying and violence Oliver experiences is supported by a system which devalues the lives of Deaf and disabled people.

The play builds an intricate web of communication, from the scene where Oliver’s dying mother traces out the spelling of her new baby’s name onto his hand. Several members of the cast are Deaf actors, but they are not the only ones on stage using sign language. And the sign language is, of course, for the benefit of the audience as well. 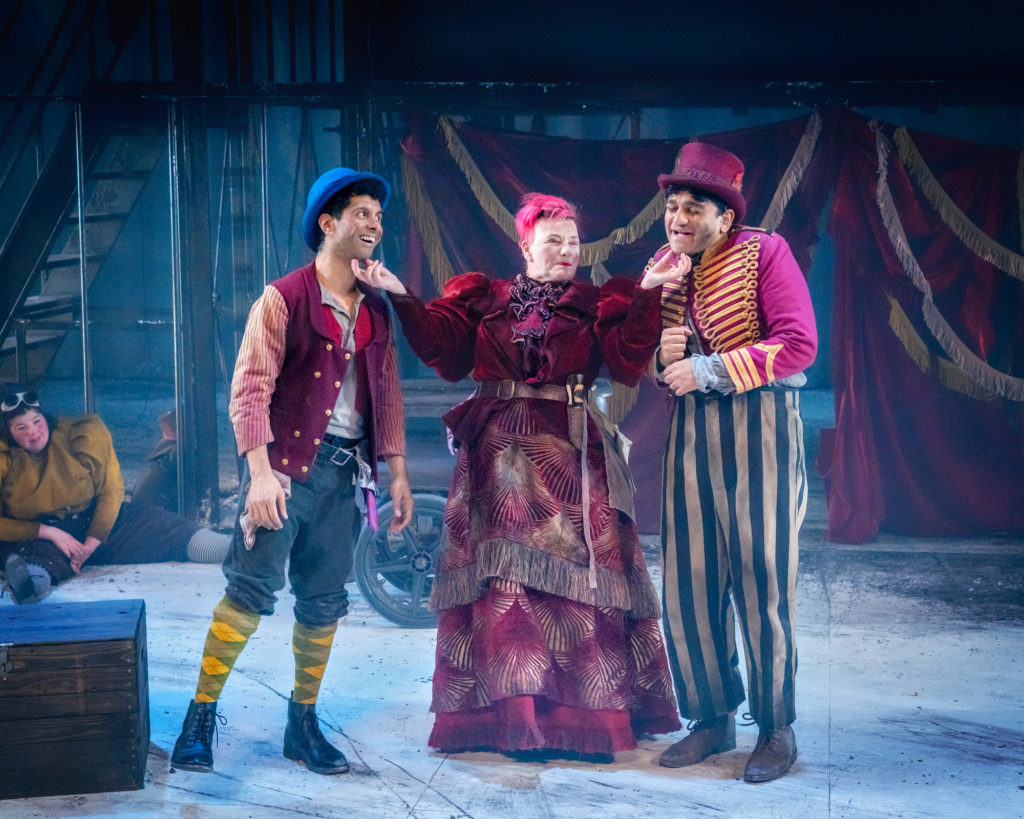 The play also takes a creative approach to other access issues. Rather than using plain theatrical surtitles, a screen displays the dialogue in the style of Victorian handbills and newspapers. The cast often narrate parts of the action in chorus, or by sharing lines between a few actors. This gives descriptive clues to blind and partially sighted audience members, without being intrusive or out of place for anyone else.

There are many references in the script to people “waving their hands about”, as baffled hearing characters refer to people using sign language. But once Oliver meets the Artful Dodger, who recognises Oliver’s “Deaf face” and introduces him to sign language, everything falls into place. This is a lovely scene between Brooklyn Melvin who plays Oliver and Nadeem Islam as the Artful Dodger, and I would have liked to see more of Islam’s exuberance. There are strong performances too from Stephen Collins as a very scary Bill Sykes, and Caroline Parker, smartly cast as a malevolent Fagin.

Oliver Twist is one of Dickens’ darker novels, and this play reflects that. This is not the first time that the conditions under which poor, homeless and disabled people live today have been likened to those of Dickens’ era, and it won’t be the last. It’s easy to make comparisons between the Poor Laws and their policy of “less eligibility”, which deemed that conditions in the workhouse should be so bad as to deter people from seeking help, with our current system of benefits assessment set alongside punitive government policies. However, the section in the play that draws a very obvious and literal comparison between Dickensian London and the UK today felt unnecessary, labouring a message that is made clearly throughout the rest of what is otherwise a very powerful production.

This production of Oliver Twist also refers to the education of Deaf children, specifically the Milan Conference of 1880 where educators agreed that sign language was inferior to oral education, leading to sign language being banned across Europe & the US. We know this had a disastrous effect on Deaf children’s learning for many decades after. The play prompted me to do a bit of research into Dickens’ interest in this area, to find out if his passion for justice for underprivileged people included Deaf people. He visited and spoke at a number of institutions for Deaf people and was… Read more »