OpenStoryTellers is a community arts charity that works with autistic and learning disabled people. Following the recent online performance of their new show Peter the Wild Boy, Kate Lovell reflects on their unique approach to telling lesser-known histories. 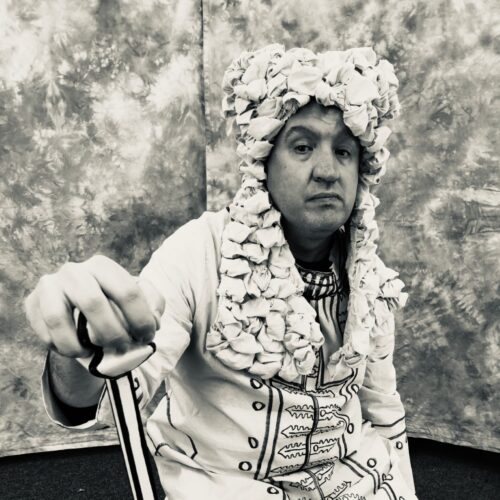 Frome-based charity OpenStoryTellers have a clear mission: to create stories that help us to make sense of the world. They use storytelling as a device to help learning disabled and autistic people to find their voice and to be heard. At the end of May this year, OpenStoryTellers presented an online performance of Peter the Wild Boy. This follows on from the success of their previous production The Fortunes and Misfortunates of Fanny Fust.

Both plays explore seldom-heard disability history telling the stories of learning disabled people wronged by non-disabled people who interfere in their lives without invitation, considering themselves innately more capable and superior. This overarching narrative could tell the story of the past decade living under austerity for disabled people and goes to highlight the importance of elevating cautionary tales from the past and present. Could we, through stories like these, inform and educate society to avoid the mistakes of our past?

The Misfortunes of Fanny Fust was a live performance presented back in 2017 which explored the life of a young learning disabled woman who lived in the eighteenth century and was forced into marriage by an unscrupulous individual named Henry Bowerman who likely wanted access to her fortune since she was an heiress to a generous annual allowance from her uncle. Fanny was kidnapped and taken to Belgium in order for the marriage to take place and a court case ensued, which eventually annulled the marriage. The story is ripe for raising issues relating to consent and the capacity to consent which are ever-relevant concerns for disabled people, as much in 2021 as 1787.

OpenStoryTellers worked with Bristol University to research Fanny’s life. Historians from the university were able to provide workshops to the OpenStoryTellers to give an idea of how people spoke, and what life looked like in the eighteenth century. The cast was then able to use this research as a springboard for devising the story for the show, which also has accompanying artwork and animations. 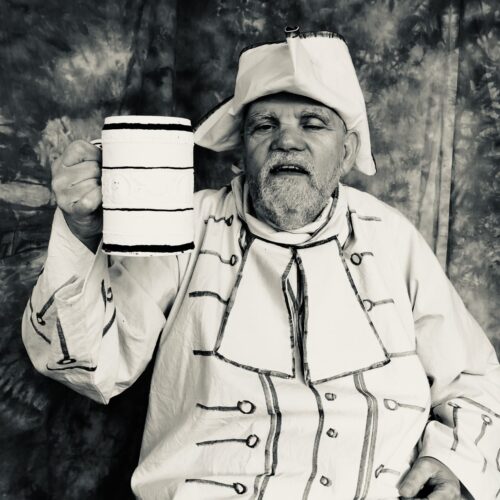 The learning disabled adults who connect with OpenStoryTellers undertake the research around these historical characters and devise the narrative, with support from staff at the organisation. Both Fanny Fust and Peter the Wild Boy include music created and performed by the company and include ballads written by cast members.

The current production, Peter the Wild Boy, focuses on the extraordinary story of the discovery of a so-called “feral” child discovered to be living in the woods in an area close to Hanover, Germany in the early eighteenth century. Curiously, he was brought over to Kensington Palace by George I, where he lived for a number of years being observed, examined and commented upon by various high-status men, including the writer Daniel Defoe. Though called the Age of Enlightenment, of course, the analysis of Peter was less than free-thinking.

The prevailing opinion was that he was a “wild child”, an undomesticated soul more animal than human. Yet from paintings and descriptions made at the time, it is now thought that Peter lived with Pitt-Hopkins syndrome which affects cognitive processing, speech and development.

Robin Meader is a cast member who performed in Peter the Wild Boy and felt it was important to tell this story because most people don’t “understand what it was like in those days to have a learning disability”.

“I feel like there’s a lot of people out there who may have that disability, Pitt-Hopkins syndrome, and it’s important that those people get treated like ordinary people because for Peter, he didn’t really get treated the same way.”

Meader goes on to reflect: “in real life you can run away, get lost and you may get picked on by people in the public. You may get put behind bars if they don’t understand who you are.”

This is a particularly profound observation given the ongoing scandal of the continued institutionalisation of learning disabled people. It is still a very real nightmare for many that a lack of understanding about who they are as people and their worth in the world can lead to being locked up, forgotten and denied access to their autonomy. 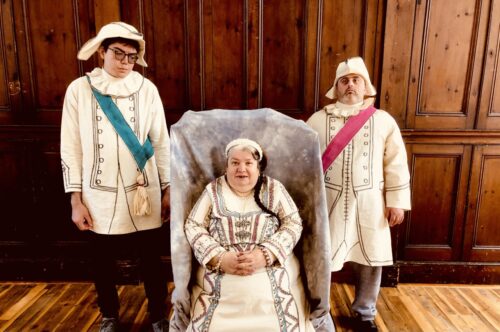 Meader plays “a character who’s my own design” – all of the costumes were created in response to Meader’s illustrations of Peter’s story. These artworks provide the online ‘set’ during the Zoom sharing, as well as informing the exquisite and striking black and white costumes which look as if they have been hand-drawn onto each cast member.

On creating these graphics, Meader says: “It helps me illustrate to the live audience out there” by bringing “pictures to life…helping those who are learning disabled, like me, to understand the world of arts and storytelling.”

Katie Branch performs in the piece “to have a voice and to speak on behalf of Peter.” She thinks it’s important that the story of Peter the Wild Boy is told by learning disabled people: “because everyone has got different needs and they are out of their shell and they can spread their voice far and wide.”

Peter the Wild Boy is several years in the making. OpenStoryTellers worked on a smaller project alongside Kensington Palace in 2011 exploring Peter’s story which first piqued their interest in his narrative. The cast began devising the piece for a live performance in 2019. When Covid hit, they worked to create a version that would work for Zoom, using both filmed sections and live-streamed performance.

Rehearsals for a live show to be performed in July are currently underway. The full-length piece will also be edited into a captioned, digital version which will be available to stream online.

A live performance of Peter the Wild Boy will take place at RISE Frome on 8th July at 7pm as part of the Frome Festival.