Regular DAO contributor Liz Porter attended the afternoon session of the third day of Oska Bright 2015. She assesses both the content and the access provision from a partially sighted perspective.

It’s always a great pleasure attending the Oska Bright film Festival. I caught two sessions during the afternoon of the 3rd day.

There was an excited air of anticipation from a ‘once again’ virtually capacity audience as we settled down for the first session which focussed on comedy. I really liked the idea of having themed sessions. I was also impressed that the range of alternative formats for the festival programme had extended to include an A3 folding-style newspaper, with day-by-day timings for each screening in large print with some colour contrast (although that bit could still be improved).

My favourite film of the first session was The Princess and the Bodyguard from Beacon Hill Arts. As the programme says ‘Mandy the fairy, has her sights set on becoming the King’s bodyguard but finds she must compete against the egocentric Sir Arthur Bulldog and his amazing juggling skills. Then there is the mysterious theft of the princess’s favourite neckless.’

The story unfolds through a sequence of hilarious events, with strong physical storytelling playing on size and scale (the fairy flies and shrinks) and all the good and bad ingredients of a great fairytale with slapstick and pantomime comedic timing. It’s great fun.

The second session was entitled ‘Video Art,’ I really enjoyed the majority of films in this section, but some in particular deserve special mention. Just Me by Matthew Kennedy was indeed as described: ‘a powerful short exploring gender identity disability and other.’ Shot with a single character to camera asking the audience to think about the meaning behind labels and what can be seen and what is hidden. As I had audio description I was aware what each label said, but as the film was shot through a frosted lens, I’m not sure if everyone knew what they said, so this played on the metaphor of sight and assumption.

I would have liked more direct reference given to this layer, as the body on screen became covered in more and more labels, but this was a mostly silent film. Choices of how things are shot represent different meanings. To shoot through a frosted lens was I felt a clever idea; a deliberate artistic intention that added to the tension of the piece, but it did also blur the words. What message did the filmmaker want to get across?

I also enjoyed the two dance films enormously, as they were visually captivating. Similarly to Just Me, the last film explored body identity, but this time from a positive and proud point of view. Skin Touching Sky by Emma Norton, Kat Worth and Alta Truden shows who Emma has become through her love of dance; choosing to write powerful words on her partially naked body as she weaves and moves around fulfilling her dream and proud of her achievement.

It was clear from the two sessions I saw that Oska Bright continue on their curatorial journey, putting films side by side or near each other to provoke us to think about their content, either from sheer enjoyment or with deep meaning. The quality of work shown continues to grow.

Many of the films screened use animation or silent film acting. Oska Bright have a long-standing relationship with Simon from Junk TV who helps to put together low cost add in on-screen captioning and Audio Description for each film. I knew this access support would be provided, so asked for it on arrival.

However, I saw several people who looked visually impaired who had either chosen not to use it or didn’t know about it, and I was told I had been one of a few who had used it throughout the entire festival. So is it viable to continue to provide AD?

Organisations need to consider and respond to audience and user feedback. For me, access quality is an important part of the experience – as important as the creative content – but it doesn’t have to be done in the same way it’s been done for years. The usual approach can be so dull,  perhaps this is why people are avoiding it? Perhaps there are new ways? Ideally, it should happen creatively as films are in production stages but it is costly so needs to be balanced with good audience development.

I wouldn’t miss Oska Bright because there are so many joyous films and so many people enjoying them.  Despite all the horrendous governmental and local cuts, I sincerely hope this festival continues to flourish and from what I saw I’m sure it will, but they are going to have to find a new venue next time in Brighton as the Corn Exchange is due to be refurbished over the next couple of years. 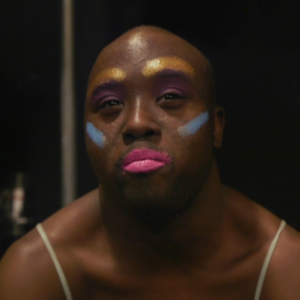 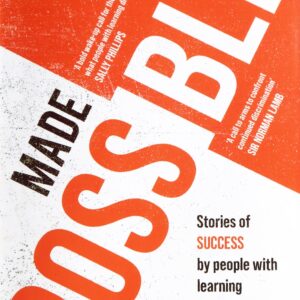