Disabled performers and artists are making their presence felt in Edinburgh this August, as Paul F Cockburn discovers. 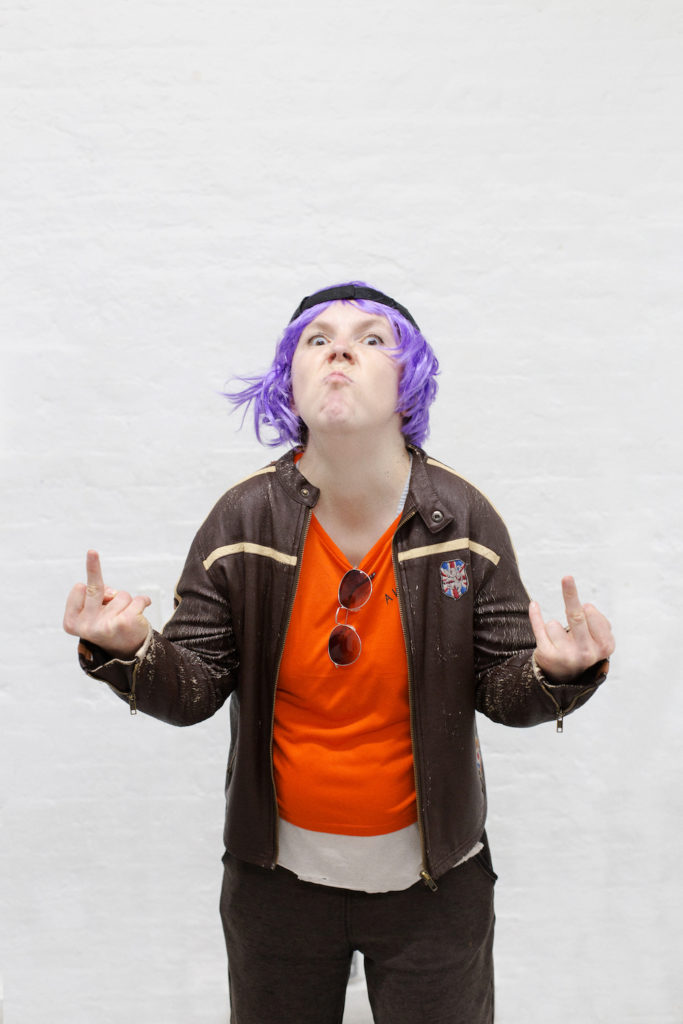 Fix Us: Photo by Bernadette Baksa

Hope springs eternal at the Edinburgh Festival Fringe; regardless of the growing success of other festivals around the world, the Scottish capital in August is where creative careers are launched like nowhere else: performers from Sir Ian McKellan to Eddie Izzard first felt the public spotlight fall on them here.

It’s easy to be overwhelmed by the sheer scale of it all: this year’s ‘Fringe’, for example, consists of some 59,600 performances of 3,841 shows.

No wonder the Scottish capital’s population effectively doubles during August.

This year, however, it’s fair to say that the Fringe has been somewhat under siege, with concerns and criticisms about its overall diversity, the Fringe’s relationship to the city, overcrowding in the Old Town during August, its environmental impact plus recognition of the potential exploitation of artists and other volunteers.

And, as I suggested just four years ago, the visitable scale of all the Edinburgh Festivals does shrink somewhat when you take disability into consideration.

To the credit of the Edinburgh Festival Fringe Society, which administrates the Fringe, it has been making a consistent effort in recent years to improve access for both audiences and performers with physical, mobility, or sensory impairments, or those affected by neurodiversity and mental health issues. And it’s bearing fruit.

Almost half of venues are, at the very least, wheelchair accessible, with a growing number offering ‘audio enhancement’, accessible toilets and – albeit it somewhat limited centrally – accessible parking. All these details are listed in the Fringe’s 450-plus pages programme.

Free sensory backpacks for children and adults on the autism spectrum are increasingly available across the city. Some street events offer BSL interpretation on Saturdays.

You can even, for the first time this year, search for shows suitable for D/deaf or visually impaired people.

For Fringe participants, this year’s ‘industry’ programme includes a ‘Breaking Down Barriers’ strand focusing on subjects including disabled-led theatre-making, intersectional identities and diversity in the Fringe media landscape.

Here are just five of the growing number of performers and shows which, this year, are putting disability issues and disabled people firmly centre stage. 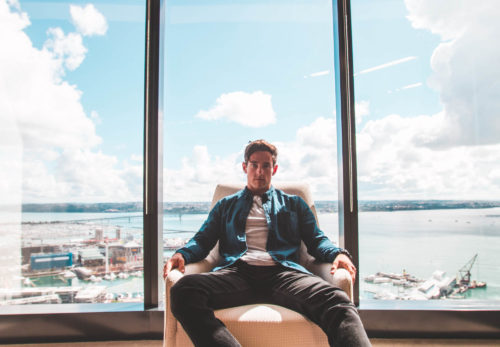 At the Rio 2016 Paralympics, New Zealander Liam Malone won two Gold Medals in the 200m and 400m for Blade Running, and came second to Team GB’s Jonnie Peacock in the 100m.

Yet what really caught many people’s attention wasn’t his athletic prowess; it was his outlandish haircut and quirky post-race interviews where he compared himself to a robot overlord.

In one such post-match interview, with Adam Hills of The Last Leg, Liam even said he wanted to get into stand-up comedy. Well, it’s three years later, and here he is with his debut full-hour show in Edinburgh, looking for not always ‘politically correct’ laughs in his experience of growing up without legs, the ways his parents dealt with it, and his experience of being thrown (literally?) into the world of ‘the disabled’.

From the inevitable pre-show publicity, it certainly seems as if Liam Malone has sufficiently unusual material to work with—not least those long conversations with former ‘Paralympic hero’ Oscar Pistorius, while the latter was on trial for the murder of his girlfriend. Or arguing with a clan of dwarves at the Paralympics.

What will be interesting is to discover how well he copes with being on the comedy stage alone; and how well he can connect with some extremely comedy-savvy audiences.

BareFace: Fix Us
12:20; 2 Aug – 25 Aug (not
Delhi Belly, Underbelly Cowgate, 66 Cowgate, EH1 1JX
There are thousands of shows in Edinburgh during August, but arguably none quite like this, according to co-writer Tom Palmer:

The show features – and has been largely devised by – three disabled actors: Lee has autism, Zara has CHARGE syndrome and Kirsty has Cerebral Palsy.

“We started workshopping about two years ago, and we basically wanted to explore this idea that they, as people, tend to be incredibly shy and introverted off the stage, but as soon as they come on the stage they absolutely burst into these wild and weird characters that are just, inadvertently, in direct contrast to their ‘normal’ selves.

“We realised, in this process, that we were on to something interesting, that is actually quite universal really: we all have these kind of wonderful and beautiful inner selves that are permanently hidden from ‘normal’ life because we crush ourselves with our criticisms, anxieties and worries.”

Tom Palmer believes the resulting show is rooted in disability and the performers overcoming the preconceptions and stigmas that have hampered their everyday lives.

“We’re hoping that this mixture of autobiography – and it’s very sort of naughty and cheeky comedy as well as being hopefully thoughtful and emotional. Appetising rather than confusing!” 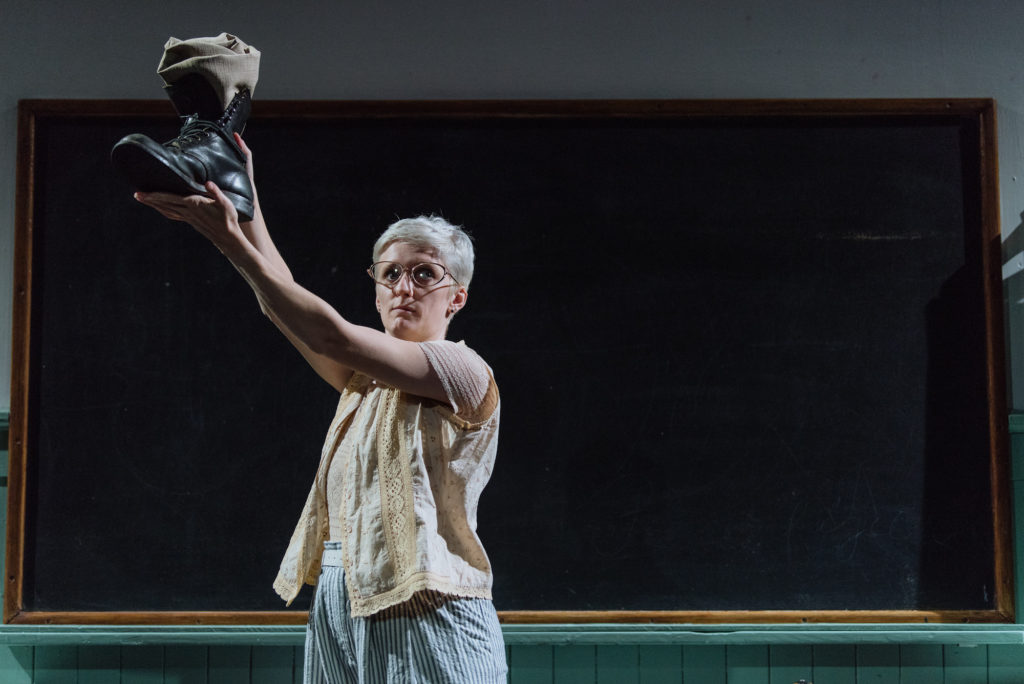 Robert Kirkwood – better known as Bobby Awl – was a disabled street beggar who survived in the bleak gritty poverty of 19th century Edinburgh, at east until he died, aged 22-23, from a mule kick in the groin.

Acclaimed sculptor and performance artist Brian Catling brings his first play to the Fringe in an attempt to resurrect Bobby Awl’s memory—which, alas, was all too soon overwritten by the subsequent fate of fellow “street idiot” (the term used at the time) “Daft Jamie”—the penultimate victim of those two notorious serial killers Burke and Hare.

“Daft Jamie took all the fame; there couldn’t be two famous idiots on the street.

“There are great parallels to now, except that it was a much harder and much crueler life; Bobby lived it on the streets. He found a way to survive and that was through cunning, through violence, through all kinds of things that don’t make him necessarily a sympathetic character, but it was a survival technique, so that against all odds he did it his way.”

“So the question of disability and our attraction to it and our repulsion of it, goes backwards and forwards all through the text. There’s only two kinds of people in the world; disabled and not disabled yet. That’s the statement I work for and against.” 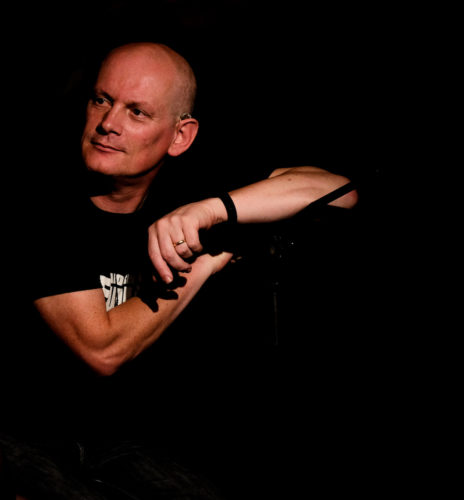 Steve Day: Adventures in Dementia
16:15; 1-10 Aug
Laughing Horse @ The Lock Up (Lock Up 2), 141 Cowgate, EH1 1JS
Stand-up Steve Day’s latest Fringe show is decidedly different this year: it’s essentially a response to how he felt as his late father descended further and further into dementia.

“I had no expectation that it could be funny – there is nothing funny about Alzheimer’s – but, as I wrote the show and remembered my dad as he was, in contrast to how he became, I started to see the humour, the joy, in celebrating a life.

“Even the stuff about dementia started to turn into comedy, without ever shying away from the realities. Using music from the 1970s also helped me recreate the era, and it peppers the show with musical memories. You’re never far away from a tune.”

Steve’s father was very supportive about his son’s hearing loss and deafness.

“As his illness progressed he took to constantly repeating himself but I didn’t mind that as often I’d need something repeated to catch what’s been said.”

Steve insists there’s no requirement to know anything about dementia to enjoy the show.

“I hope anyone who comes who is living in the shadow of this awful disease finds some comfort, or at least a moment of respite to discover that they’re not on their own.

“It’s a funny, bittersweet and heartfelt comedy show about a subject that isn’t much discussed as entertainment.”

Marlon Davis: Emotional Black Male
18:50; 31 Jul – 25 Aug (not 12 Aug)
Dexter, Underbelly Bristo Square,Teviot Place, EH8 9AG
Three years ago, comedian and actor Marlon Davis had a near-fatal, life-changing accident. The car crash left him in a coma for a month, damaged his frontal lobe – the part of the brain involved in cognitive skills – and “gifted” him temporary aphasia.

“I lost a lot: speech, memory, coordination—the tools for my job. I thought I was not able to do this – stand-up comedy – again.”

Fringe cliché or not, he’s now in Edinburgh to share the experience: relearning things previously taken for granted, coming to terms with the “new” him. It’s a process, he accepts, affecting many people disabled in later life.

“I work differently now than I did before; it loosened me up. The way I used to perform was heavily scripted; now, I’ve got no memory. So I said to myself: go out there and trust yourself, you’ve got nothing to lose. You’ve come back from death, you was in a coma—it shouldn’t matter.

“What I found is that it’s brought me into a nice space where I’m on stage and feel more free. I ab-lib more, I take more risks, something that I wouldn’t have done in the past. It’s made me more fearless as well; when you’ve nearly lost your life, and got a second chance—just go for it!”