Playing ON have collaborated with psychiatrists, staff and patients, pulling together their stories to open the door on a closed world. Kate Lovell reviews the resulting play, currently showing at The Vaults Festival, London. 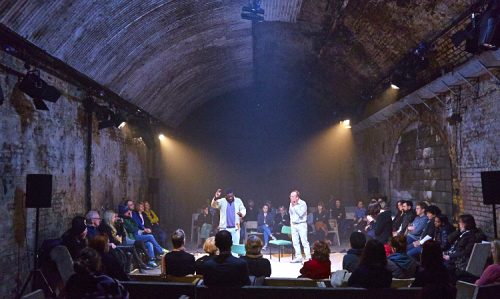 Playing ON at The Vaults. Photo by Ron Bambridge

Madness is a popular theme for theatre. It can provide a platform for wild behaviour, colour, farce and drama aplenty. Whether or not it is portrayed sensitively, and whether it’s created or informed by someone with lived experience are clear issues when it comes to artistic interest in this complicated subject.

Hearing Things absolutely stands out from the crowd. It presents a balanced and realistic insight into the current mental health system. The play shines a light into the corners of what it means to be considered mentally unwell enough to need hospital care but this is no One Flew Over The Cuckoo’s Nest. It deftly avoids crazy patient antics or demonisation of one-dimensionally nasty doctors and nurses.

Hearing Things is grounded in truth; a result of five years of research and workshopping on psychiatric wards. It is a poignant, detailed insight into the lives of those touched by the mental health system.

Uniquely, this show portrays the point of view of an overworked psychiatrist and presents him as a human being. Rarely does theatre give a voice to the other side of the doctor’s desk. In most theatre set in or around psychiatric wards, staff are all too often portrayed as evil Nurse Ratchet stereotypes, or are simply used as a symbolic cipher. Not so in Hearing Things, where the psychiatrist is a fully rounded protagonist. He furiously chews over his daily dilemmas about the choices he makes for his patients with his wife, airs his frustrations over underfunding and, crucially, battles his father over the way his profession faces a lack of respect by other areas of the medical community. 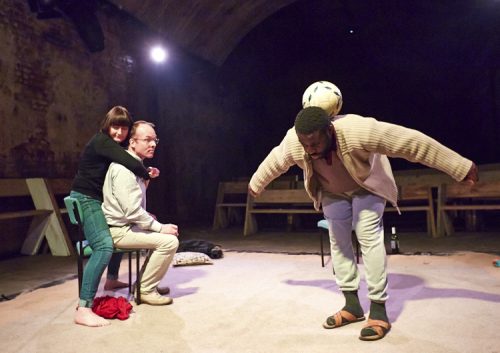 Playing ON at The Vaults. Photo by Ron Bambridge

He is a disappointment to his Dad. Why couldn’t he do something useful and prestigious, like pioneering a cure for cancer? Knowing the weight of research the show has behind it, the lack of respect for the psychiatric profession within the medical arena sheds light on real contemporary issues, including parity of esteem for mental health care. It’s an impressive credit to the writing and acting that we empathise with the psychiatrist as much as the patients he cares for.

And the patients he cares for are central and articulate. Again, the play reaches into the nuances of hospital care and sectioning, pushing away any voyeurism into life on the psych ward, and cutting to the true heart of this topic.

How does a psychiatrist decide when someone is ready to go back into the community? Following the frustrations of patients who feel ready to be discharged, or that the environment or medication regime is not conducive to recovery, is truthful and usefully uncomfortable to witness. It portrays the patients as intelligent people, with sound views and opinions, who can reason and have insight into their issues, who are not simply ‘mad’. They challenge the psychiatrist to justify his decisions with pertinent questions. They are entirely relatable, never ‘the other’.

The patients are neither helpless nor hopeless. They are both working hard towards recovery, but constrained by an ailing and failing system. This is a rare and timely piece of drama on this increasingly urgent subject. The long and thorough research process is evident in the writing. It comments sensitively and astutely on the mental health system, exposing the ways in which its flaws and its inherent complexities affect both professionals and those receiving treatment. It is an intricate portrait of individuals striving for the ever elusive state of sanity. 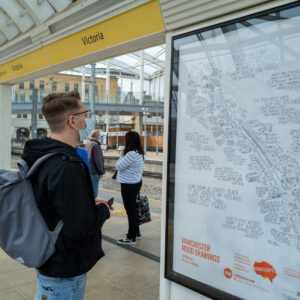 Natasha Sutton-Williams reviews the work of Dutch visual artist Jan Rothuizen commissioned by SICK! Festival for Mindscapes running across the city of Manchester from 19 April – 16 May. Disability Arts Online · Jan Rothuizen’s Mood Drawings Review Mindscapes is a program of work that seeks to explore how our mental health is affected by the world ... 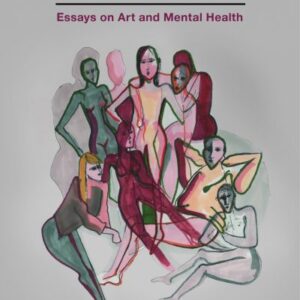 Dodo Ink is an indie press which publishes daring and difficult literature. Their recent publication Trauma is an anthology of essays, which range from the personal to the political and from the raw to the reflective. Review by John O'Donoghue Disability Arts Online · Trauma: Essays on Art and Mental Health We live in traumatic times. As ... 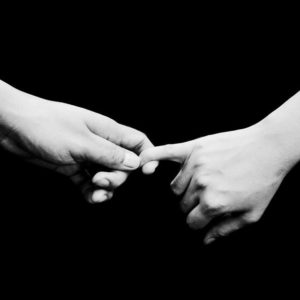 It is easy to forgive, Hard to forget, You had just disappeared, Without giving it a thought. You left me in the dark, When I tried to reach out to you, I was left with a broken heart, As you chose to decline my views. We were a package deal, No one said our deal expires, Nothing you said seems real, You were someone I admired, When ... 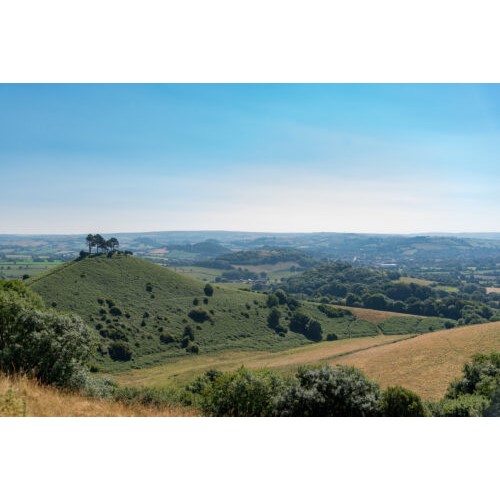