Commissioned by Ramps on the Moon, co-produced by Graeae and Theatre Royal Plymouth and presented in association with Curve, Winsome Pinnock’s 2005 play ‘One Under’ is touring the UK this autumn. Natasha Sutton-Williams talks to the playwright about her oeuvre, the experience of writing for over three decades and of working with Graeae. 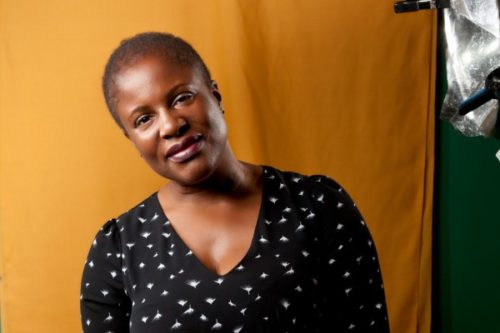 Playwright Winsome Pinnock has been lovingly nicknamed the ‘Godmother’ of Black British theatre. She herself jokes that she is in fact the ‘Grandmother’ of Black British theatre. Regardless of nicknames, Pinnock is a hugely influential and multi-award winning playwright. She was the first black British female writer to have her work on at the National Theatre, with Leave Taking in 1988. Last year Leave Taking was performed at the Bush Theatre to rave reviews.

Pinnock has always written about identity and ‘otherness’. She is now teaming up with Graeae on a revival of her 2005 play One Under. The show follows Cyrus, a train driver who accidently kills a young man who jumps in front of his train. Haunted by this tragedy, Cyrus seeks out bereaved mother and laundrette worker Christine, and attempts to atone for his actions. Through the play, Pinnock examines the complexity of guilt versus forgiveness, and the delicacy of human relationships.

“Most of my plays have a personal reason behind why I want to write that play. Either I’ve observed or experienced something, and the play takes off from that. Strangely, since I wrote the play, I have very direct experience of things that happen in it. When writing it, I had been asking the question, “Have I got this? Have I captured this?” But of course you do. You’re a writer. You can think your way into those sorts of experiences. Since the play was put on, I’ve experienced not just grief and loss, but a specific experience, which I can’t talk about, because that’s a spoiler!”

As with all Graeae productions, the show will be performed by D/deaf and disabled performers. It is the first time a play of Pinnock’s will creatively combine captioning and audio description. “I was thrilled that a group like Graeae, which works with a very specific demographic, would think my play would resonate with them and fit with their mission. If they ask to do your play, you’re not going to say no!”

Some playwrights prefer to hand their scripts over to a director and cast, leaving them to the build the physical body of the production, but Pinnock enjoys being part of the rehearsal process.

“Often the actors and director will have a similar journey to the one I had while trying to come up with the play. Sometimes they have similar conversations to those I had in my head when writing. They’ll even discard ideas in the same way I did. Actors can get a bit anxious, as I tend not to talk too much in rehearsal. They sometimes think that serving the play means serving the playwright, which is a completely different thing. I like to stay quiet so that they get a sense of ownership of their character. If they ask me a question directly, I’ll find a way of turning it back on them and asking them what they think. Everything I’ve got to say is in the text. They have to follow their noses, follow their instinct, and bring something of themselves to it.”

Pinnock’s first play The Winds of Change was produced in London in 1987. She has written consistently for 32 years. Over that time, she has reflected on the nuances between her past and present career.

“In theatre you can be idolised as a young writer, and have your work exposed in a way that often is not contextualised. When I started writing there was no training for writers. You learned on the job. I had a sense when I started writing that the plays changed me. When I’d written a play I was a different person. Not necessarily that I’d got better. It’s not that kind of progress, but something had changed. I’d gained an insight into the possibilities of writing for the stage. It’s liberating to become older and still make work. It feels very different to when I was younger.”

As a writer of colour, Pinnock has first-hand experience of inequality in the industry. So what is her advice for disabled playwrights who can also experience hardship when trying to get their plays on?

“When you’re writing as a disabled author, you may feel that there have not been many (disability-led) plays produced. You can feel what you’re doing has not been done before, or you’re saying things that haven’t been said. It’s lovely to have that sense of saying something that’s unique to you. But it’s harder to follow your instincts because when you’re writing about a world or experience that people don’t see as much, you don’t know if people are going to be able to understand what you’re trying to say. It takes a lot of courage. But that’s exciting because theatre is about new ideas and new ways of saying things.”

Pinnock continues: “Have confidence in the fact that the thing that may be difficult for you may be of value to others, especially to people who may share the experience. That’s what I feel because that’s what I have felt. I see young people feel it as Black writers. Each generation feels they’re doing it for the first time simply because of the way those plays are produced or not produced. History disappears quickly”.

Pinnock has taught students at Cambridge, Royal Holloway and Kingston University about the craft of writing plays, but she feels her personal creative process is still quite allusive:

“I look back, I produce a piece of work and people ask, ‘how did you do that?’ I can’t really explain how it ended up the way it has because it is fragmented. It doesn’t all come gushing out. It might for some people, but it doesn’t for me. It’s about work, thinking deeply and planning out the structure. Structure is one of the most important aspects of writing. Every day of my life I’ve spent thinking about structure.”

Pinnock has carefully carved her path in the playwriting world. Through her work and her wise words she invites playwrights young and old to do the same. 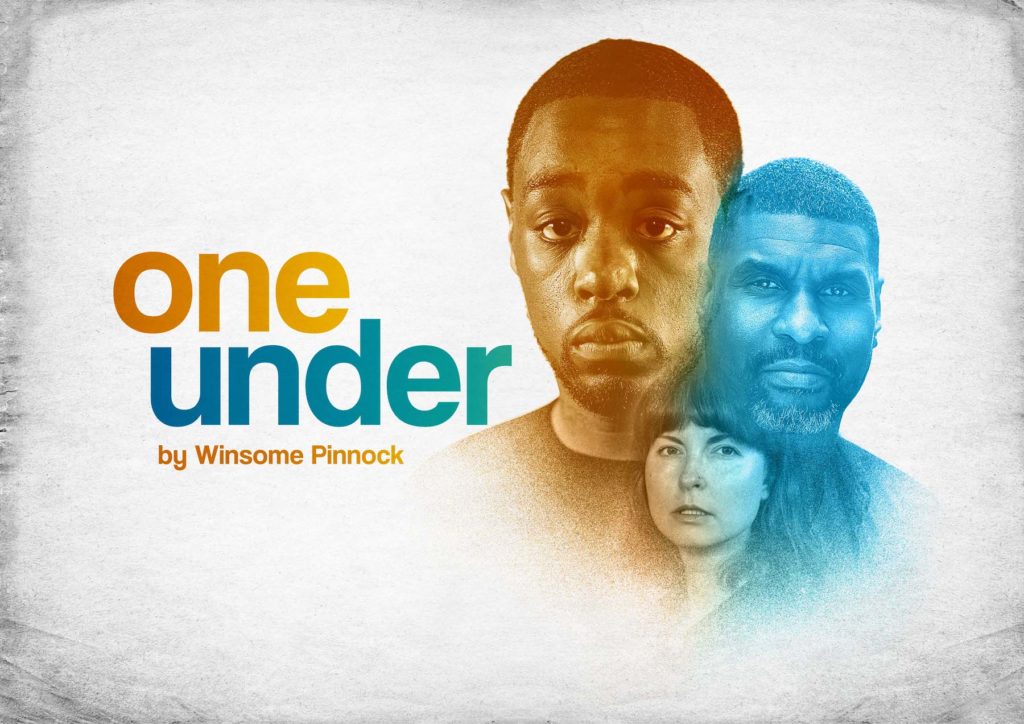 One Under will be touring the UK from 17 October to 21 December, performing at theatres in Plymouth, Leicester, Ipswich, Leeds, Newcastle, Liverpool, Birmingham, Salisbury and London. All venues are accessible.

For more information on tickets and venue accessibility please see the website:https://graeae.org/our-work/one-under/