Arts Council England recently launched its diversity data report Equality, Diversity and the Creative Case 2015/16 at their Power Through Diversity event at Contact Manchester on 12 December. Colin Hambrook reflects on highlights from the live stream. The day was live-streamed through the Arts Council’s website and footage of the artists presenting has been archived there. It was great to see the creative case demonstrated in action through the lens of performance. Writers, artists and theatre-makers Kate O’Donnell, Mawaan Rizwan, Yusra Warsama and Jackie Hagan in particular are worth revisiting, demanding we think about diversity beyond quotas, tick-boxes and the bureaucratic jargon of funders and legislators.

It makes sense for the arts to reflect the diversity of the population. If no attempt is made how will the arts ever do more than represent the elite?

The Arts Council report shows that there are signs of a cultural shift emerging around workforce, with more black and minority ethnic representation, but that more progress was needed, particularly in the area of disabled representation.

Jackie Hagan was there on the disability ticket, having toured her one-woman show Some People Have Too Many Legs, which won the Flying Solo Commission for emerging artists (2014) and the Saboteur ‘Best Spoken Word Show’ (2015).

She’s reported in the Skinny to have said: “I think the Arts Council thought I was quite cosy – like a dinner lady – so I’d work in rural venues,” so you might have forgiven her for coming to the Power of Diversity dressed as a meal on wheels. But instead she came dressed as a bookcase, because “middle class people like books.”

And the main thrust of her presentation, what she described as “the real elephant in the room”, is class, otherwise known in the diversity report as ‘socio-economic deprivation.’

Class cuts across all aspects of diversity and there was a time when as a community we’d talk a lot about the connection between disability and class. In a DAO blog back in 2008 Paul Darke said: “talent does not in itself mean you will achieve success or get the recognition you deserve: it is about class and then luck.” Disability is not so much to do with impairment, as facing barriers to inclusion in society.

There’s a conundrum that in the wild and wacky world of disability arts, I rarely face barriers. It’s outside that world that I feel excluded and it’s in trying to fit in that I become a disabled person. I concur with Jackie Hagan. I always wanted to be an artist when I was at school, but it wasn’t a profession that kids from my background went into.

Growing up on an estate in South London, for years I was the only boy in the school to do art at A-level. Being an artist was ascribed to drinking a lot. If I ever said “I want to be an artist” the reply was always “you mean a piss-artist.”

Jackie has a great way of sending everything up. She’s from Skelmersdale known locally as ‘Skem’ and is on a real mission to open up a conversation about the barriers that the arts present for people from working class backgrounds.

She says “there’s no class system in Skem, there’s just people with slightly nicer shoes,” going on to talk about the culture shock that happens when you move away from the place you grew up. “Working class people bond by slagging stuff off and swearing a lot…and trying to network with that approach… is just not going to work.”

But in advocating for more diversity, Jackie makes a lot of sense. Her presentation involves a cast of teddy bears, sad teddies to be precise. “How sad is this bear? He’s so miserable? He’s miserable because he’s Head of Finance in the local theatre and he’s been told he has to do diversity and he wants to put on Billy Elliot and pantomimes to bring the punters in.”

Jackie goes on to make a point about thinking outside the box when it comes to marketing the arts: “Don’t just market what’s on in your own foyer, reach out to alternative places: pubs, chippies, doctors waiting rooms.”

She has a point about keeping it real; ensuring stories of working class life get presented by working class writers and actors, not just the usual mix of stereotyped and patronising ideas of what it is to come from a certain background: “If your life is not represented on stage or film then it won’t be for you”.

It was good to hear the artists at the Power of Diversity go beyond the statistics, but for those interested in in seeing the data the Arts Council has collected it in a report entitled Equality, Diversity and the Creative Case, 2015-6. It gives a profile of artists, audiences as well as diversity data on leadership in the arts.

The text for Jackie Hagan’s  first solo show ‘Some People Have Too Many Legs’ is available from Flapjack Press. Her second solo show ‘Jumble Soul’ has just been commissioned by Bluesci Support, the FCA and Arts Council England. 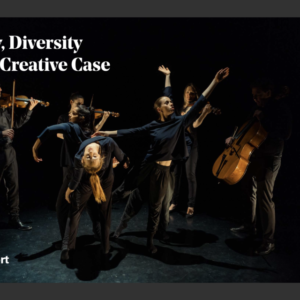 On Tuesday 18 February, Arts Council England published its fifth annual diversity report Equality, Diversity and the Creative Case featuring data from 2018-19. It is the first to cover the 2018-22 National Portfolio, which now includes Libraries, Museums and Sector Support Organisations. Trish Wheatley responds to the report outlining the efforts that funded organisations are ... 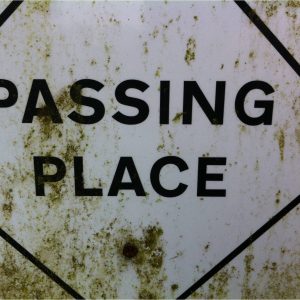 It’s been a long journey…

Four and a half years to be precise. Back in 2014 I received a small project grant from Creative Case North to work on a collaborative project. I wanted to place a disabled artist with an organisation to be able to do a residency which was about their professional development - no agenda, no product, ... 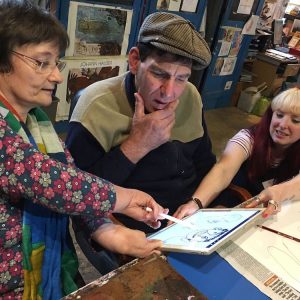 ArtStudio01 and our first studio visit to Barrington Farm, Walcott

By Jennifer Gilbert. ArtStudio01 was set up in 2015 by Learning Disabled artist Alison Picknell and Disabled Artist Tanya Raabe-Webber, working across Telford and Shropshire. They are now an artists collective of nine artists with a studio space within Participate CIC studios in Shrewsbury. The aim is that disabled, learning disabled and non-disabled artists can work ...