DAO speaks to Jamie Hale, one of 30 writers to have received a London Writers Award, Spread the Word’s annual development programme for talented London writers. The aim of the Awards, now in their second year, is to support and nurture writers from communities currently under-represented in UK publishing – writers of colour and working class, LGBTQ+ and disabled writers. 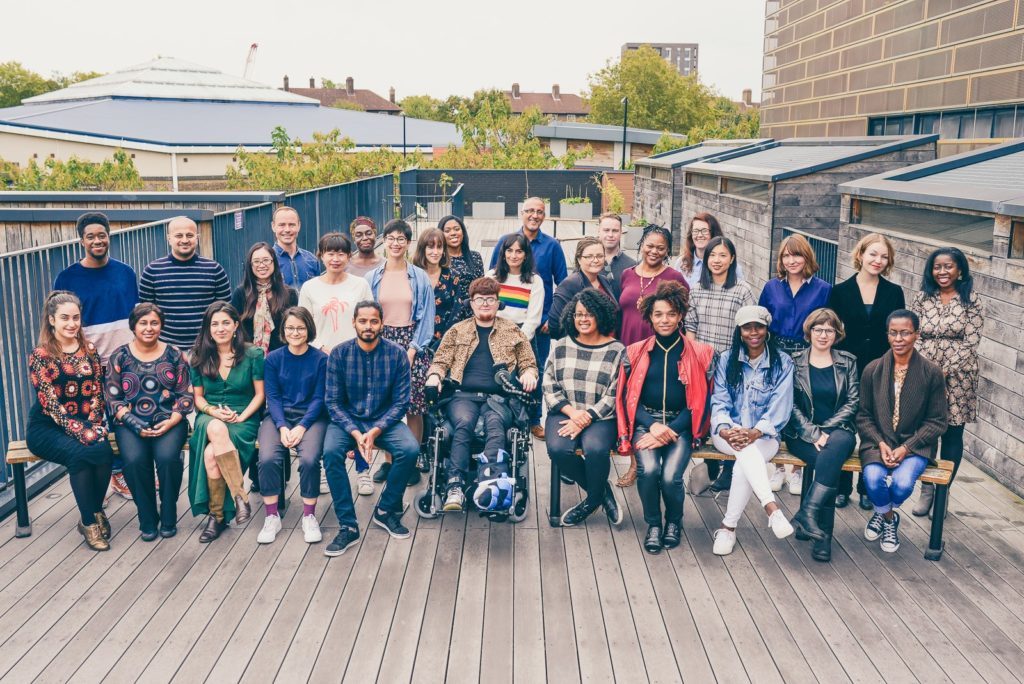 Jamie Hale is a disabled, queer and trans essayist and poet/performer whose work focuses on interactions between the body, nature and society, taking a politicised framing of illness and disability. Last year, Hale was one of the awardees of the inaugural London Writers Awards, set up by Spread the Word, which is currently accepting applications for its second year. The award has had a huge impact on Hale’s career, as they explain:

“Prior to the London Writers Awards I was struggling to see my direction as a writer. I wasn’t sure how to make progress or what the next steps would be for me. I’m now finalising my first book, have had publications and award nominations, and have a poetry show on at the Lyric Hammersmith then the Barbican Centre this year.”

Spread the Word is London’s writer development agency.  In 2015 it launched ‘Writing the Future: Black and Asian Writers and Publishers in the UK Market Place’, the first large scale report into diversity among publishers and novelists since the ACE funded report ‘In Full Colour’ in 2004. It established the London Writer’s Awards last year, not only to develop the talent and careers of underrepresented writers, but also to instigate change in the wider publishing industry.

“I saw in it a space I could navigate as a disabled writer without facing so many access barriers,” recalls Hale. “And one where my work would be addressed on its own merit rather than it being seen as inherently niche content. My work is not perceived as being of mainstream interest because it is informed by being disabled, queer and trans and gets labelled as niche writing.”

But it’s not just attitudinal barriers that Hale has had to deal with in their writing career:

“It’s not that I can’t get a seat at the (metaphorical) table – it’s that, as a wheelchair user, I can’t get in the door. I’ve faced the very physical access barriers of writing events – including queer writing events – being organised in inaccessible venues, so not being able to do this networking, build the contacts and develop work that way.” 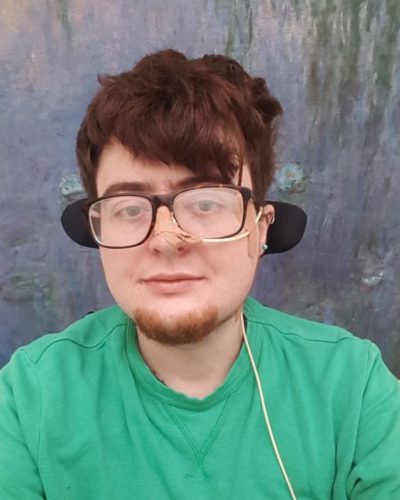 The fact that the London Writers Award is targeted at under-represented writers, with a specific fund for access costs was a huge help to Hale. It meant they could have support from a PA to assist in getting to and participating in the LWA events, without which they couldn’t have done the awards.

“The programme was really committed to involving and including me as a disabled writer,” says Hale. “I would do it again in a heartbeat.”

“Each of the three main threads was helpful in a different way. The core of it was the critical feedback groups, where we presented our work on a rotating schedule, then ‘workshopped’ it to help in the process of editing and improving. Then there were the mentoring 1:1 sessions with a member of Spread the Word staff, which were very helpful for considering agents, submissions, grant applications etc.

Finally, there were Masterclasses which focussed on aspects of the practicality of working – producing a biography, marketing yourself as a writer, assessing contracts, using social media etc. Of the three strands I got the most from my critical feedback groups, which really helped me emphasise the importance of editing to myself, and showed me how I could engineer a step-change in my writing through a focussed editing process.”

Hale reflects on the impact the programme has had on their practice and career:

“By improving my writing, it has improved my career prospects as a writer – but it’s done far more than that. I am a lot more confident in myself as a writer, and a lot more able to pitch or apply for opportunities when they come up. I’ve learned a lot about the submissions process, have a good biography to send and am now getting work accepted for publication. I’m applying for – and having a chance at – more prestigious opportunities as a result of the personal development that has accompanied this programme.”

Clearly, it’s paid off, as Hale is excited to talk about a raft of things they have in the pipeline at the minute:

“I’m currently finishing selecting poems for my first poetry collection, exploring disability, storytelling and the unreliable body. I’ve had essay pitches accepted at a number of publications and am currently drafting those essays, and most excitingly I’ve got my first solo poetry/storytelling show. It will take place at the Lyric Hammersmith on the 6th of June as part of their JOY season. I will then be taking it to the Barbican alongside a showcase of disabled artists I’m curating on the 11th and 12th October.

Those opportunities partially resulted from the grounding that the critical feedback group gave me, and the knowledge from the Masterclasses. If you’re considering applying, you should be aware that it’s a commitment of time and energy, but for me, it more than paid off in terms of development and achievements.”

This year’s London Writers Awards are open for applications until Friday 31 May, via a free and open application process. The 2019 awards will focus on four genres: Literary Fiction, Commercial Fiction, YA/Children’s and Narrative Non-Fiction. They are judged by a panel of exciting new writers and publishing industry professionals.

Bursaries are available for writers most in need and there is an Access Fund for writers to access support to enable them to participate in the Awards programme.