Clumsy Bodies Theatre take their production of Iphigenia crash land falls on the neon shell that was once her heart (a rave fable) to Edinburgh Festival Fringe later in August, Simon Overington-Hickford went to see the show at the Bunker in London Bridge on 19 July. Iphigenia and the Fresa Girls

Caridad Svich’s complex piece, inspired by Euripides’s Iphigenia in Aulis, places Iphigenia’s story alongside those of the Ciudad Juárez murders. In this reimagining, a ruthless Latin American general plots to sacrifice his daughter Iphigenia to gain the sympathy vote to remain in power. The play deals with violence against women and Svich says of the play:

“There’s an outrage in Euripides that is also ignited around this, and so it felt like outrage met outrage in terms of the storytelling which is why it feels like they needed to happen together, on top of each other; stories that are being repeated about sacrificial women and disposable women in culture.”

The company are refreshingly diverse in their make-up and have chosen to stage a play which will resonate with anyone currently watching seismic worldwide events with disbelief.

The tone is set from the start with pink neon-hued, atmospheric light flooding the sparse stage, music pulsing angrily. From an aesthetic point of view, it certainly delivers on the rave.

Mickey Shaw’s General Adolfo is a commanding presence, bullying and manipulating the trapped Iphigenia. When Iphigenia is emboldened to leave her walled garden prison, all manner of encounters await her. Jess Rahman-Gonzalez, in a difficult role, draws out Iphigenia’s naivety well.

Iphigenia meets many who have fallen foul of her father from the savagely beaten Violeta to the ghosts of the murdered Fresa Girls. It is an inspired trio, reminiscent of a cross between the weird sisters of Macbeth and Pan’s People. They switch between mocking Iphigenia and stripping her of her designer finery, raving under the neon lights in eerie, perfectly synchronised dance moves.

Sam Kindon’s swaggering Achilles first bursts into action through a flurry of Baz Luhrmann inspired visuals and later turns up to flirt with, tease and further torment Iphigenia. Kindon uses wit and playfulness to lighten what is a dark role.

It’s not a faultless production: the ‘Brechtian style’ showing of the onstage workings jar at times and the scenes of a sexual nature were staged in an unnecessarily heavy-handed manner. But Clumsy Bodies Theatre is to be commended on utilising the work to its full to tackle difficult and current issues. They are a young company full of talent and potential. This piece is an admirable debut, if lacking pace, coherence and confidence in places. 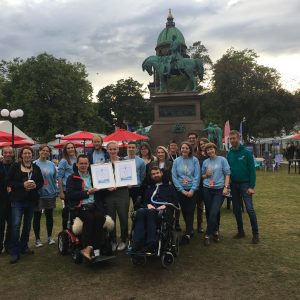 Euan’s Guide celebrates the spirit of inclusion and venues with outstanding disabled access at Edinburgh’s festivals. Now in its second year, The Accessible Edinburgh Festivals Award celebrates the most accessible and inclusive venues associated with Edinburgh’s major festivals. Euan’s Guide, the disabled access review website and charity behind the awards, are delighted to announce this year’s winners ... 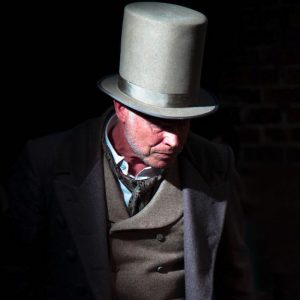 Morgan Stern is one of a number of plays written from the perspective of lived experience of mental distress to be staged at this year’s Edinburgh Fringe. Colin Hambrook spoke to Goldele Rayment Director at Company of Rogues, who are bringing their show to the festival all the way from Sydney, Australia. Many of the team ... 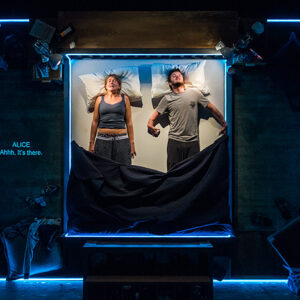 After a successful outing at last year’s Edinburgh Festival Fringe, Jack Thorne’s The Solid Life of Sugar Water is currently touring. Joe Turnbull caught a performance at the National Theatre to see if the production could live up to its hype in such a prestigious setting. As the audience files into the venue, a couple lie ...