Julie Farrell speaks to freelance curator, educator and activist, Samar Ziadat on the challenges of creating one’s own work, being passion-led, and making art accessible to all. 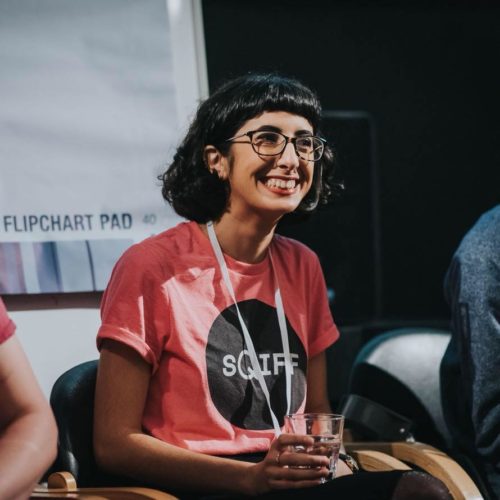 Based in Glasgow, Scotland, Samar Ziadat is the Director of Dardishi Festival, a festival of Arab and North African woman’s art, as well as an arts programmer at Glasgow Zine Library and the Scottish Queer International Film Festival. Her community-focused practice centres on issues of decoloniality and queerness; exploring the hidden histories and narratives of marginalised and underrepresented communities.

Ziadat was listed as one of Young Women Scotland’s 30 Under 30 and also nominated for the Arab British Centre Award for Culture in 2019, for her work organising the Dardishi Festival. No mean feat for a 26-year-old – yet she remains endearingly humble.

“I’m self-employed and that usually means I don’t have a boss, at least not full-time, giving me time for feedback and one-to-ones. Getting something like these was great – getting recognition for something that I do, especially when it’s not monetarily driven and doesn’t necessarily have an end goal. It’s a great way to learn about other people with similar goals and work – we often can connect with other nominees, which is nice.”

For arts freelancers, it’s accolades like these which can provide the all-important channels and connections which lead to further collaborations and work.

“How I get most of my work is going to things, keeping up with people and what’s going on around me, for example I programme for Glasgow Zine Festival which came about from my attending a zine workshop. Lauren who runs it, invited me to talk at the next festival, then after that we had coffee. We became friends and when a position came up I applied. That continual kind of connection to others is something I’m always looking out for. At the library, there’s seven of us and we’re all freelancers, working part-time.” 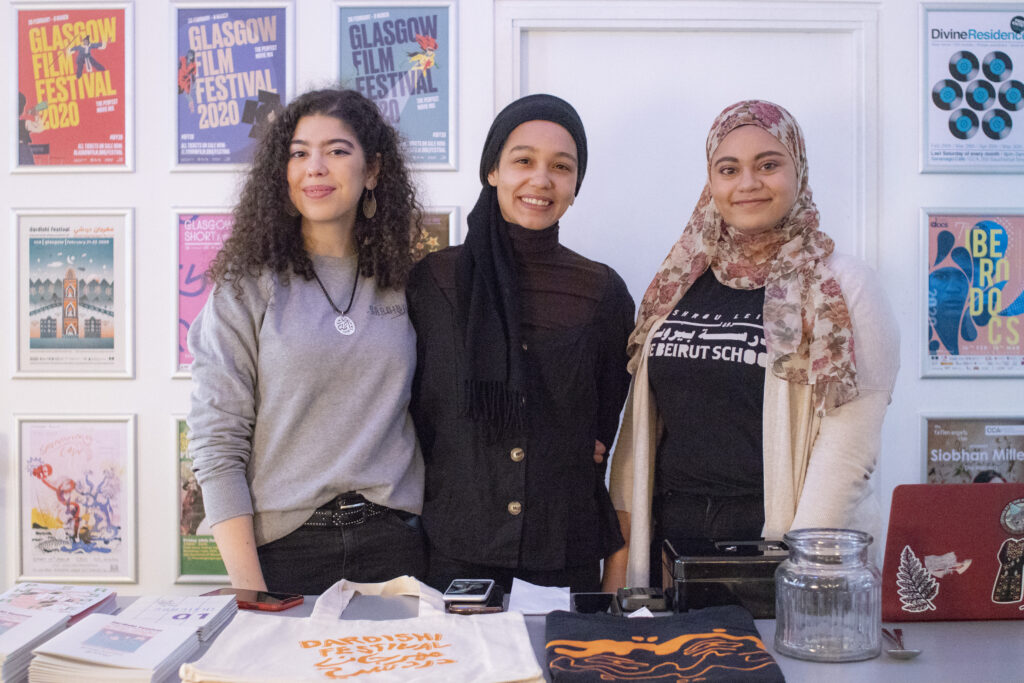 With so many projects on the go at any given time, Ziadat isn’t shy about the harsh realities of arts as a freelancer, which in recent weeks, has never been so precarious.

“It’s tough in many ways, and sometimes you might need to do work which doesn’t spark joy – spreadsheets and calendars, written diaries – or even Google timesheets and Slack – anything where we can work with the same documents. I’m very lucky to be working with Glasgow Zine Library where the zines are mostly made by marginalised groups – women, people of colour, queer people, but that means we’re not the kinds of groups that are likely to secure core funding. That’s the reality.”

“Dardishi is a project that I love doing. It’s intense – the main challenge is I’m the only member of staff year-round. During the festival period I bring in freelancers about a month before, who do about six weeks of work. Last year I couldn’t do that because I didn’t have the funding, so I did it all on my own. But this year I did manage to get funding and I was able to take on a volunteer coordinator. But I have to be very careful that I don’t burn out. It takes me two months to write a funding application, which I do year-on-year. I have to fit that in between all my other jobs. This year I applied to four different streams of funding, so all in that was six months I was working on funding applications, unpaid, so that I can be paid.”

Whilst Ziadat effusively commends artists for their understanding when it comes to changes and delays, the current crisis presents an extra challenge, and many freelancers are finding their plans up in the air as they try to work out what the best approach is.

“Working with the artists is never a challenge. Everyone I’ve worked with are really passionate about the project – are very patient with me when things don’t go to plan. Or if I have to pay someone a month late. They appreciate it’s a DIY project. There are challenges, like this year I had a year-round programme of events for the festival which due to the pandemic is no longer happening. So I have to decide whether to use the funding to run the events online or whether to set up an entirely alternative programme.”

When it comes to the pressure – and power – of being a programmer, Ziadat acknowledges her privilege and consciously tries to use this, to challenge mainstream perceptions, by effecting positive change and create access where there was none before. 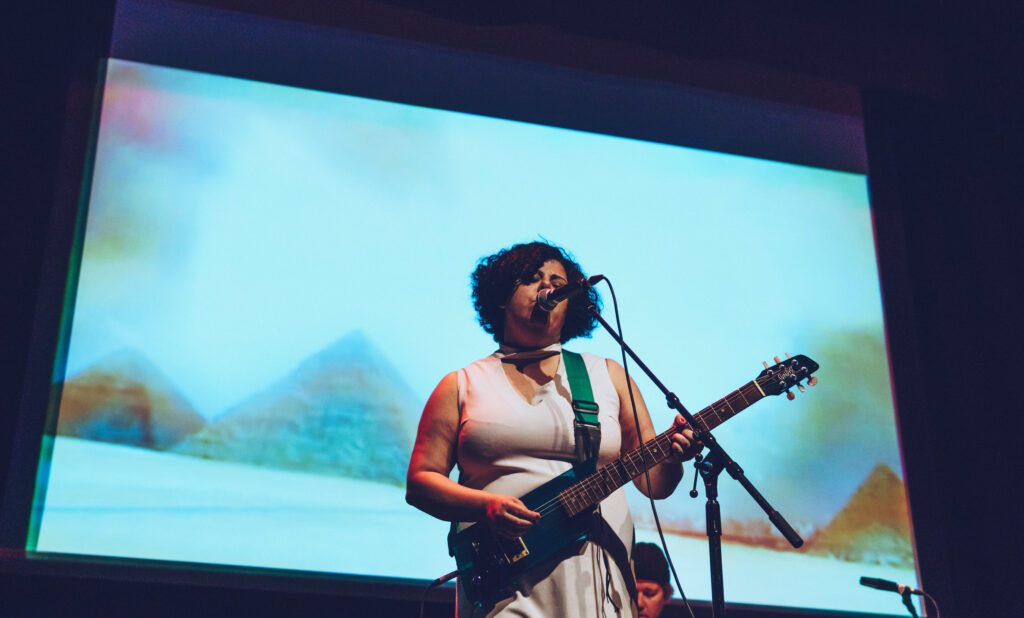 “It’s a position of power and privilege for sure, and with the festival I’m making sure that women are at the forefront – queer women, women of colour, women primarily based in Scotland because our exposure and our network here is so much smaller than people who are based in London for example, so that’s really important. I don’t want to feed in to the stereotype that people of colour aren’t based in Scotland. I make sure that the program itself is accessible to as many people as possible by putting in access measures like sliding-scale ticketing systems, using quiet rooms, free spaces in between events so that people aren’t under pressure to buy products and spend money.

I also make sure to give a wellness form to my volunteers to ask them what I can do to make sure their working environment is accessible to them – giving them a travel budget etc. I’m constantly learning. I’ve learnt so much about deaf and blind access. Coming from a place of privilege I didn’t even consider that there would be a deaf culture – of course there is. It’s been really interesting to me to delve in to what that must be like as much as I can. So then I can try to offer that – for example we offer close-captioning all of our events.”

When it comes to the rewards for the freelancer’s hard graft, it’s the little things that Ziadat is grateful for, as she fondly recalls a moment of connection amidst the madness of the last festival.

“It’s the friendships – I get to meet so many incredible women. This year particularly – I had freelancers and volunteers – we were all exhausted, and we just looked at each other and someone said ‘do you wanna get Shawarma?’ It was just a really nice opportunity to hang out afterwards. We now have a WhatsApp group and we try to meet up when we can. We’re based all over Scotland so it’s nice that we can keep in touch that way.” 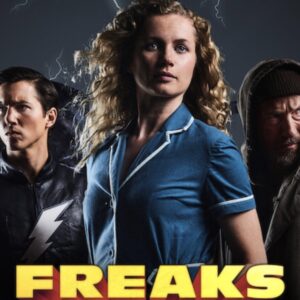 Freaks: You’re One of Us 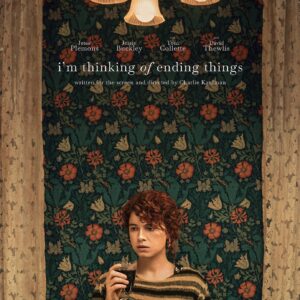 I'm Thinking of Ending Things is an American romance-horror-thriller, described as a ‘hot dose of mental illness horror', both written and directed by Charlie Kaufman and released on Netflix on 4 September. Review by Katie Driscoll Charlie Kaufman’s latest psychological drama delves into the mind of Iain Banks from his enigmatic book of the same name, ... 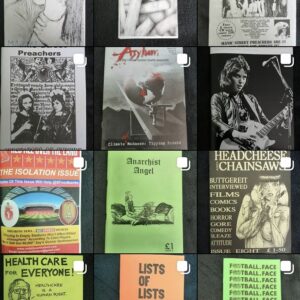 Art, whether it be written or visual, always has traces of its maker. But not all art feels like getting an intimate glimpse into the mind of the creator. A self-described 'shy radical', Hamja Ahsan’s writing feels deeply personal yet relatable. Emily Rueggeberg sits down for a virtual chat with Ahsan to learn more about ...

Excellent interview. I really enjoyed reading it. I especially like this: “Ziadat acknowledges her privilege and consciously tries to use this, to challenge mainstream perceptions, by effecting positive change and create access where there was none before.” Good stuff, very encouraging. Thanks.