Born in Chicago, Athena Stevens is a playwright, performer and director. She is a Creative Council member and Associate Artist at Shakespeare’s Globe. The writer and performer talks to DAO about the production Scrounger, directed by Lily McLeish, which premieres on 7th January 2020 – the opening of the Finborough Theatre’s 40th anniversary season. 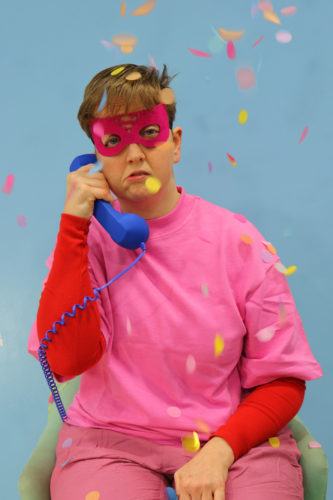 Scrounger is a no holds barred look at Britain’s treatment of disabled people. Inspired by real events and a lawsuit initiated by Stevens herself, the play drives towards the realities of how Britain is failing disabled people and the extreme cost paid by those seeking justice.

Scrounger needs help, she’s naïve, she is sent from the demons to torture her mum… at least according to her Uber driver. Scrounger doesn’t care; a successful online personality, she’s got more power from her bedroom than anyone on London’s estates could dream of. She’s educated, she’s ballsy, and with a huge network of online allies, Scrounger is a woman who knows how to make change happen. That is, until an airline destroys her wheelchair.

“Scrounger is as true a story as you could put on stage in ninety minutes about an event that took over a year out of my life and ended with signing an NDA regarding settlement. All of the true events are in the public domain. I sat down to write Scrounger as a one person show, but I’m skeptical on how we fall back on solo shows for outsiders rather than encouraging integration in theatre. When I sat down to write Scrounger it came fully formed and I was pretty clear from page one that a solo show was not the form this play needed to take.”

“I could write a play about almost every day of my life because, when you live in the body that I do, avoiding conflict is not an option. The problem comes in when the people you love, expect you to avoid conflict simply because they themselves have always had the privilege of doing so.” 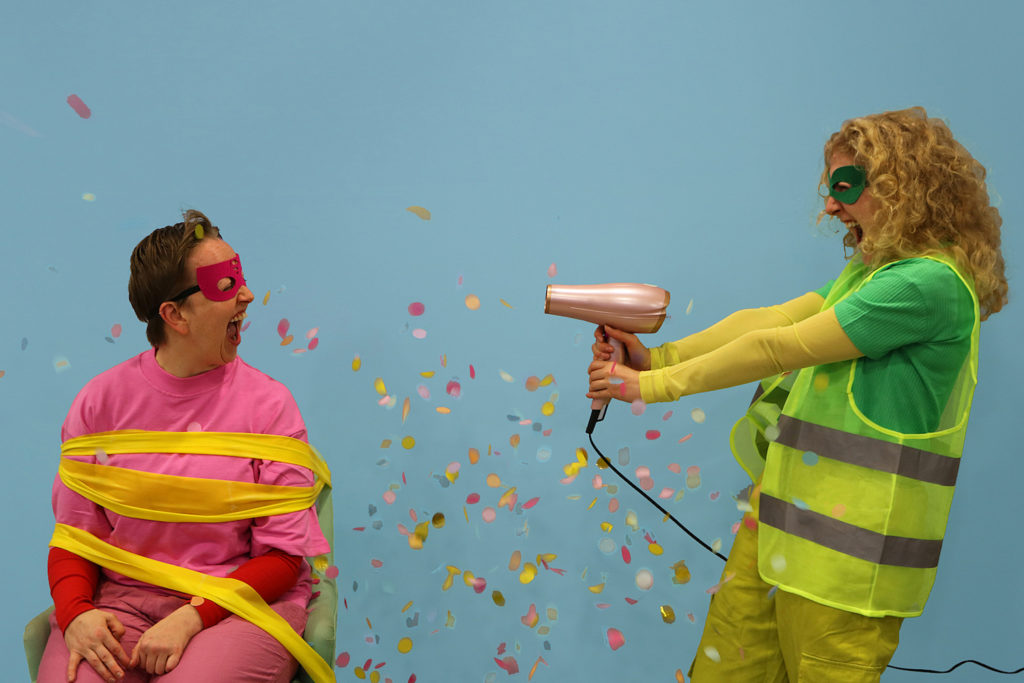 As disabled people we are prone to victimisation, but by the same token many of us are reticent about being labelled ‘vulnerable’ because it plays into tropes about us being dependent and needy. On the theme of stereotypes Athena said:

“Stereotypes are one reason that society is falling apart. We have expectations that people should behave rather than seeing how the person is actually behaving. With this piece I use stereotypes to form characters very quickly but Scrounger herself is caught up in the stereotype that disabled people should always overcome, which forces her to go on this rather painful coming of age journey.”

Although the production could easily be perceived as disability arts, Athena is ambivalent about the genre:

“I am hesitant to label my work as disability art. I find it can be rather limiting and self involved. My job is to present a story to the mainstream population which means it has to be sellable, sleek and extremely commercial. Disabled people already know the story of Scrounger we live it every day, that’s not the audience we need to be speaking to.”

“All of my work is geared towards a mainstream, liberal, middle class audience mostly because they are the people that go to the theatre. They are the people that need to be challenged and have stories crafted that will change their perceptions. I also hope that Scrounger creates an image of what systematic discrimination looks like and that is something all minorities can relate to.”

Athena Stevens previous work at the Finborough Theatre includes Schism, which later transferred to The Park Theatre, and which was nominated for an Olivier Award and an OffWestEnd Award for Best Female Performance in a Play. Scrounger was previously performed as part of Vibrant 2019 – A Festival of Finborough Playwrights, whilst her play Genie was presented as part of Vibrant 2015.

Scrounger plays at Finborough Theatre, London from 7 January to 1 February 2020. For further information go to www.finboroughtheatre.co.uk. Please note: the Finborough is not wheelchair accessible.

A play about disability in an inaccessible venue. That takes the cake, the biscuit and every type of sweet food ever created!!!

There were dates in an accessible venue at the beginning of January – but only for a few nights.