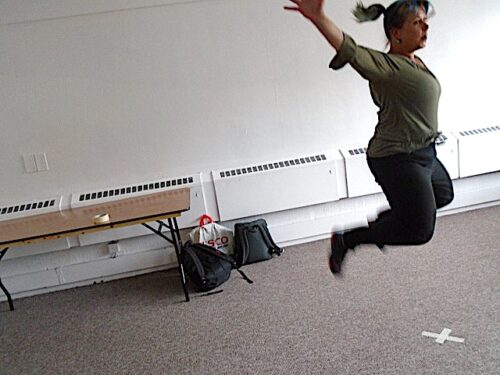 Tanvir Bush is a novelist, film-maker and photographer, with an MA and PhD in Creative Writing. Her key area of interest is the formation of empathy and resilience via photography, documentaries and novels. She joined the D4D team as an Associate Research Fellow to work alongside the team leaders on each of the D4D project streams.

Set in a despotic future England, Bush’s satirical novel Cull depicts the deplorable outcomes of state-sponsored euthanasia of disabled and vulnerable people. Throughout the piece she illuminates the language of dehumanisation and the escalation of prejudice towards disabled and poverty-stricken people in England today. Her research was deeply personal, based on her own experience as a disabled ‘client’ of the UK’s social welfare system during ten years of Austerity.

“I had done a lot of research into the origins of Aktion T4 of Germany, pre the Second World War. There had previously been a huge depression in Germany, people were really poor, and Hitler had been in power for some time. The parents of a disabled boy wrote to Hitler, asking if they could kill their child because he was useless. Hitler was like, “Oh my God, brilliant idea. We can cleanse our stock.”

The Nazis had been thinking about this anyway, so they started off by rounding up disabled children with the help of local doctors. You didn’t have to be disabled; you could have a parent who was an alcoholic, you might be an orphan, or from a different ethnic background. They rounded up all these kids and experimented on them, ultimately killing them. They went through about 5,000 of them before they began practising on adults. The media at the time was stating that these people were parasitic and called them ‘useless eaters’.”

She continues: “In 2010 I was on benefits, very depressed, and listening to Ian Duncan Smith talk about disabled people like me as “economically unviable,”. I started looking at Nazi propaganda from the 1930s, and comparing it to the propaganda given out by the coalition government. There are very similar patterns. The idea is that if you dehumanise people, you can then do things to them and the wider populate won’t respond. So, if you call disabled people “benefit cheats” it really works. At one point there was a newspaper article that said 75% of people on incapacity benefit are fraudulent. That percentage was from a government source. The actual number was 0.025%. The newspapers later retracted the statement in a tiny paragraph. But what people remember is that incorrect 75%.” 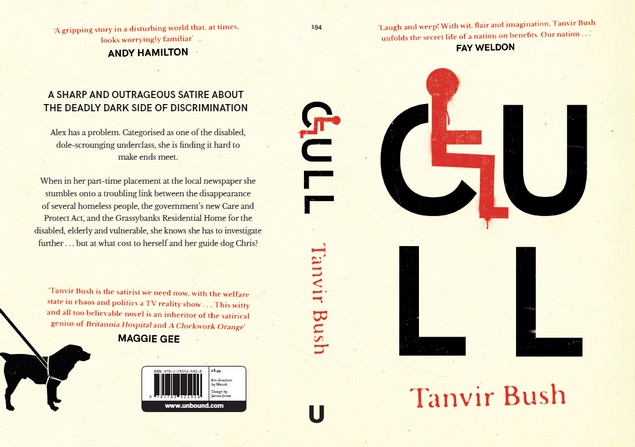 The themes of Cull fitted perfectly into the D4D Brave New World work stream, which has been excavating the more disturbing concepts surrounding eugenics, genomics and the elimination of disabled people altogether.

“The novel tries to give disabled people a voice and find ways of empowering people. When I was losing my sight, I didn’t have anyone who I could read about who was like me. Most people in literature who lose their sight, they’re either incredibly pathetic or they just kill themselves. And none of them have sex. It’s insane. That’s just the tip of the iceberg when it comes to disability. That’s why joining D4D was both work and activism for me. The project has allowed me to explore my own identity as someone who is in between the worlds.

“For years, I’ve been able to bluff being sighted because I have retinitis pigmentosa (RP), a particular eye disorder that makes me look like I can see fine when in fact I can’t. Being a part of D4D and being able to work with other disabled academics and artists, sharing and engaging in all the different work that’s being done, being able to have conversations around being weary, being overwhelmed, without feeling like that was going to be turned against me in any way, that these thoughts and feelings are actually part of being an academic, being someone who has to use additional sensory functions, being to express that and for it to be important for the first time, this is all really exciting.”

Bush has been working across various D4D work streams, including the Performing Inclusion and Community project. She spent time co-facilitating sensory photography workshops for Misfits Theatre Company, a theatre and social group in Bristol that brings performance training, workshops and nightclubs to people with learning difficulties. Sensory photography uses all the senses, not just sight, to photograph images. The aim of these workshops was to explore different ways for people to express themselves and give their take on what it feels like to be part of a community.

“We started by just showing them around the camera. Everyone had the same type. We had loads of objects that they could play with. People could take an object away and put it in the sunlight and take a photograph really close up of a tiny detail, or they could take a shot through the window. They could take portraits of each other, but using different senses. The idea of sensory photography is that you’re not trying to compose a shot; you’re trying to capture a kind of energy. It’s really fun! Once people recognise how quickly they can make art that way, it completely releases them, especially blind people, who’ve been told they can’t take photographs. I’ve taught several workshops with blind or visually impaired people who then go on to load up their Facebook pages with their photography. They’re suddenly free to do things they’ve never been able to before.”

Bush has also been working with engineer Praminda Caleb-Solly on the Catch Me If You Can D4D work stream, and they have been curating a series of Leaky Robots events. These events explore ways a Robot Double (or telepresence robot) can support access to culture for disabled people, as well as the role new technologies play in giving disabled people greater independence. The Robot Double is designed to give agency and autonomy through a remote connection.

“It’s like an iPad on a moving device,” says Bush. “So a person in their bedroom can move this device around and talk to people at an event through the iPad. D4D artist Esther Fox couldn’t be at the book launch of Cull in person so she came as the robot. She went around the event and chatted to people. It is absolutely possible to engage in that way. It’s quite a simple thing, and we’re investigating whether it ultimately helps or hinders. If disabled people use these interactive devices, does that mean that we are then going to told, ‘Well, you can always use this interactive device, so we never need to see you in public.’ There’s swings and roundabouts with this technology. The Leaky Robots project is all about exploring the question: how can people be present in a world that is not necessarily conducive to them being there in person in the first place?”

It’s not just social events that the Robot Double can be used for, but also for visiting museums. “Literally the day before the first lockdown, Praminda managed to get one of the robots up to the Hastings Contemporary art gallery. They had been looking at how the telepresence robot could be there for people to view the art gallery during lockdown.”

Having worked on multiple D4D work streams and gleaned a comprehensive overview of D4D project as a whole, what is Bush’s main takeaway?

“It’s been an amazing space and it is only the start of many more interesting conversations. It’s been like a door opening to a whole world of research areas that can be explored further. I can take the techniques of inclusion I’ve been learning through D4D into spaces where there may not be other disabled academics or disabled people, but the things I’ve learned will help everyone.”

D4D is an Arts and Humanities Research Council ‘Connected Communities’ funded research programme. D4D has been investigating the evolving ways in which we as disabled people express, perform, experience and practise ‘community’. 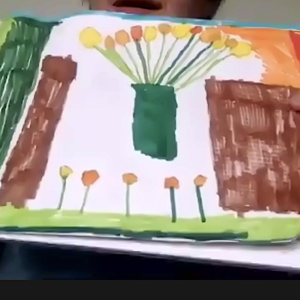 Andy Auld is a researcher working on a PhD in Disability and Cultural Studies at Bath Spa University. With a background in Cultural Studies and Gender Studies, his research focuses on the intersection of disability, mental health, art, class and capitalism. Natasha Sutton Williams caught up with Auld to discuss his work on the D4D ... 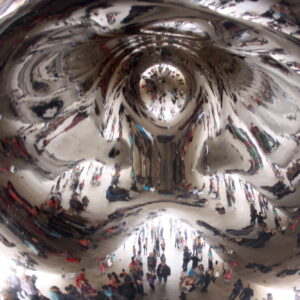 Martin Levinson is Professor of Cultural Identities at Bath Spa University. He works in Educational Anthropology, and his research centres around minority, marginalised and disadvantaged groups. As Principal Investigator on the D4D project, he is responsible for co-ordination across the different workstreams. Natasha Sutton Williams chatted to him about his ethnographic research, genetic screening, and ... 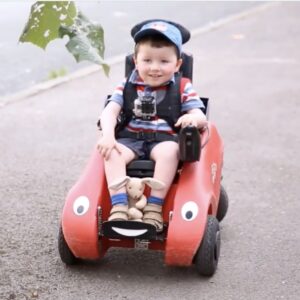 Wizzybugs A Go Go: Robotics Engineer Praminda Caleb-Solly on her D4D project Catch Me If You Can

An expert in designing practical, technical solutions for disabled people, Caleb-Solly is the theme leader for assisted living at the Bristol Robotics Laboratory at the University of the West of England. Natasha Sutton-Williams spoke to her about D4D project 'Catch Me If You Can'. Catch Me If You Can explores how technological interventions can positively impact ...