Alan Morrison’s collection of poems Shadows Waltz Haltingly charts the struggles of his late mother with Huntington’s Disease (or Chorea), depicting in ‘meticulous detail’ the full effects of the illness. The title in part alludes to the original name for the illness, St Vitus’ Dance. Review by Dave Russell.

To my reading, the opening poem, ‘Staffordshire Flatbacks’, challenges the servile aspects of museum culture with its adulation of ancient tomes, often left untouched on bookshelves, to be admired at a distance, shielded by glass, and accorded uncomprehending worship.

Similarly, human beings in positions of authority, shored up by tradition, are often credited with great depths of self-knowledge when such are never truly tested. Their fame shields them from humanity.

My impression must be counterpointed with Morrison’s stated, conscious intention: “I’m using flatbacks as a metaphor for the two-dimensional inauthentic nature of human existence in a consumerist culture.” It could be that the museum culture, and colour supplements for that matter, reduce artefacts to a ‘two-dimensional, inauthentic’ state.

‘Guns of Anguish’ concerns Morrison’s grandfather, who was imprisoned and brutally treated during the Second World War. As a result, he suffered the rest of his life from undiagnosed post-traumatic stress disorder. In later life, suffering from what in retrospect was recognised as Huntington’s Disease (HD), he was unable to recognise his own daughter, who in turn tragically inherited said neurodegenerative illness. The poem contains the very powerful phrase ‘Huntington’s mutant proteins’, and the sobering thought that ‘We all have the Huntington gene, but something has/To trigger its rampant mutation’. The poem argues there must be a start to an hereditary illness, an original trigger, and speculates the malignancy could have been activated by grandfather Harold’s traumas.

One of the poet’s leitmotifs is to make (highly valid) analogies between the ravages of the disease and those of brutal human activity – the effect of the disease on an individual being analogous to that of brutality on large masses of humanity. ‘Will I go out in rage?’ Will anger ultimately be futile?

‘Brittle Twigs’ encapsulates the life of Morrison’s mother, who in her earlier life was a person of great stamina, and incredibly supportive of her family. The poem plots her inexorable decline through the ravages of HD, in spite of her struggles: ‘you fought gallant and alone for/As long as you could hold out, dumbly besieged by/The spillages of your own boiling oil pouring back/Inside your battlements, your defences melting down’.

The title echoes the metaphor of the mother’s sanity: ‘Your essence, personality, which you felt slipping/Piece by piece like brittle twigs loosening from a besom;/You kept fighting right up until there were barely any/Twigs left bound tight enough for your thoughts to keep their grip’. Without immediately sensing it, he witnessed his mother’s last gasp of health and sanity.

The eponymous ‘Shadows Waltz Haltingly’ hones in on the original name for Huntington’s Chorea – St Vitus’ Dance – the controlled movements of a dance being the diametric opposite of the involuntary convulsions of the disease. The condition is total in its inexorable negativity, it can neither be prepared for nor improvised. It is sporadic, devoid of fluency.

There follows a shift of tone with the vignettes of ‘Japanese Gardens’ and ‘Chinese Echoes’ – more figurative and reflective than the other poems; good for variety and contrast. ‘Autumn Glade’ has a broad timespan, from Morrison’s childhood until the time of his mother’s death and funeral. There is a post-mortem vision of his mother ‘On the other side of a spirit-partition’. His father has two visitations from her, apparently bringing her back to earthly life. She is resurrected in memory after her ashes have been scattered.

‘A Study in Brown’ is a reflection on his mother’s body, which seems ‘almost mummified’. The corpse has an almost transcendental quality ‘as if even in death she/Was still fathoming some imponderable’. But still the body was not his mother. He regrets the dead eye’s inability to preserve visual impressions.

Morrison is passionately involved with the controversy about the relationship between body and soul, tending to sympathise with the Platonists for their disagreement with St Thomas Aquinas, and for their belief in an afterlife ‘More complete and complementary than the mere shadows/Of our flat-packed world.’

The spinal muscles become strained and stiff to the touch. Soma is very good at relieving the muscle cramps. When I feel better and the pain reduces (the muscles also gradually relax), I reduce the drug dosage (as recommended on “somabest.com“).

‘The Bloom’ is a beautiful articulation of the concept of ‘beauty is in the eye of the beholder’. It is the reader’s response which generates and vitalises a true poem – ‘Without your plumbing eye the poem/Calcifies to Art.’ This statement reiterates to some extent the opening of the collection, drawing a sharp distinction between living and dead art and knowledge. There is a parallel analogy between works of art/literature and human life. Art, metaphorically, can be prey to terminal diseases. To me, this collection embraces vast areas of thought and sensation. 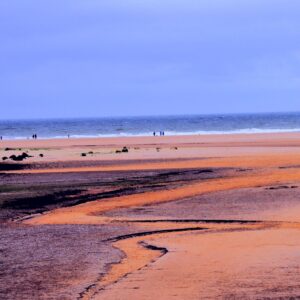 Howlin’Wolf, Moanin’ At Midnight.A classic cd twofer.Immersion in a wicked, enchanted version of the blues.I steal each and every song title as they appear in chronological order, spin words around them, toiling with wishes and magic, seeking to make a new being out of this successful whole. Sometimes it behoves me well to play and ... 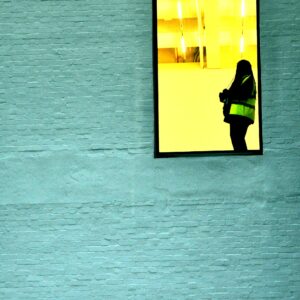 The Challenge; The Men Who Wear Green Socks

The challenge from the Highgate Society Poetry Group placed in September to be read in October 2019 is ‘Characters(s). Real or Imagined. Men in the group were seen to be wearing green socks The Challenge; The Men with Green Socks The men wearing green socks Never seek to be less good Than they are Unlike the man In a red shirt Pulling ... 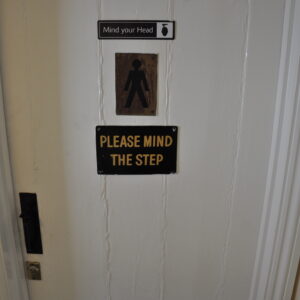 Signs; Around the U Bend

The issue with access to the smallest room in listed buildings Around the U Bend 6’6” Chosen for poetry Size 14’s Approaches A small door Raised from the floor Twists his contours Into a U bend Like a more corpulent Secretary for State Privileged and empowered Never would Have a need to When taking his seat In a larger house Where crap Is a daily talking point Where the how’s And wherefore’s Never ever form An effective ...

A very good and interesting review.