Sandra Alland details the interlocking and complementary contributions from a group of talented collaborators in The Shape of the Pain at Edinburgh Fringe, where it plays at Summerhall until 26 August. Hannah McPake is not the only star in The Shape of the Pain. Photograph: China Plate

Like the main character’s pain, each contributor to The Shape of the Pain is ever present. Unlike her pain, they’re hardly noticeable. Rachel Bagshaw and Chris Thorpe’s team creates a stunning balance of theatrical elements, while also seamlessly integrating access for disabled and D/deaf audiences.

Designer Madeleine Girling’s set design is minimalist: a grey, thin, metallic wall about three metres high. Divided into rectangular segments with tiny holes in them, the wall curves towards the audience at both ends, but doesn’t reach us. The following is projected onto it in large, white, sans-serif font:

‘This show uses sound design throughout. It works alongside the text to explore the experience of pain. Sometimes it is barely present, sometimes it dominates. The sound is both electronic and organic. It drones, it pierces and sometimes it comforts.’

Projecting this information has two-fold benefits: it describes the forthcoming sound and its meanings for D/deaf audiences, and it warns the audience that some moments might be alarming. Michael Achtman’s access design remains both functional and engaging throughout. Its self-awareness and integration with the rest of the design adds exciting nuance – and avoids the clunkiness that often happens when disabled and D/deaf people are an afterthought.

Although there is no British Sign Language interpreting, everything spoken is projected onto the wall. With continued captions, a disembodied voice describes visual elements for blind audiences: the set, the forthcoming action, and (with self-deprecating humour) the performer we’re about to meet. Then Hannah McPake steps casually onto the stage to address us directly. Lighting and video designer Joshua Pharo places the captions beside and around McPake. They emphasise the character’s feelings through changing shape, size and speed. When pain takes over, the text echoes McPake’s muttering and emotional dislocation. It SHOUTS, d i s i n t e g r a t e s, turns to black on grey. Communication becomes obscured, impossible.

The Shape of the Pain is a fictional monologue about Bagshaw’s very real chronic pain. In the script, Thorpe tries, again and again, to create metaphors for how the director hurts; to explain the unexplainable. Besides weaving in research and ideas from medical collaborators, he sometimes uses examples from Bagshaw’s experiences. A segment where ‘Have you tried…’ is repeated rhythmically with a long list of options from yoga to ‘just not doing this for a bit’ stands out as hilarious and poetically vibrant, echoing much disability activism against ubiquitous illness ‘problem-solvers’.

While Melanie Wilson’s original music soothes or screeches alongside with impeccable effect, Pharo complements his animated captions with stark rectangles of light and evocative video moments – especially remarkable when the projected words explode into black dots that swarm to encompass McPake and the wall. The Shape of the Pain. Photograph: China Plate

All the show’s elements come together with finesse, to striking effect. Thorpe talks eloquently about and around pain, in funny and moving ways. The company simultaneously evokes pain through sound and visuals, outlines its very edges. McPake gives a stunningly sharp and vulnerable performance. But still, the only way to understand such pain is to feel it. Non-disabled audiences can approach, but never truly enter.

Besides being a chronicle of agony, The Shape of the Pain is a fictional story of a relationship between a chronically-ill woman and a non-disabled man. In some ways Thorpe’s development of the love story is unsatisfying. He suggests much of the fault of failure lies with the disabled character – for unfairly wanting telepathy, wanting communion. And the suggested connection between the pain and the failure perhaps inadequately implicates the non-disabled man. The writing could better emphasise power imbalances.

Choosing to describe only one relationship can give its meaning(s) too much weight, and I also wondered if the piece might be better served by a less all-defining narrative. But then I asked myself: ‘why this particular (failed) relationship?’ Besides grounding us with a story to follow amid the abstract science and descriptions of feeling, the narrative could also operate as another metaphor – to represent (most) audiences who come into Bagshaw’s world. They try to understand and love her, only to leave again without succeeding. Without anything ‘being enough’ to bridge the gulf.

This gorgeous collective creation hit deep chords for me as someone who experiences chronic pain. At moments I felt almost nauseous with recognition. What is pain? What is it for if it’s not doing its job, if there’s no injury? And how do we live without understanding it, with it, despite it, without being understood? The Shape of the Pain is a fascinating, and necessarily frustrating, examination of these vital questions.

The Shape of the Pain is at Summerhall, venue 26, at the Edinburgh Fringe Festival, 22nd to 26th August. 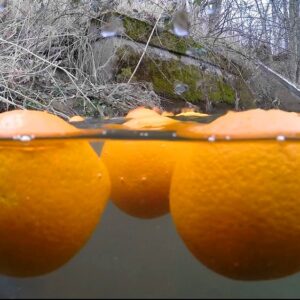 Being In Process and Inertia: Raman Mundair on writing and dancing with and through pain

Raman Mundair reflects on her life and art as a disabled queer woman of colour in Scotland. She raises pressing questions about how UK society and arts communities fail chronically-ill and immunocompromised people, especially BIPOC (Black, Indigenous, People Of Colour) and QTIPOC (Queer, Trans, Intersex, people of colour). The article features some of Raman's recent ... 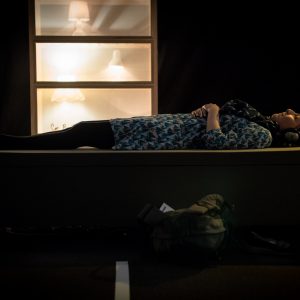 A Crash Course in Cloudspotting: Precarity in the Modern Age

If you’ve read any of my blogs, you’ll know I am neurodiverse and have had chronic pain for over a decade. Last weekend I had a flare-up, a scary one, where all my usual tricks to calm the nervous system didn’t work, and I spent hours tracing the outline of light and shadows in my ... 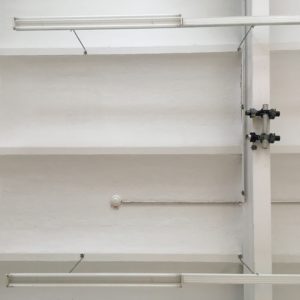 A Mini Crash Course in Cloudspotting: Creating a rest space for FRONTLINE Arts festival (aka please save me from crummy ceilings)

I have lived with chronic pain for over a decade. And that means I need to lie down (a lot). If I want to be a part of the world, to be out and move through it, I often find myself needing to lie down in public. I lie down on trains, on benches, in ...

From Alland’s review it sounds like this show has moved on a lot since the work-in-progress presented at London’s Southbank Centre as part of the Unlimited Festival in 2016.