SICK! Lab in Manchester on 10 March featured a number of panel debates throughout the day entitled On the Couch. Joe Turnbull reflects on two of the sessions ‘Who is my Neighbour’ and ‘US and Them’.

Everybody needs good neighbours and a community they can relate to. But who deserves our neighbourly empathy and does identifying with particular identities and groups always exclude others? This tension between inclusion/exclusion was central to both panel debates in the afternoon session at SICK! Lab’s On the Couch.

The ‘Who is your Neighbour?’ panel Included Yasmine Nalhawi, Prof. James Thompson and Prof. Anthony Redmond each of whom took a global view of the question, relating it to international aid, crisis response, the EU referendum and Syrian refugees, amongst other things. Nalhawi was quick to point out that in a globalised world, everyone is potentially a neighbour. In this context it’s pretty clear that we must be selective in who we extend our neighbourliness to. But how do we choose who is deserving of our compassion?

Both locally and globally, as a society we are overly reliant on the media to help us choose who is deserving of our empathy. All three panel members had stark warnings on the dangers of this. As the disability community knows only too well, the media is prone to misrepresentation in order to manipulate the public’s empathy towards certain groups.

And then of course there’s simply blackout on certain issues. “Outside the spotlight there is usually dark things going on,” quipped Thompson, who was eager to stress the role the arts can play in offering alternative perspectives to the usual media narratives.

For a discussion so global in scope it was interesting that the some of the most prescient answers were altogether smaller in scale. Nalwahi said change had to start at the personal level with better communication with the people around you: “We must challenge our own stereotypes and focus upon our core commonalities.” Thompson seemed in agreement: “Small acts of kindness can be the most transformative,” he said before reiterating the importance of localised solidarity.

But is all group solidarity ultimately exclusionary? That seemed to be the central question for the ‘Us and Them’ session debated by Gideon Calder, Professor of Social Ethics, Deaf actor Nadia Nadarajah and Ruth Adams, Senior Lecturer in Cultural & Creative Industries. Forming intimate group bonds based on various aspects of our identity is something we all partake in to a greater or lesser extent. But at what point does this result in the othering of those who fall outside that group?

Disability Arts often feels like a very closed shop, but to suggest it is ‘othering’ to those outside it is borderline absurd. As Adams was right to point out there are power dynamics to consider here. When those in positions of power exclude minorities from certain groups, thereby othering them, this is no doubt extremely problematic. And that is exactly what is happening in the current political climate.

But for subjugated individuals a tight and relatively closed community can be empowering. As Nadarajah passionately expressed (via two BSL interpreters) that in the face of the ‘othering’ she experiences in mainstream society and even in her own family as a result of lack of communication, “the Deaf community is where I get my nourishment”. This is why it’s so worrying that the nodes of the Deaf community such as Deaf schools and Deaf centres are being closed down at a prodigious rate – “we’re losing our culture” Nadarajah lamented.

She is a reminder of how the stimulation and support of a ring-fenced community can facilitate, rather than hinder, participation in wider society, having starred in the SICK! Festival commissioned Can I Start Again Please which won wide acclaim and Deafinitely Theatre’sGrounded which was lauded in mainstream press, both in the space of the last twelve months.

As Calder put it: “Closure can actually be a way to open things up. You have to protect certain aspects of identity in order for it to be a conduit for other things”. He stressed the need for groups to be porous and much like identities they should be fluid, not fixed and open to question. However, he sounded a valid note of caution which feels pertinent for this neoliberal age: “You can’t switch identities like you change aisles in a supermarket”.

Clearly, group bonds and identities are important but increasingly diffuse in this globalised world, which seems to place the individual as the most important actor. Identity politics has its place and has for some time been a fecund ground for artist endeavour, as SICK! Festival has demonstrated since its inception.

But equally identity politics can smack of neoliberalism. There is a danger when it becomes insular and hopelessly self-referential; a tick-box and an artistic dead-end that seeks to either pander to existing preconceptions or perhaps shock for the sake of it.

Identity politics both in artistic and philosophical terms must be rooted in the overlapping communities which give rise to it. Good art that addresses identity has to informed by diverse experience and aware of the wider context if it’s to be of any value. Difference is to be celebrated. This is why ‘disability’, specifically as a cultural and political identity is not only important, but is an essential voice within this conversation. 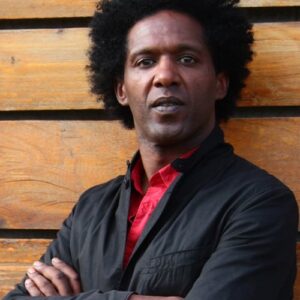 SICK! Lab On the Couch: ‘Fluid or Fractured Identities’

Sick! Lab in Manchester on 10 March featured a number of panel debates throughout the day entitled On the Couch. Trish Wheatley reflects on ideas around how we define ourselves. SICK! Lab, was a 4-day programme at the Contact Theatre, Manchester of performances, presentation and discussion bringing together artists, academics, clinicians, commentators and the public to ...

SICK! Lab 2016: A collaborative exploration of identity and trauma

Dedicated to using the performing arts to explore, broadly, the difficult stuff of life, SICK! Lab took place at the Contact Theatre, Manchester from 9th-12th March 2016, showcasing performance, discussion and presentations on the tricky themes of identity and trauma. Colin Hambrook gives an overview, taking the temperature of the collaboration. Firstly, you might wonder why ... 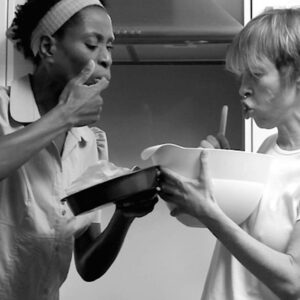 Unapologetic Self-Portraits will be the first playlist to be introduced via Dao’s new Viewfinder platform later this Spring. It was previewed for two days at SICK! Lab on a continuous loop in the Contact Theatre foyer, as well as being shown in a one-off screening at SICK! Lounge. Disabled film-maker Sandra Alland reflects on the project.   I ...