Rockbottom is a challenging dance theatre solo written and performed by the critically acclaimed dancer/actor Stuart Waters and produced by Vicki Balaam. Through its delivery, the project is asking the dance sector to consider the mental health of its performers. Stuart talks to Colin Hambrook about the development of the programme over the last two years. 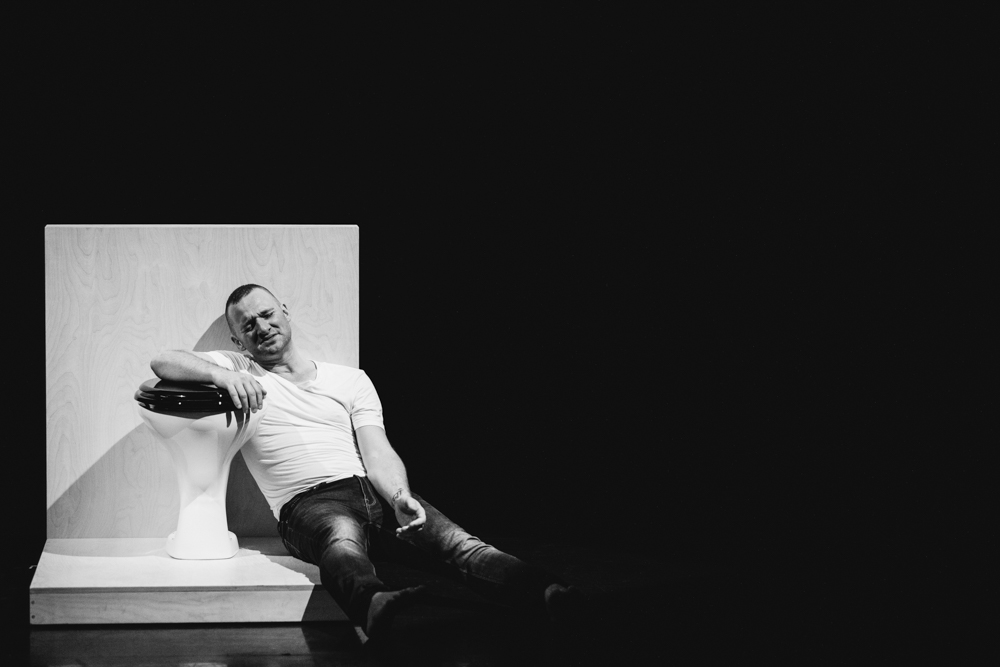 Born of a near-death experience, Rockbottom evolved from an urgency to talk about mental health and wellbeing to the dance sector specifically – through telling Stuart’s personal disturbing story of depression and addiction when at the peak of his dance career.

Rockbottom has been touring to dance theatre audiences across the UK since November 2018. In tandem with the performances, the team have been going into dance schools and conservatoires to talk to dance students.

“There is this dreamy, blue sky idea of what it means to be a dancer in a situation where we don’t have an appropriate way to prepare young people for some of the harsh realities of the dance world. Mental health is an incredibly difficult thing to talk about because it’s so personal. On the one hand it’s not my intention to put students off from developing a career, but on the other hand the demands are such that dancers will always be expected to do things that they’re uncomfortable with, that they won’t fully comprehend what’s being asked of them, until it hits them.”

“You can talk openly and honestly with a teacher in private about the realities of professional life – and often it can feel like there is some private or personal experience behind the conversations that you’re having on a professional level. But to be totally truthful to a class of dance students and tell them what they actually need to know to prepare themselves, never seems quite right. It feels like we’re telling only the partial truth and are working towards a place where we can have those really hard conversations.” 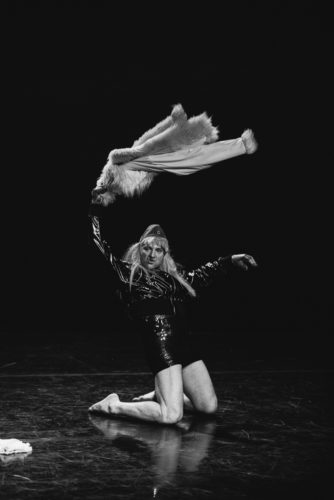 To that end, the Rockbottom team are producing an industry day in Autumn 2019 and plan to announce details this coming June. Stuart is positive that although his experience is that budgets are tightening and schools generally are finding it harder to find the money to bring external projects in to support Mental Health Awareness, these institutions want to talk about mental health strategically and to develop their approaches to pastoral care.

Alongside his work going into dance schools and universities, Stuart has been touring Rockbottom to a variety of venues. Based on Stuart’s experience following a mental breakdown that arose through depression and addiction, the show is a powerful blend of storytelling and entertainment.

“I have really loved taking Rockbottom on the road. When I perform I am on a different emotional plane to everyone else – somehow present but not present. I am reliving traumas but at the same time enjoying the theatrical spectacle of being on stage. I am aware of an audience and from a performance perspective it’s exciting to mix all that up with adrenalin, nerves, relived experiences and an overwhelming sense of people receiving the work.”

An important aspect of the show is the lengths the team have gone to safeguard their audiences, with clear guidelines in the pre-show notes on what to expect. As part of the development of that work, a lot of thought has gone into looking after Stuart. He uses a series of personalised mindfulness techniques made with a life coach, which exist as audio and video files.

“What I am learning is the challenge around scheduling and timing. Putting self-care in place is difficult in a theatre environment and especially the post-show care work. We put Viv Gordon in place to support us. She is in her own recovery work and creates solo shows around her own lived traumas. She is very experienced in the delivery and the holding of a team around her own work and has been a really good go to.” 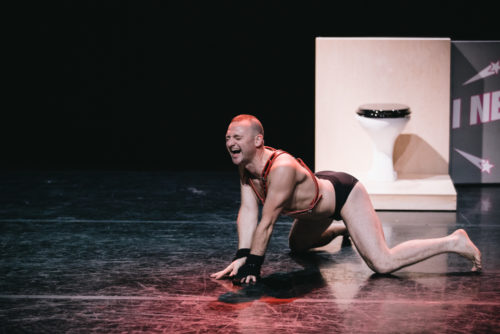 Rockbottom addresses Gay culture in a specific way, but is equally universal, because of the authenticity of the story and the level of honesty within its portrayal of mental health.

“I would say that what resonates within the show for gay men in particular is the sense of shame and awkwardness of fitting in that the show portrays: the fear of being alone and not being loved; the excessiveness of gay culture with its oversexualised marketing and the normalisation of sex and drugs that are associated with the club scene. There is an acceptance of those realities, but not necessarily a living with it comfortably.”

“As well as the gay community, I would say that straight men, women and non-binary people have resonated with the chaos that is central to the story. There are particular scenes like the confused state I present as an outcome of the use of the drug crystal meth. It evokes a very sad memory of being very confused, scared and alone wandering aimlessly around London streets. The use of the sound of traffic, low lighting and mist that enhances the image seems to trigger peoples’ hearts.” 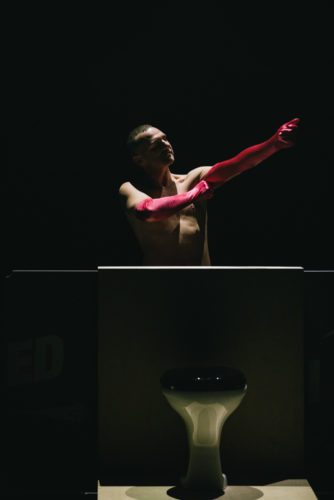 A powerful part of the Rockbottom experience is the post-show conversations. Health services, the police, the Samaritans, Mind and Mind Out are amongst the organisations who’ve been invited to send representatives to take part in panel discussions which Stuart leads at every venue.

“All the individuals from professional care organisations have related to the work directly; the level of loneliness and ineffectual attempts to reach out through extreme behaviours. All of that really resonates with the charities alongside the level of empathy I have managed to create with the audiences. I really wanted the audiences to care for me and I am really happy that that’s happening.”

“I have also really enjoyed the diverse range of audience members that we’ve had come along. We’ve been to middle-class settings, rural settings, cosmopolitan settings and we’ve put a lot of work into reaching out to access audiences, and to visually impaired and deaf audiences in particular.”

Vicki Balaam who was the founder of Stopgap Dance has a history of embedding access into everything she produces. Working with Stuart to produce Rockbottom they have brought in the expertise of seasoned Audio-Describer Willie Elliott, digital expert Sarah Pickthall alongside the technical genius of companies like Digital4 and MyClearText to ensure the captioning is right, not only for the show itself, but also the wraparound panel event after each show.

The team recognise the importance of reaching out to disabled audiences, partly because of the extra layer of isolation that sensory impairment can bring in its wake. Access is an intrinsic part of the Rockbottom marketing strategy and has involved working with venues to push them to tap into local groups of blind and deaf people as well as mental health and learning disability groups. A part of their strategy has been to send publicity out in the newsletters of charities and arts organisations who work with access directly.

And despite the heaviness of its central themes, and the rawness of Stuart’s performance, Rockbottom is an entertaining piece of art.

“Somehow people seem to be happy to absorb it and to take that weight for a bit. The feedback I’ve had from friends and colleagues is that the work stays with them; the power and the passion seem to translate. Rockbottom definitely triggers me and has triggered audience members, but we’ve managed to create a show about something really hard and awkward that in a weird way is quite enjoyable to watch.”

The next showing of Rockbottom is at DanceEast, Ipswich on 6 June, followed by further performances at Truro College 8 October and Plymouth University 9 October.