Neurodivergent artist Jon Adams reveals what compelled him to create the Emergency Alphabet. On first impression it seems simple and effective, the ‘‘U’ has been left out’. But left out of what? And why? The ND experience doesn’t need to be inherently isolating, but has been for many… Adams is the joint founder of art’s collective Flow Observatorium, a foundation who specifically support and fund Autistic and ND artists. Adams is a dyslexic and Autistic individual, and created Emergency Alphabet before his engagement with the larger ND community. What experiences made him feel an ‘Emergency Alphabet’ needed creating? Interview by Emma Robdale. 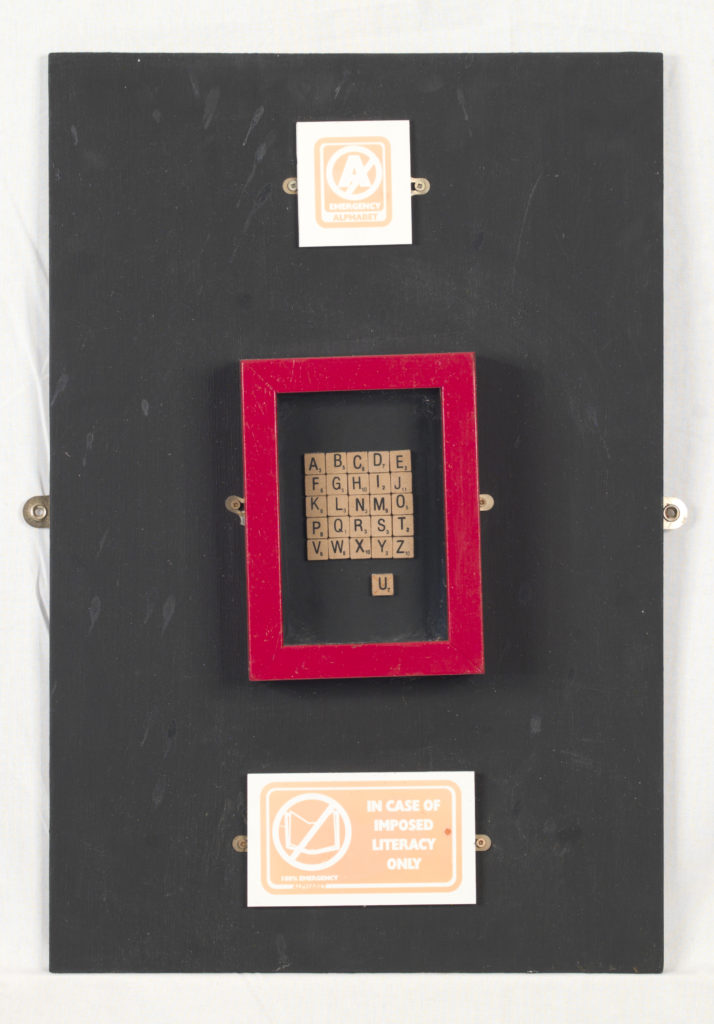 The Emergency Alphabet by Jon Adams, using specifically positioned scrabble tiles arranged inside a breakbox. Below stamped onto the black surround is a label that reads: ‘In case of imposed literacy only’

“If society makes you feel like you don’t belong… what do you do?” is a question that has followed artist Jon Adams from a young age. Though he has now teamed up with other artists to form Flow Observatorium, for a long time he was not connected to the larger community and felt extremely alone.

In 2006 he created Emergency Alphabet, when he was on an Arts Access residency; the piece was selected for a contemporary exhibition at ArtSway Gallery, and Adams was thrust into a larger art’s scene. At the event he met the regional director of Arts Council England, leading him to later become a regional council member of ACE. However, when first displaying ‘Emergency Alphabet’ he was relatively unknown, and described feeling like a ‘fly on the wall’, when listening to his own work being discussed,

From this initial eavesdropped feedback he adapted much of his later work; wanting it to be less direct. He realized that the ambiguity meant other people could “see themselves in it, and shrink-wrap a meaning of their own upon my work!” Desiring not to give definitive answers, but to make people question structures within society….

When first seeing ‘Emergency Alphabet’ at the National Disability Arts Collection and Archive, my initial reaction as an Neurodivergent (ND) Journalist was that the lone ‘U’ represented a disabled person being left out of ‘society’, who were the rest of the letters fitting in a nice tight square; rejecting or not accommodating the ‘U’, leaving it vulnerable. I personally recognised the block of squares as children playing games in a playground, or a party I wasn’t invited to… the ‘U’ was watching from the side-lines, close enough to hear but unable to work out how to fit, and incapable of complete escape! I felt the ‘U’ wasn’t outside by choice, rather the other letters refused to make room. I wanted to tell ‘U’ that it was better off, that the other letters were probably jerks!

But was my perception of ‘Emergency Alphabet’ influenced by its placement in the NDACA collection? And, perhaps, my own experiences of being ND? As a journalist, I burned to know Adams’ true reasoning and influence…

I discovered that initially he made three versions, each with different arrangements of letters and materials; Adams explained that the one exhibited, with the ‘U’ left out, was simply the most popular and impactful. But in retrospect he felt the chosen design was symbolic of how his personality often doesn’t align to certain criteria. Adams, like myself, is a dyslexic writer and artist,

“Often I felt as a dyslexic person I was misunderstood and had to plan my external life down to the last movement… As if I was caught out not reading something properly it was hugely embarrassing and distressing! This is related to trauma at school, where I was humiliated frequently and led to PTSD in later life. I’ve carried this all my life, and I needed saving.”

Letters, their order, and how to use them, are things Adams finds immensely difficult and discombobulating. However, they are essential to everyday life; unavoidable, inescapable! Posters, road signs, warnings, menus, maps, computers! Adams describes the piece as a ‘DIY rescue kit’, explaining that for him dyslexia is a short term memory issue rather that a spelling one. Adams at first wanted to create ‘Emergency Alphabet’ to be on-hand, almost like a ‘key’ for a map. It could help him understand eclectic letters whizzing all around him! Jon commented, 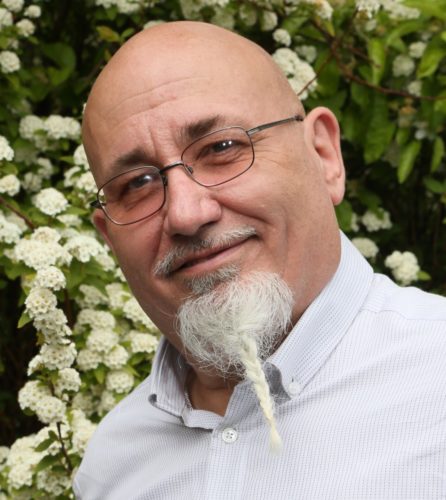 It reads, ‘In case of imposed literacy only!’… I hadn’t noticed this when first appreciating the work; but the break-box added another level of urgency; it now embodied the ‘idiocy’ panic that I have often felt when struggling to remember how to say or pronounce a word; BAM!!! I would just like to smash something out of frustration; feeling that behind some invisible glass barrier lies the answer escaping my brain!

Being a dyslexic journalist, and having listened to varying views on the disability/ND movement, I was curious to know how Adams positioned himself, “I don’t self-silo myself into one genre or another but I’m proudly Neuro-divergent.” Adams identifies as an ‘outsider’ artist, and said he hadn’t specifically made the piece to reflect neurodiversity/disability, “It was just how I felt”. Though he is autistic he doesn’t identify specifically as an autistic artist, feeling rather that it’s a “flavour”, inseparable from his work.

“Emergency Alphabet wasn’t made specifically as a disability arts piece…. It was just a response to my sense of remaining invisible. I was simply using my lived experience to ‘make and create’….though it does have a flavour of being autistic, with undertones of sarcasm and subversion.”

‘U’ get to decide; there are hugely differing opinions on how to identify within ND communities; some choosing to embody the word ‘disability’, while others reject the term entirely. Adams believes it’s important for each individual to have complete autonomy over this narrative, the words and how they choose to identify; pressure shouldn’t be on them to conform, “You shouldn’t put people in boxes… people break boxes!”

Autism
I am not the word or the letters,
And the spaces in-between.
Or the person in your imagination
U think I should have been.
I am human.

A short poem by Adams; wrestling between wanting to be in charge of his own narrative, and also realizing that, as an ND person, much has been decided by other’s reactions. Adams has spoken extensively on his experiences of discrimination as a public speaker. He has traveled with Flow Observatorium to voice ND issues, as well as celebrate creativity. In May he presented a talk in Montreal at the International Society for Autism Research,

“Autistic people are nine times more likely to take their lives, a huge issue. Arts can help bring these issues to the forefront and translate these human experiences into something that can be seen and heard.”

And that is what he managed to do with ‘Emergency Alphabet’, even before joining a community and founding Flow Observatorium. Adams feels that that many of his negative experiences are linked to being neurodivergent and the type of PTSD he faces needs to be better recognised by services.

“I’m autistic, believe it or not! So most of my existence is taken up with survival rather than creativity!” 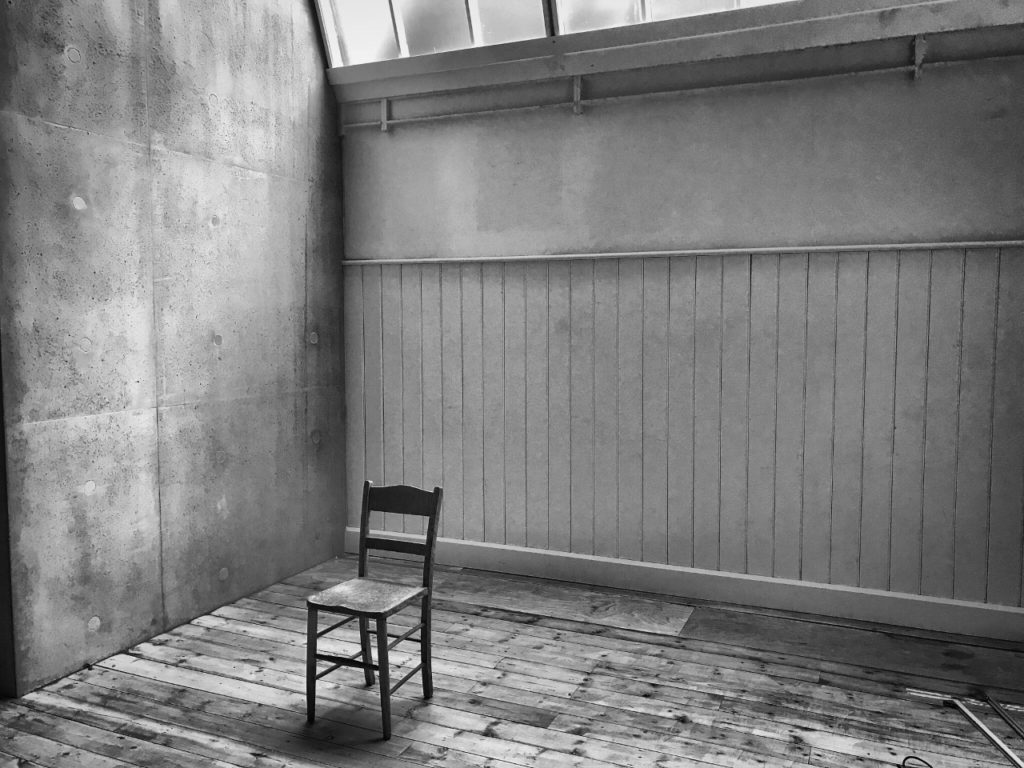 Despite this, earlier this year Adams was commissioned to create for a festival with the Royal Academy. He is working on a political project called ‘Democracy Street’, and performing in a play called ‘Games with the Waterhouse’, as well as writing two short stories for a series called, ‘Conversation of Sparrows’. He fervently believes that isolation is not inherently part of being ND; his experiences are personal, and were caused by the stigmatisation and ill-treatment he faced.

Neurodivergency can be a celebration of relating on the same wave-length, and being able to give voice to ideas and expand creatively, which is his hope for Flow Observatorium. In a more progressive political climate, ‘we’ can develop more control over ‘our’ narratives, with more of an understanding of difference, and less of a need for an ‘Emergency Alphabet’.

It sounds a very interesting idea and a clever use of language. I think a lot of people from all sorts of minorities could identify with this idea of being excluded from society. U have been left out can be a universal concept, depending on your own experiences. It is particularly significant here in terms of disability.

I think this article highlights some of the problems experienced by people with autism and other disabilities. I have had this experience myself in life, feeling left out.