The legal term ‘reasonable adjustment’ has always been recognised as problematic by the disability community. Increasingly over recent years, the government agenda has sought to further disable people through punitive measures, with welfare and disability cuts including restrictions on Access to Work, the replacement of Disability Living Allowance with PIP and the closure of the Independent Living Fund. Artist and activist Dolly Sen responds to the notion of ‘reasonable adjustment’ in two cartoons. Is it really a reasonable adjustment to ask that I can breathe freely and not have people cursing that breathe or attempting to break the heart that issues that breath?

The word ‘reasonable’ is value-laden word, with the values of a spurious, mercenary, grubby populace driven by those who want no equality lest their evil neoliberal empire will tumble down because of it. Fuck reasonable.

Disabled people should be more reasonable and know their place as those who slow down the mincing machine of profit and power over people. When it is easier to start a war than to give disability people an equal shot in life, how can we entrust a system to know what the word ‘reasonable’ means. Again, fuck reasonable.

Colin Hambrook sent me an email saying: ‘A recent report from Rethink titled ‘It’s Broken Her’ states that a Judicial Review published in 2013 as an ‘interim judgment’ considered the Work Capability Assessment to discriminate against people with mental health problems, learning disabilities and autism. It said that “the DWP had failed to make reasonable adjustments in line with the Equality Act (2010).” The judgment suggested that changes to the WCA process should be piloted in order to resolve this inequity, but also acknowledged that the courts did not have the power to compel the Government to make the necessary changes.” In other words, same old, same old…’

Do you want to wait for a time where the only reasonable adjustment that will be promised you is easy access to euthanasia? Nazi methods have fallen out of favour, but I can just image a ramp up to strawberry flavoured gas chambers. No, that won’t happen. Too obvious. Instead, people are starved, stressed or shamed into death in a reasonable society that doesn’t care just so long as our passports are blue.

I cannot put down ‘The collapse of the neoliberal oppression of disabled people’ as a reasonable adjustment. But then again, I am not one of those people who politely ask to exist and hope people are reasonable about it. I am not a strong person, but am driven by rage, and when I am angry, I stand 10 feet tall. That seems to be unreasonable to the bigots of this world. Good!

Who’s going to join me?

“What is reasonable?
It may be reasonable for the University to install a hearing loop system in all lecture theatres, but may not be reasonable to have a British Sign Language (BSL) interpreter on the payroll.”

So basically you profoundly deaf people – i.e. those who cannot rely on sound/ hearing technology – need not apply then?

The people defining what is “reasonable”, are often the most ignorant of the lot. 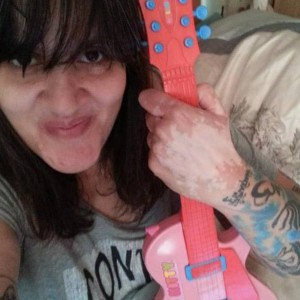 This is just typical and a disgusting example.

I’ll join you. I need somewhere to channel my rage