Disabled playwright, dramaturg and disability activist Amy Evans considers the implications of having a dearth of disabled protagonists in theatre and the problematic nature of falling back upon the ableist gaze, as she prepares to debut her new show, Libby’s Eyes at the Bunker, London in June. In literature, we talk a lot about gaze. We also talk a lot about what makes a ‘sympathetic’ character. My play, Libby’s Eyes, debuts at the Bunker in June and was originally composed as part of Soho Writers’ Lab. It took me a long time to write Libby’s Eyes. As a visually impaired writer, I’d written visually impaired characters, but I found my plays a bit boring. I didn’t know what I had to say that needed to be said.

Writers’ Lab awoke me to the idea that as well as saying something about society, I should say something about playwriting. Originally intending to write about robots and explore the theme of defectiveness, I wrote a monologue for Libby, which was read out. My peers were generous and knew me well enough by that point to not use words like ‘fascinating’ and ‘inspirational’. An honest and self-aware response came in the form of “I thought ‘I’ve never seen a main character who’s blind’ but then I thought, ‘Well, why haven’t I?’”

That was the moment Libby’s Eyes faced more urgency than anything I’d ever written before. I was writing about my personal experience of being disabled through a disabled protagonist and this is something that is very rarely done. And as my astute fellow writer asked, ‘why?’

Wish List, a Royal Court Theatre and Royal Exchange Theatre production, written by Katherine Soper is a beautiful play that brings a very real picture of PIP (Personal Independence Payments) processes and gig economy (in which people – mainly millennials – are forced to survive on zero-hours or short term-contracts).

Tamsin works for a company that values her based on how quickly she can package goods while her brother Dean is trying to be able to work in a system that is inaccessible to him. Dean is never treated like a millstone; he is a well-drawn character and there is a genuine warmth to their relationship. However, when other social justice issues are highlighted there is a tendency to use a character being personally oppressed as a cypher.

For decades, writers have been empowering women through female protagonists, working class people through working class protagonists etc. Why are disabled people seen as so difficult to relate to? Why do we need a non-disabled character to break us in? I’m not saying that Wish List should have been written differently, just that it isn’t the end for plays that highlight disability issues and that it needs to be built on.

National Theatre’s Curious Incident of the Dog in the Night-Time broke new ground in bringing a neurodivergent protagonist to the mainstream. However, both book and play embody a neurotypical gaze. Christopher tells us his story, often referring to the differences between himself and us. It is cleverly embodied in anecdotes about things Siobhan or other neurotypical characters have said and these characters are used as windows for a neurotypical reader or audience to situate themselves in Christopher’s narrative.

It’s an accomplished piece of work and Christopher is a sympathetic character, but are such concessions ever made for neurodivergent readers of books with neurotypical protagonists? Again, I’m not saying that the book should have been written differently as the way our society is, it would not have landed the same way without these techniques. We are all building on what has come before us. Maybe one day, such a window will not be necessary, and protagonists and narrators will be accepted for who they are.

It might be worth noting that until recently, female protagonists were something of a novelty and even when they appeared, their action was generally about chasing men. Female readers and audiences were forced to content themselves with a strong wife/girlfriend/mother/love interest of the main male character. Equally, we are seeing steps forward in characters of colour and LGBT+ characters, though obviously more still needs to be done.

In Libby’s Eyes, I use Audio Description to describe things that aren’t there, putting visually impaired and fully sighted audiences in the same situation. While some sighted creatives have suggested I use audio description as an unreliable narrator, it is important that everything they say is accurate as otherwise I risk alienating a visually impaired audience. (That’s not to say that it can’t have a personality!)

The audio description is not a tour of the visually impaired; it is a creative access device that we are all going to use in this play. Libby’s sighted mother is a prominent character in the play and she faces a lot of barriers and struggles due to Libby’s situation, but this is a story about Libby. She is the protagonist. I am passionate about this play as I feel I need to do something.

In Libby’s Eyes, I also reserve the right to get things wrong. I am trying something new. Somebody else might build on it and do it better, or it could go well. Either way, if you don’t like Libby, please don’t assume that all visually impaired characters are unlikeable and that we need a sighted character to empathise with. I can roll my tongue, but it doesn’t mean I have no empathy for a character who can’t. The sooner disabled protagonists become commonplace (and the protagonist stops being their non-disabled care-giver) the sooner disabled people will stop being seen as ‘other’.

An especially important piece particularly in light of Natalie Dormer’s recent film in which she, a sighted person, portrays a blind pianist! More ableist bs!

Thanks for such an interesting article Amy. I came across it browsing but it struck as cord. I’m developing a one woman show taken from my new poetry collection The Girl Who Forgets How to Walk about catching polio and my relationship with the ground of the strange rocky place where I grew up. I’ll be in London but leave just before yr show opens. I’ll try to extend my stay. 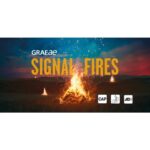