Kate Lovell explores plays with challenging or upsetting subject matter – how far is it an artist’s responsibility to protect an audience? 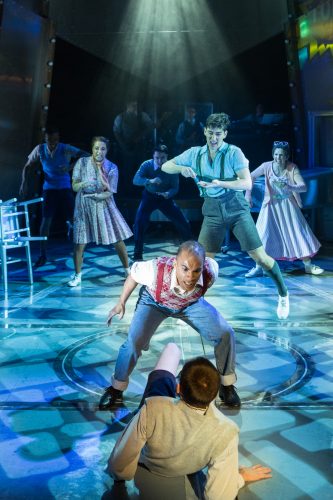 My most common access need attending the theatre, after bringing a companion, is to sit at the end of an aisle, preferably close to the exit. This is to manage my anxiety, which fluctuates in intensity, and when booking a show weeks in advance, I don’t know how I’ll feel that day. It gives me the ability to make a quick exit if my anxiety flares up − it’s too loud for me today, too bright, too crowded. Or, if the show itself is too disturbing or triggering in its content. Triggering content is by far the top reason that I do make good use of my requested aisle seat to make a dash for fresh air and a place of calm.

What, exactly, is triggering content? There isn’t a rule book on this: each person will have their own sensitivities, built up from their own life experience. But, there are common sense guidelines. If a show contains abuse of any kind, explorations of mental illness and suicide, sexual assault or oppressive language, such as racist or homophobic epithets, then it would be sensible to consider that this could trigger extremely difficult emotions in audiences.

I tend to accept personal responsibility for weighing up whether I am robust enough to attend a show with subject matter that I know will be difficult for me. After all, only I can know my own triggers, and many plays will, of course, explore disturbing and challenging content. But a recent experience at the theatre which left me in a state of near panic along with my role as Agent for Change at Theatre Royal Stratford East has led me to reconsider my position.

I attended a Fringe preview of a show that explores suicide and suicidal feelings. An upsetting topic for most, even more so if you have experienced these feelings first-hand. This particular exploration was especially brutal, and included a graphic description of the character’s suicide, in real time. After the onslaught of this experience, I felt shell-shocked and very triggered.

I also felt angry. I am yet to understand whether this is fair or rational − which is why I hesitate to name the show in question. I walked past signage which warned me of ‘adult content’ − but is this adequate? It is so broad, and has many connotations. In fact, it tells you next to nothing.

But what is the alternative? A poster detailing the ins and outs of the difficult parts of a play will inevitably have the potential to spoil the drama. The most recent Ramps on the Moon show was Tommy, Pete Townshend’s musical about the “deaf, dumb and blind kid” who becomes a pinball wizard. But the story is not all jazz hands and showstopping numbers − Tommy is sexually, psychologically and physically abused by various family members.

There was a great deal of debate around how to signpost these elements of the show. There was a concern that to place trigger warnings too high on the agenda would unnecessarily deter people from watching the musical. On the other hand, though a well-known musical for those of The Who generation, many younger audience members may have little clue about the storyline of the trippy and intense journey of the show’s title character.

At Stratford, we used our discretion and responded to requests for details about the show’s more difficult scenes. But often, teachers and community group leaders would only have the ability to ask because they themselves knew the original album or film version. Inviting groups of disabled young people to a musical showcasing the talents of a majority disabled cast in leading roles, performing to standing ovations and receiving five-star reviews from national press, felt important and could potentially spark a revelation within a budding creative mind. Disability is no barrier to artistic success − two Deaf actors play the leads in a hit musical. 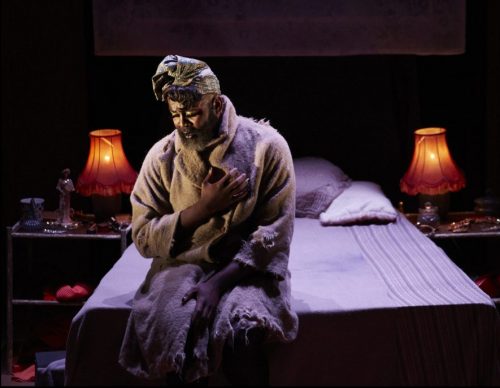 At times, discussing the content with a conscientious teacher or group leader felt like walking a tightrope. Providing a neutral verbal description of potentially distressing content is a far cry from the reality of being in the auditorium and experiencing it first-hand. It can sound more stark and harsh than the experience itself, or conversely the flatness of a verbal description can do an injustice to the intensity of the moment.

A group of people linked to a local mental health charity in East London were invited to the Stratford East performance of Black by Le Gateau Chocolat. The show explores a number of emotional themes: being a gay man in oppressive circumstances, body image issues, depression and suicidal feelings. In my role as Agent for Change, I ensured that this was flagged to the group, who could then choose whether or not to attend, with full knowledge of the potential triggers. The group was split between those who were deeply moved, who found the experience of someone telling their own story of their pain to be energising. Others still found it triggering, and some felt that the warnings given were not sufficient or strong enough.

With triggers being such a subjective issue, it is difficult to find an appropriate solution. Could technology play a part, here? Filmed clips of challenging sections of shows could provide a better insight to audiences as to what their experience may be like. At one and the same time, my heart does sink a little at this thought − somehow it takes the magic out of the live experience.

But being triggered can be a very serious state of affairs, with people finding themselves re-experiencing a trauma, having panic attacks, being set back in their own recovery. This is an issue that perhaps disproportionately affects disabled people who manage chronic mental health and emotional conditions. If the theatre industry is striving to create equal access for all disabled patrons, we need to look beyond captions and audio description, to explore the less talked about barriers that people face to attending live work.

I agree Kate – it’s a tricky balance between risking patronising your audience or setting audience members up for revisiting trauma, but I would have thought that spelling out that a play grapples with mental health and abuse would be sufficient warning that a play could contain triggers. Personally what acts as a trigger is always an inauthentic take on mental health – dressing or romanticising distress via the old trope of the tortured genius.

I agree that there should be a way for potential audience members to find out about possible triggers. I think the risk is greater in immersive theatre which physically involves the audience . I had a panic attack for the first time at show which in total darkness recreated the sounds of captives on a slave ship. The organisers had warnings at the entrance and had a system in place to anyone needing to leave to put a hand up, to be seen on a special monitor and guided out. This is preferable to censorship. I think “adult content” should… Read more »

I found your article really interesting and informative, and it’s made me more aware of an area that I knew very little about, thank you. I worked in a theatre for over 20 years, (and now offer accessibility workshops) and like many areas of improvements it can sometimes take time and a bit of head scratching to come up with workable solutions. I wonder if the venue, or the production company, with the help of an informed other, providing a full written synopsis could help here? Rather than just the, as you said, vague ‘adult content’ or keywords such as… Read more »