Two Surnames aka Oli and Dillon in Fix My Brain

Two Surnames is made up of Dillon Mapletoft and Oliver Taylor, ex-presidents of Cambridge’s renowned theatre group Footlights, whose membership once included Douglas Adams and Stephen Fry. A simple black set, two chairs and a central projector screen, would be the student home of Oli and Dillon. Two actors approach centre stage to explain how they will be playing caricatures… of themselves. Oli, who in real life is a doctor played… Oli a student doctor, living with his flatmate Dillon. Dillon, the actor, admits,

“At the end of the day the character is essentially me, just a little bit more morose.”

The two met at university while attending different comedy societies. While brainstorming potential topics for comedy shows Dillon ironically suggested depression, but they soon realized this was not such a bad idea. After the production Oliver joked,

“Laughter is the best medicine, except in this case, where essentially there is no medicine.”

Dillon starts the piece by telling his roommate how his diagnosis has just been confirmed by his GP. The news propels Oliver into full doctor mode,

“Have you been having suicidal thoughts?”

The piece demonstrates how many people do not know what to do or say when confronted with a close friend’s troubles. A lot of the awkwardness and uncertainty is articulated with the help of voice-overs projecting Oliver’s thoughts. He proceeds to try several different therapies on Dillon, before admitting that he doesn’t really feel comfortable. Oliver then offers to pay for a real therapist.

A rather quirky element to the plot is that the two students wish to enter a film competition. However, as is common with creatives, they cannot agree on the theme, plot or genre. Dillon’s suggestions are comically morose, “Let’s re-enact The Sound of Music…. but the Nazi’s win.”

Oli despairs, realizing that his roommate’s mindset affects everything they do! Unable to compromise, in secret they both work on their ideas… However, the realisation that Oliver had been secretly working without him creates deep mistrust.  Is their friendship able to last Dillon’s growing paranoia?

The peak of the performance is when two home-made short films are screened; they contain all the slapstick, forced acting and sociological metaphors fitting with real student productions; at one point a bleeding hand with the word ‘Capitalism’ reaches to pick up a ten-pound note… The audience can hardly contain themselves. Anyone who has been to university, ever had a flatmate, had depression, or lived with someone with depression would enjoy this.

The actors subverted theatrical conventions to aid the humour: at one point, to distract himself from his thoughts, Dillon jumps on a running machine. Oliver asks, “Where have you been storing that?” and Dillon answers, “The audience’s imagination…. I mean… the cupboard!” The performance is incredibly self-aware, and comically awkward, which seemingly reflects Dillon’s overall mindset. While on the running machine Dillon proclaims,

Although Dillon’s character exaggerates depressive stereotypes, the twist to the piece is that it’s not just Dillon; Oliver, while supporting his melancholy friend, has also been experiencing his own acute depression. This is discovered when Dillon pries through Oliver’s online diary in a bout of paranoia! How are the two going to push through? By talking to a mystical off-stage entity called ‘The Abyss’, leeching off their unsuspecting friend’s Netflix, and playing the board-game ‘Not so Trivial Pursuit’…. Questions include:

Would you rather one man be tortured horribly for thirty years, or everyone have a grain of sand land in their eye?

Oliver chose the grain of sand…. Move back to start, you caused 1,000 traffic accidents.

Another question: Would you be willing to sacrifice yourself for two other people?

Dillon said he would sacrifice himself…. You use two people’s resources simply by living. Reconsider your priorities. Move back to the start!

It’s satirical, it’s ironic and it’s funny. This production will help you see, maybe not the light, but at least the humour at the end of the tunnel! 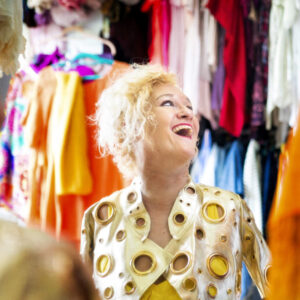 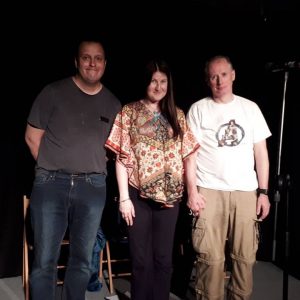 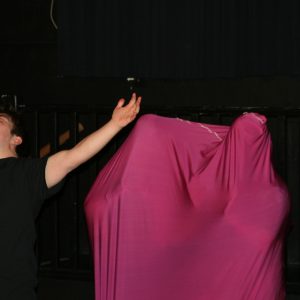