Kaite O’Reilly’s new play ’Cosy’ premiered at Cardiff’s Millennium Centre with an exploration of the sensitive subject of death – when and how it comes to us all – with a light, often irreverent touch. Review by Chloe Phillips.

Family represents the most complex of relationships, but also the most universal. Cosy’s characters comprise a dysfunctional family over three generations, with a mysterious guest who acts as an observer and wry commentator.

They are stereotypes in the sense that they’re identifiable and resonant, but they are certainly three-dimensional rather than caricatures. Many audiences will leave the theatre asking the question: which one are you?

These characters lead the play, exploring what it is to be human within finite limits, illustrated by O’Reilly’s unique and beautiful use of language that is alive in the mouths of six strong female performers.

Language forms the piece’s strong foundation, as it does in all O’Reilly’s works, and as a visually-impaired audience member I felt I missed out on very little because of this. In addition, I was made aware of many of the physical and visual aspects of the play during the touch tour beforehand.

If you’re also visually impaired  I strongly urge you to book a touch tour – these are arranged upon request. There are just a few moments during the play that would be confusing without explanation. These are described during the touch tour and, because it’s a minimal set, they are easy to remember (despite the play’s length – get comfortably settled!), and knowing about them in advance gave me a good advantage.

Although audio description was not available in the traditional sense, O’Reilly is obviously mindful of it (being visually impaired herself). Indeed, she says audio description is a way of reinvigorating the stage, and she does this by often integrating it into the script in a subtle, character-driven way. I personally believe that this, combined with the touch tour, gives you all the detail you need to have an experience that parallels the sighted audience – and a more interesting one at that.

For those who are fans of traditional audio description, however, if it were to be designed for future performances I imagine it would fit in easily with the play’s steady pace and structure.

The stark lighting design is accessible, as well as reflecting O’Reilly’s clever balance of light and dark. It denotes clear changes in atmosphere and tone. Repetition in lighting and music also serves to make scene changes very clear.

I’m unaware of any BSL-interpreted performances in the pipeline, but captions are integrated and projected centre stage to save too much split focus. They are composed of the play’s dialogue with colour differentiation by character. This includes a description of the music that plays during scene changes.

Overall, it’s not a play you come away from saying ‘I really enjoyed that’ – such a simple declaration wouldn’t do it justice. It’s a play that you carry with you; it’s poignance and linguistic beauty and it’s clever, irreverent and oddly (considering the subject matter) life-affirming message.

Cosy is a commission from Unlimited and was performed this month at the Wales Millennium Centre in Cardiff. In September 2016 it will go to London and Glasgow as part of the Unlimited Festivals, then on to a UK tour.  Cast includes Sara Beer, Llinos Daniel, Ruth Lloyd, Sharon Morgan, Ri Richards, and Bethan Rose-Young.

For ticket information, and more about the process, please cllick on this link to go to the Cosy website. 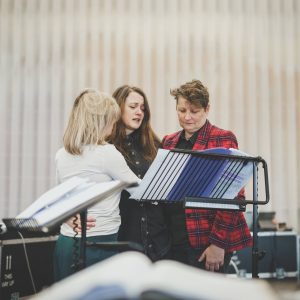 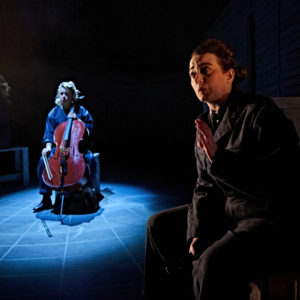 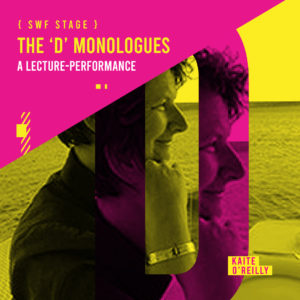