As part of the programme of talks at Unlimited Festival at Southbank Centre on 10 September Unlimited programme senior producer Jo Verrent chaired a discussion questioning the Superhuman versus Simply Human narrative. Trish Wheatley feeds back on a debate with panellists including journalist Mik Scarlet, Corrie actor Liam Bairstow and James Taylor from Scope. Official Paralympic broadcaster Channel 4 has used the ‘Superhuman’ tagline for their publicity machine since London 2012. First gaining prominence in newspaper headlines at the time of actor Christopher Reeve’s untimely death in 2004, ‘Superhuman’ has been repeatedly used as trope in contradistinction to the epithet ‘Subhuman’ used to undermine disabled people’s existence since time immemorial.

In terms of encouraging the general public to watch the Paralympic Games and support Team GB, Channel 4’s ploy could be seen as a success. James said he felt the term was a positive and that it raised the bar in recognising the achievements of disabled athletes. He felt that Channel 4 have a strong track record in supporting disability representation with programmes like The Last Leg.

Mik Scarlett strongly opposed Channel 4’s tagline and their commissioning of programmes like the voyeuristic Undateables and Benefits Street, which provide unhelpful reinforcement of the government rhetoric around welfare. Alongside a diatribe of rhetoric around disabled people as fakes and scroungers, Mik argued the representation has led to a rise in hate crime.

Mik talked about his experience as a child with parents who told him he was amazing for surviving the devastating impact of becoming a disabled person:

“I became a loud and confident person as a result. I knew that I deserved the right to be in the world. Most of the messages around me were about disabled people as ‘broken’ so I took on the mantle of a superhero as a way of fighting back.”

Mik gave a nod to his comic-book heroes and the persona of Ian Dury pop icon, a role model who became famous not for being a disabled person, but for being himself. The problem with the concept of the ‘Superhuman’ Mik continued is that it divides disabled people into those who are seen as ‘achievers’ and those who are seen as ‘dependent’. What about the vast majority of disabled people who are not incredible athletes? Are you a ‘victim’ or a ‘superhuman’? The media strategy forces disabled people into one construct or the other. Blame or accolade are laid at the door of the individual. And as Nabil Shaban once said: “the political becomes personal”.

Channel 4’s advertising for the Paralympics has also removed the political empowered identity of disabled people through a poster campaign that crosses out the ‘dis’ from ‘disability’ alongside the slogan ‘Superhumans Return’ to promote a medical model narrative to millions of people.

One person from the audience commented that the idea of ‘superhuman’ could be understood as playful if looked at with a certain amount of irony, but disabled people have been left out of the discussion about representation and so as in many other areas of public scrutiny are judged by those Mik termed as the ‘pre-disabled’ – ie the non-disabled who could look forward to becoming ‘superhumans’ at some point in their life.

Would the concept of ‘superhuman’ be a more palatable tag if the real-life stories of disabled people were properly and regularly reported in media; if actors getting parts like Liam Bairstow weren’t the exception but everyday occurrences? If disabled people weren’t constantly under attack for fighting for basic human rights, maybe then, the Superhuman narrative would not be so divisive because with it would come a wider, more accepting and inclusive understanding of the experience of disability. 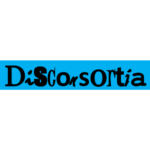 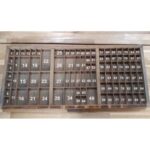 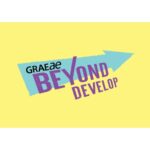 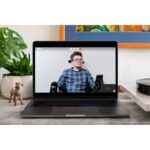