Quiplash and Extant theatre teamed up to create a gender bending night of Unsightly Drag! at the Chapel Playhouse, London on 18th October. Chloe Clark was there to witness blind and visually impaired performers from across the LGBTQIA spectrum in their personas as King’s Queens, in a night of definition-defying drag. 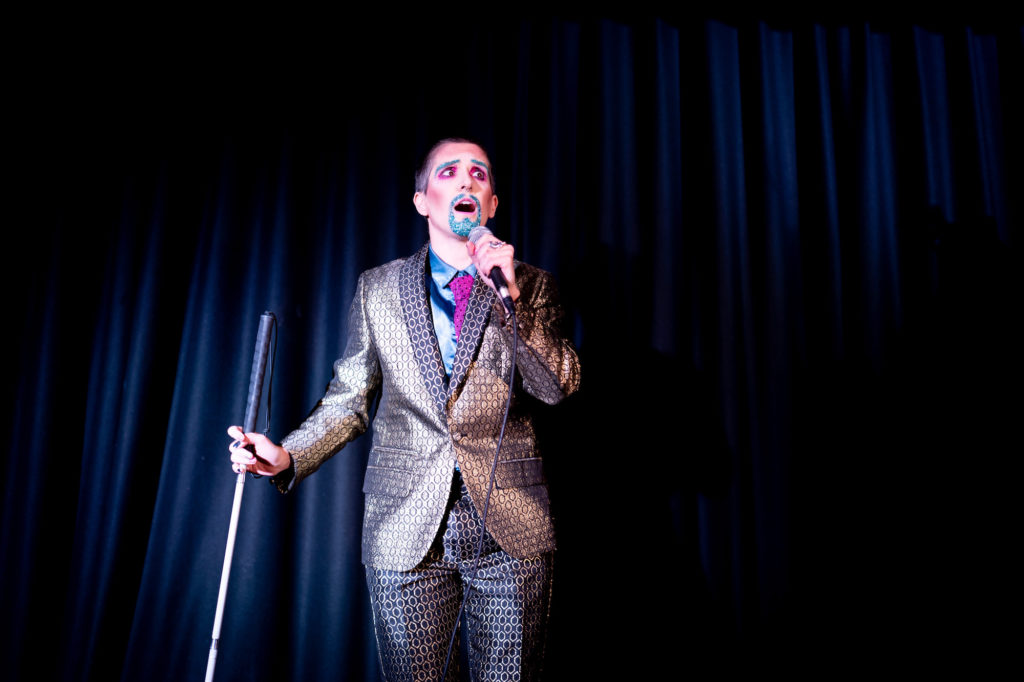 It was a night of firsts, certainly for me, at this bright, colourful, vibrant and very well described festival of fabulousness.

As pointed out during the introduction to the evening, drag is something that visually impaired people are excluded from, traditionally – there’s so much of the visual about it. This event was irrefutable proof, however, that audio description lends itself perfectly to drag. Featuring a cast of visually impaired drag kings and queens, the show not only proved that access can be integral to this kind of art form but also that access does not have to mean ‘safe’. 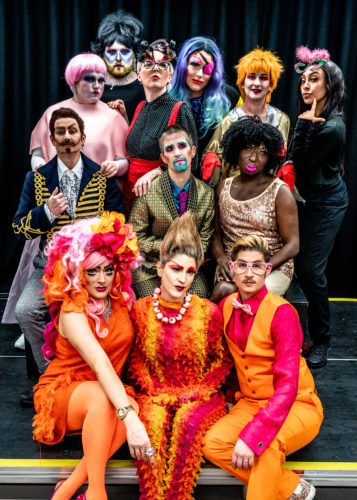 Each drag artist had developed a different style of audio description to go with their unique act. The convention was set at the start by our hosts, Tito Bone and his lovely partner Ophelia (Amelia Cavallo and Al Lander), who described themselves and each other with the kind of lustrous passion that only drag performers can, and each subsequent performer did the same in their own way. It fit so well with the style it made me wonder why this isn’t just the convention for all drag acts – delighting in describing oneself in such a ‘drag’ way. It provides entertaining material that has a lot of mileage.

Considering that the performers only had a short rehearsal period and that, for most of them, this was their debut in drag, the show was polished. The evening was beautifully presented by the hosts and the audience’s access requirements were catered for in a natural and seamless way – it was great to see that ushers and support staff were also in drag. A lot of thought obviously went into this project, particularly thought about the audience, which allowed us to trust the artists and let our hair down. There was a lot of support in the room and uproarious laughter throughout the night – leaving some very happy customers, VI and sighted alike.

Another innovation, borne out of necessity and creatively integrated, was the double acts created between drag king/queen and their access worker (also in drag – nobody escaped the sequins). In each case the relationship was different, sometimes the partner would also audio describe the act in character. 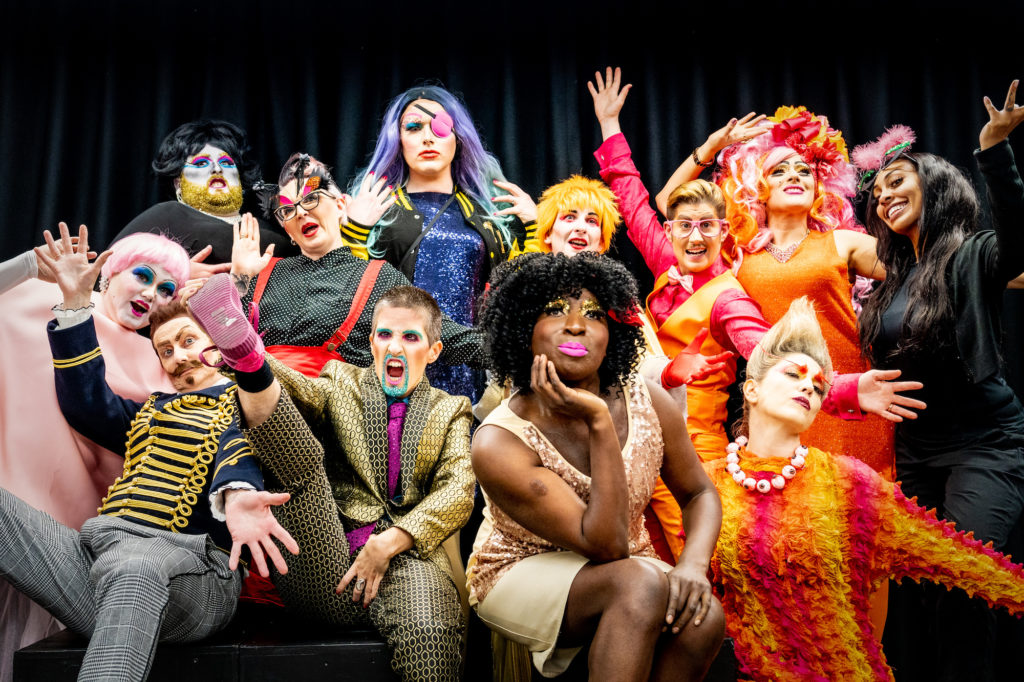 In terms of the acts, I would love to see the performers push this work to become even more grotesque. For example, Paula Connolly’s Dick O’Doc featured a garish penis puppet with a lust for…well, you can imagine. This was great fun and pushed the boundaries of ‘safe’ accessible drag. I would love to see an opportunity for the act to develop so it can go to even weirder and slightly more dangerous places for an even bigger thrill. Host Amelia Cavallo pushed the envelope with a very risqué act portraying their relationship with their long cane (which becomes a who early in the act) as being anything but platonic. The voice representing the now sentient cane worked to describe as well as serving as a character. The comedy musical stylings of Jake Sawyers (Venetia Blind) impressed with a song describing the everyday non-consensual touching of VIPs by non-disabled people who insist on ‘helping’ us across the road – and the rest.

I hope that the show will have a life beyond this event so the artists have the opportunity to explore these themes and push their acts even further. I enjoyed the wealth of diversity and variety of performance styles within what you might think would be a niche group – VI drag artists? How many ways can you present that? Well, it turns out: lots. And you can offer as many different forms of access as you like to accompany them too.