In conversation with Natasha Sutton-Williams, about her new work ‘vessel’, theatre-maker Sue MacLaine poses the question “Who is silenced and who is allowed to be visible?” Sue MacLaine is one of the most sought after BSL Interpreters in the theatre world and is known for challenging and interrogating ideas of accessible performance. Not only that, she is a playwright, director and performer in her own right. Described as ‘radical, political, personal and poetic’ her theatre company blends text and choreography with an enhanced visual aesthetic, integrating creative access with beauty and fluidity.

In 2015 her company produced the universally acclaimed Can I Start Again Please? which MacLaine wrote, directed and performed. That year at the Edinburgh Fringe the show won a Total Theatre award in ‘Innovation and Playing with Form’ due to its unusual and fundamental embedding of British Sign Language.

The play explores the cognitive capacity to process traumatic experience and the ability of language to represent it. Lyrical yet funny, the show articulated itself with one performer (MacLaine) using English spoken language and one performer (Nadia Nadarajah) using BSL. It illustrated how these two languages can work in harmony and in opposition with each other to stretch the capacities of language. The show captured the minutiae of what it means to be heard and unheard, to speak and to remain silent, and what the act of trying to express yourself really entails.

Three years later MacLaine and her company are back with her new piece vessel, which she has written and directed. The show is a direct response to Can I Start Again Please? Using four diverse women on stage, MacLaine’s characteristically poetic language layers these women’s contrasting voices to present the battles of modern life in a deeply personal yet political gesture. In a world of protests, political incompetence and incomprehension, MacLaine asks, ‘Can shutting oneself off from the world be considered the most radical protest of all?’ MacLaine was originally inspired to create the show when she discovered the extraordinary and little-known history of Anchoritism. This practise had its peak in the 15th Century. There were around 700 anchor-holds in the UK, which held mostly women (and some men). The Anchoress would go into a cell that was attached to a church or built within it. The last rites would be read to them with the notion that they were now dead to the world so that they could be alive to God. Their cell became a place of spiritual spaciousness. The idea was they could have a direct and uninterrupted relationship with God and would be therefore serving their community.

MacLaine was beguiled by this practise: “I would argue that choosing to withdraw and being in silence is a political act. Trying to serve from an internalised place is as valuable as external shouting. When does a cell become a prison, and when is it a spacious place? The role of imagination within that is huge.” So how has MacLaine woven her obsession with Anchoritism into vessel?

“The Anchoresses were present but not physical. What is the politic of that? Who in our world is present but not physical? Who is silenced and who is allowed to be visible? I took that idea and the notion of the Anchoress into the show. We use projected text and ‘creative captions’. However, I don’t like the term ‘creative captions’ as it is reductive in terms of what I am trying to do with them, which is to reflect the poetry of the piece so that they have their own lyrical quality and choreography.”

The power of the human voice was MacLaine’s starting point to shape the show’s form.

“I wanted to work with multiplicity and polyphony; of multiple voices saying the same text. That for me has its own politicisation. What does it mean for these words to be said by someone who is in a wheelchair or someone who is Black British? There is something interesting about women’s voices being allowed to take on global subjects. I feel we are often constricted or attacked when we try to speak about things that are not just ‘women’s issues’.”

Even though she has a fascination with Anchoritism and the act of silence, MacLaine is a vocal political activist who fights for access and diversity; it permeates her work at every level.

“Even though I am a small company (myself and a producer), I have as much responsibility to try and meet the creative case for diversity as do large institutions. I see Arts Council National Portfolio Organisations and established theatre companies tackling and not tackling this issue. But how with all those resources are they still so shit at this? However, solo performers and small companies don’t have the right to abstain from that dialogue. They need to ask themselves, ‘What can this piece do within the parameters of it being a solo show to forward the case for diversity?’ That might be thinking about who is your lighting designer, choreographer or stage manager? Just because your body isn’t ‘diverse’ doesn’t mean you don’t have to think about this. Now, I don’t think every artist has to make every piece of work that fulfils diversity. I’m not saying white, middle class non-disabled performers no longer have the right to make work, but I think they have to think about it.”

When integrating access and diversity, MacLaine’s theatrical practise demonstrates that you can embed these concepts into the very DNA of a show, making it all the more striking.

“It’s imperative for me to think about this stuff and how my creative ideas can serve that without compromise. How can inclusion be used beyond the purely functional? How can that inform the aesthetics of this piece? Which is what happened in Can I Start Again Please? The use of sign language absolutely enhanced the show; it couldn’t be done any other way. It was the fact that these two languages were clashing against each other, that one of us used spoken language and the other used sign language, that did so much of the dramaturgical work. I don’t understand why everybody doesn’t do it. It’s so challenging but it’s so rewarding. How do you really make access mean something?”

One thing is for certain, MacLaine and her diverse cast and creative team on vessel are pushing theatrical boundaries to make an unusual, accessible and compelling show for its audience. 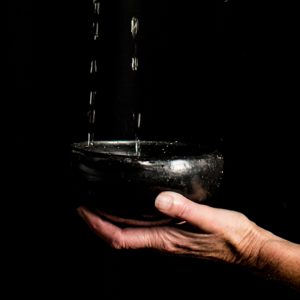 vessel – A Meditative Study on the Power of Language

Writer, director and BSL interpreter Sue MacLaine (creator of the award-winning Can I Start Again Please?) returns to the stage with a new show that connects the personal with the political. Review by Natasha Sutton-WIlliams In vessel, Sue MacLaine has created a quietly hypnotic show utilising the bodies and voices of four different women from different ... 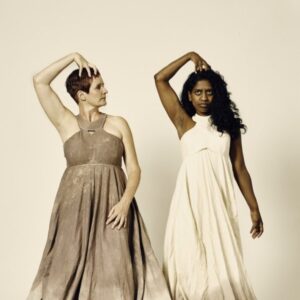 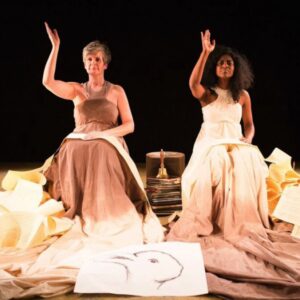