As part of her guest editorship on Disability Arts Online, Dolly Sen invited artist Viv Gordon to contribute a profile of her work as a theatre maker & arts and mental health campaigner I only started making work as an artist in my 40’s about 5 years ago – until then my focus was as the founder and Artistic Director of community dance organisation, Mean Feet Dance – I LOVE community arts a lot and I’m proud of the work particularly the inclusive outdoor performance projects like PeopleJuice and the groundbreaking projects we did with adults with mental health conditions through I am an Egg Dance Company.

But I now wonder if supporting other people to creatively express themselves was also a good place for me to hide. It was very hard for me to back myself artistically, to feel good enough – I faced significant barriers in my practice that I had no idea how to articulate or start to overcome.

I’m an activist political type – in my chaotic youth I ran away from a housing studies PhD to be a road protester, became a traveler following the festival and free party scene embracing all aspects of the counterculture with a massive ‘fuck you’ to the establishment. Had I not been living in that very permissive environment, self-medicating with recreational drugs – I would almost certainly have been sectioned in a psychiatric hospital. It was not a pretty time – although it did have a good soundtrack…

I live with the long-term mental health condition Complex Post Traumatic Stress Disorder as a result of childhood sexual abuse. I struggle every day with this condition but out in the world I come across as capable and not particularly unwell. There is lots of literature on the dilemma of hidden disabilities and the ability to ‘pass’ as normal – which at once affords the individual access to mainstream society but does nothing to level the playing field and, for me anyway, became a very self-defeating lie.

Everything changed when I started to engage with my situation as political and frame it in terms of access and disability. I felt like a fraud – there was no-one at the time in the South West saying “I am a dance artist with a mental condition” so no role models or approaches to follow. I started to experiment with applying other people’s access arrangements to myself. What if I have an enabler? What if I adapt schedules to my sleep pattern and to attend therapy every week? What if I need a certain type of accommodation? Etc. 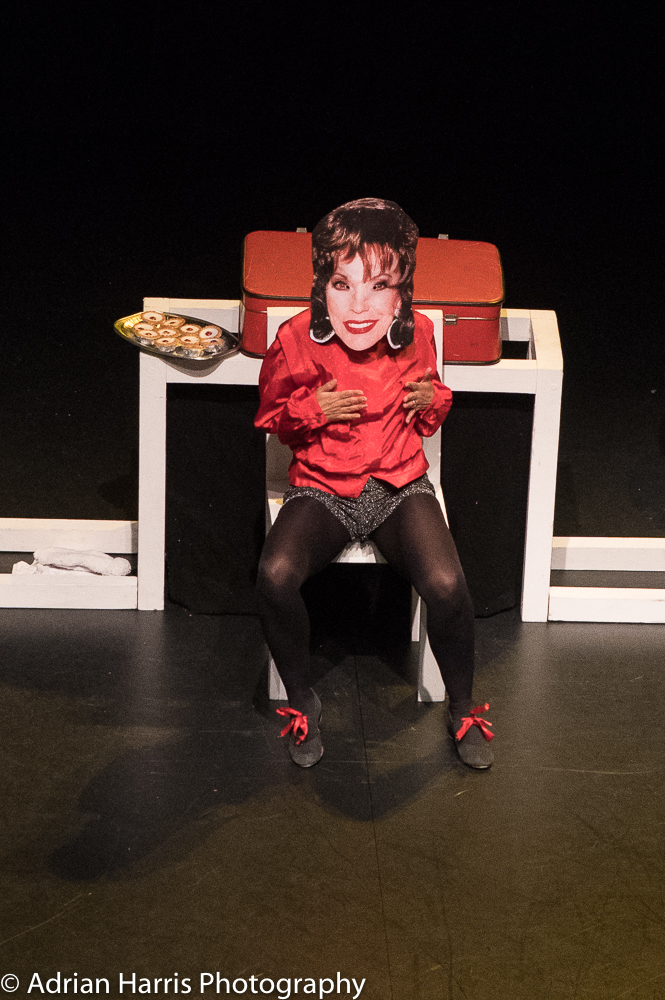 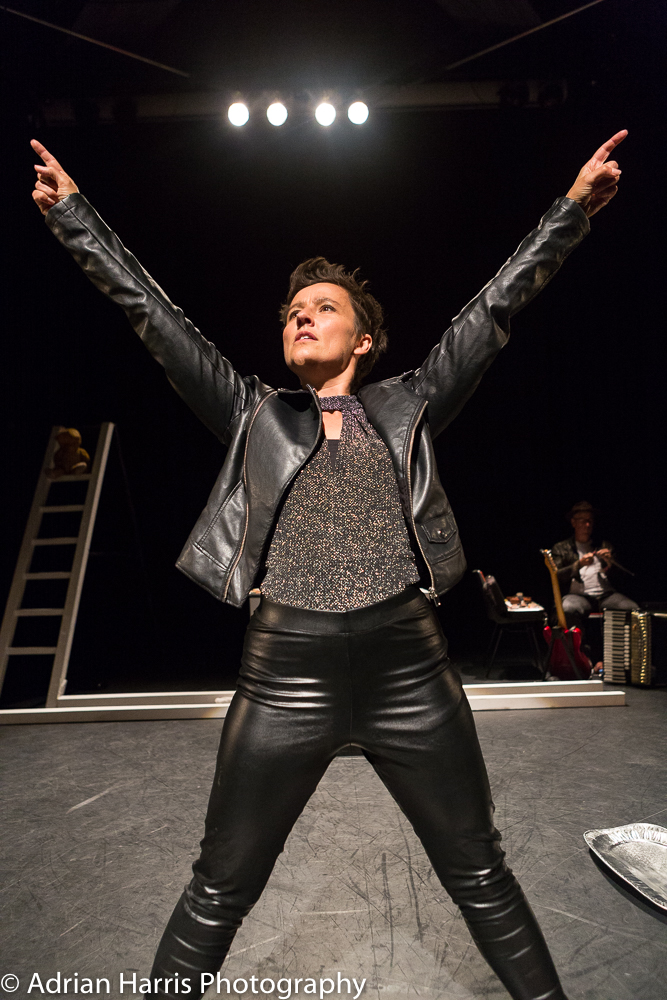 Putting adjustments in place for me to make work – doing it at my own pace (slowly) – having a stupendous amount of support has made it possible. I toured my first solo show I am Joan in 2016/7. It was an autobiographical comedy about surviving trauma. We saw the whole thing as a pilot to see what an accessible making/touring process looks like for me.

It was an autobiographical comedy about surviving trauma and finding my resilience and self belief. It was inspired by seeing a film about Joan Jett’s early career – having had her first solo album turned down by 23 record companies (despite being a punk pioneer with an international fanbase) she became the first woman ever to start her own label and sold millions of albums very quickly on her own terms. I started researching other Joans – Joan Rivers, Joan of Arc, Joan Littlewood etc and found a thread – women following their own inner voice, bucking convention, not taking no for an answer and kicking ass. In it, I got to smash up the set and headbutt things in a ridiculous rock routine – it was cathartic and empowering. I’ve been fortunate to get a couple of commissions since which have been less personal in content – a show about GPs in mental health crisis called PreScribed that wove together verbatim extracts of research transcripts with my own lived experience of having a “High Functioning Breakdown” – and Tales from the Rooftop – a joyous telling of ordinary lives encountered in a car park in Gloucester – performed on the car park roof with a full rock band.

All my own work, though, is about surviving sexual abuse. It is important to underline how challenging that is – to speak up even to one person is incredibly hard. I have been conditioned to be silent by a society that prefers denial to acknowledging the alarming scale of the issue. Speaking out is the most urgent, radical thing I can think of to do with my life. So here I am, making a new piece that will go on a short preview tour next spring – it’s called ORAL – and it’s about abuse, food and dentistry. Alongside that I am just starting to research and develop a new piece of contemporary dance work with live music and hip hop called Restless. For this I just walked 110 miles of the South West Coast Path in protest about abuse and relational violence and to harvest lots of coastal metaphors for the work (exposure, navigating difficult territory, survival, the restlessness of activism). Now I’ve found a voice I don’t want to shut up – so I’m not going to.

You can read the more about my work here: vivgordon.com

You can watch Tip Top Top Tips short films but I am an Egg Dance Co here: vimeo.com/tiptoptoptips