30-odd years in the making, Vital Xposure’s Voices from the Knitting Circle is a harrowing but altogether beautiful portrait of what it is to survive; a 30-minute documentary about the now demolished Harperbury Hospital and some of its horrific practices, recounted by its survivors and staff members. Review by James Zatka-Haas The Knitting Circle originally toured as a theatre production a few years ago – a story that had to be told, both for the residents whose stories provided the material, and the unknown faces across the country suffering injustice at the hands of psychiatry, today. It proved Julie McNamara’s unceasing commitment to positive change, social justice, and giving a voice to the oppressed.

Now, with the recent death of some of the survivors and Harperbury’s gradual demolition; it was only right to share these stories once again. With a stellar production team, Voices from the Knitting Circle is more than just complimentary material. It is a stand-alone piece that glistens with love, affection and humour.

In the film, we learn that Julie was discouraged from talking to Harperbury’s residents. So she created a knitting circle. Under its sanguine guise, she was able to set up a space for patients to discuss their past without fear of reprimand. This freedom, as proven in the film, was essential. It was a way to get these experiences out into public awareness, not only bringing justice to the perpetrators, but to finally allow these residents some glimpse of salvation.

Despite the accounts of severe bullying, neglect and in a few cases rape, the survivors gave off an extraordinary feeling of humility. Through witnessing the conversations Julie had with ex-patients – with actors at times re-enacting them – we got to know a group of individuals with steadfast constitutions; whose stories were delivered at times with humour, and with love. Despite the hideous acts these individuals were subjected to, ‘Voices’ imbues them with a magnificent fortitude that leaves their dignity forever intact.

This dignity is the film’s triumphant stand. The interviews, shooting and editing were composed with extreme delicacy, never veering into ‘inspirational’ territory (which, as is often the case with the subject matter, can take away from the film’s honesty) but always portraying these survivors as loving, open hearted and funny despite everything that happened to them. They were people you wanted to sit down with and chat with over a tea and biscuit.

At the Q&A after the film, Julie made a point that ‘we should never forget the resilience of the human spirit.’ That statement sums up the documentary. Yes it is specifically about a period in time, but it appeared to transcend that.

The film serves in remembrance of all that is unjust in how society looks at mental health, and the sense of moral panic that that perception engenders. But, more importantly it serves as a reminder that there is always a ray of light.

To find out more about the work of Vital Xposure go to http://vitalxposure.co.uk 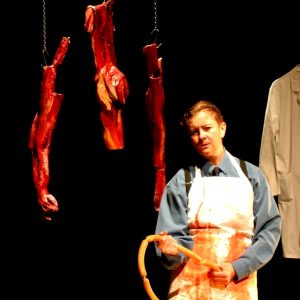 Julie McNamara: the firebrand who rose from the ashes… 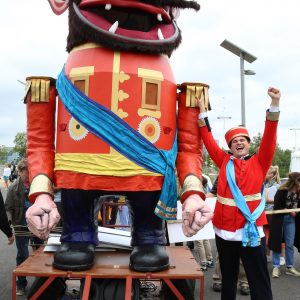 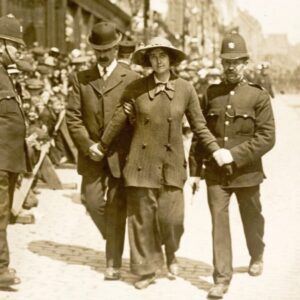 Vital Xposure sets out to produce cutting edge theatre that celebrates hidden voices with extraordinary stories to tell. In doing so The Disappearance of Dorothy Lawrence follows on from the company's 2011-2013 production The Knitting Circle, which evolved out of research into the testimonies of women locked away in long-stay institutions. Review by Sophie Partridge. I ...