Last summer White Deer Theatre revived Phil Young’s 1982 play ‘Crystal Clear’ for the Red Lion Theatre in London. Amy Bethan Evans was asked to respond to the play to provide a visually impaired perspective on the show. However she found herself in the position of being used, as a visually impaired actor to suggest the play has the blessing of blind people, despite its demeaning and stereotypical view of blind people as dependent and sexless. She writes for DAO about her experience 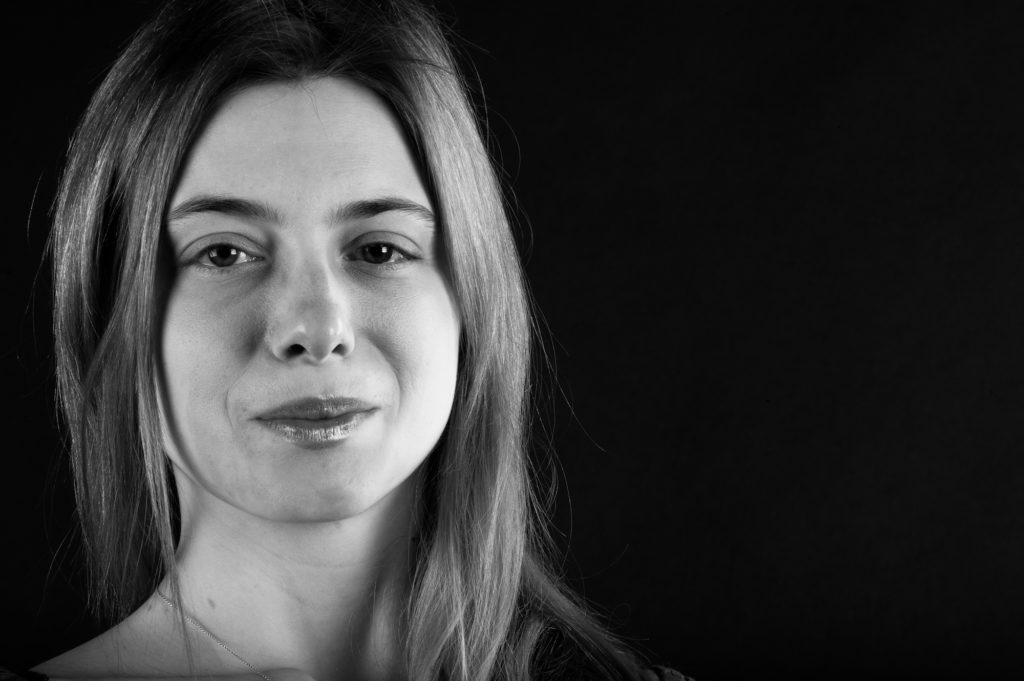 As a visually impaired writer, I didn’t know the play Crystal Clear until six months ago when I was asked to do a rapid write response to it. I have since learned that it is widely known in the visually impaired community for its portrayal of blind people as sexless and dependent.

As an emerging/mid-career writer who had been working full-time for a couple of months, I was just happy to be asked to write. The company were keen to be accessible and met me from the station which felt positive. The person meeting me dropped the first bombshell: the visually impaired lead was to be played by a sighted actor. The character can see for the first scene and this is often used an excuse to cast a non-disabled actor, despite the fact that the character is blind in one eye from the start and my friend (also asked along to do a write response) is a very fine actor who is blind in one eye.

The other visually impaired role was played by a visually impaired actor, so I gave them the benefit of the doubt. The production made me want to cry. I was shaken by the end; I could feel the audience looking at me with pity and staring at my cane on the way out. I thought “do I really need a visibility cane if this is what it makes people think of me? Is this why I’m single?”

My default is always to educate people: I messaged the company to say that the play was deeply offensive and if they were about empowering visually impaired people through allowing them to reclaim the play, they needed to make that explicit in the way they presented it.  I received a reply that just because the characters were delivering lines like “You’re a cripple and you just want to see” and “You really don’t mind that I’m blind?” that didn’t mean that this reflected the view of the (predominantly sighted) company and that they had visually impaired people involved in making it. I responded that I was one of the visually impaired people involved in making it and that this was what I was telling them to do. This did not elicit a response.

This is not a rare experience. Theatre is starting try being inclusive and accessible, which is on the surface, great. The work of companies like Graeae and Extant have shown the arts scene that there is excellent disabled talent out there if their access requirements can be met. The Arts cCouncil encourages inclusivity by match funding access requirements for theatre makers. Fringe companies are starting to reach out and ask what they can do to be more accessible and there is a backlash against cripping up that means more companies are finding disabled actors to play disabled roles.

However, hiring a disabled actor is too often seen as get-out card for putting on an ableist production; the reaction from the wider community is ignored as companies hide behind the actor that agreed to do it. This is grossly unfair as it gives someone like myself (a visually impaired person offended by Crystal Clear) a choice between rising up against a visually impaired actor agreeing to be in it or accepting that because this actor didn’t have an issue with the play then I shouldn’t either. I am a different person and a person affected by this play in a way that the sighted production company are not. Whether disabled performers who take these roles genuinely disagree with the views of the wider community, or whether they are actors grateful to be given work (the disabled community are conditioned to be perennially grateful) is not for me to call. They are humans with their own minds and production companies should not be hiding behind them; they are the ones who staged the play.

The other issue at play here is the tokenism involved in asking me to write a response so that when I said that I found the play offensive, my own involvement was used as a rebuttal. If you have someone on board for an access consultation or a creative response, you have a duty to listen to what they have to say. I am seeing cases of disabled artists brought in for access consultancies (which tends to be the majority of our work; we’re often happy to do it, but we have other skills too!) and then ignored when they point out things the company doesn’t want to hear. Box ticked; they had an access consultancy; cough up, Arts Council.

Whether they listened to said consultancy and adjusted their production in any way is neither here nor there. This is not just detrimental to the arts scene and everything the Arts Council are trying to do to be more inclusive, but the mental and physical health of the disabled person brought on board.

I am a good writer. I have opinions I want heard. As a partially sighted dyspraxic with sensory processing and mental health issues, I am deeply passionate about helping people make their shows inclusive. I put my all into everything I do, and I take pride in it. When that passion and commitment is not reciprocated, when it becomes apparent that I am nothing but a tick-box and my creativity is disregarded in favour of my presence in the room placating a company’s conscience, my already low self-esteem drops several more notches and all the passion and energy I have put into it is more likely to manifest itself as an anxiety attack. Disabled artists are not tick-boxes. We don’t exist to smooth the egos of non-disabled companies or make ableist plays more palatable. We are here to be listened to, and if you are not willing to do that, leave us alone because we are very capable of changing the world without you.

Amy Bethan Evans play Tinted will be showing in the Studio – The Vaults, Leake Street, London from 11 — 16 February 2020.

For details go to https://vaultfestival.com/whats-on/tinted/

Things are just the same as they were in the 90s. Whether it is physical access or the portrayal of us.
Often there are bribes of payment that are hard for disabled people living in poverty to reject. We become tokens in an able bodied construct that ignores anything that is positive.
Perhaps we should do more of biting the hand that feeds? Unfortunately the organisations that did that have mostly disappeared in the camouflage of ‘cuts’. We are again at the mercy of those who are not US.
May God help us all!