As the pandemic hit, many people within the sector started to point to this moment as a chance to remake the sector with equality at its heart. A fixation with celebrity is one of many aspects of the arts sector that Ashokkumar Mistry thinks should not be resuscitated, as part of his ongoing DNR_RND series. 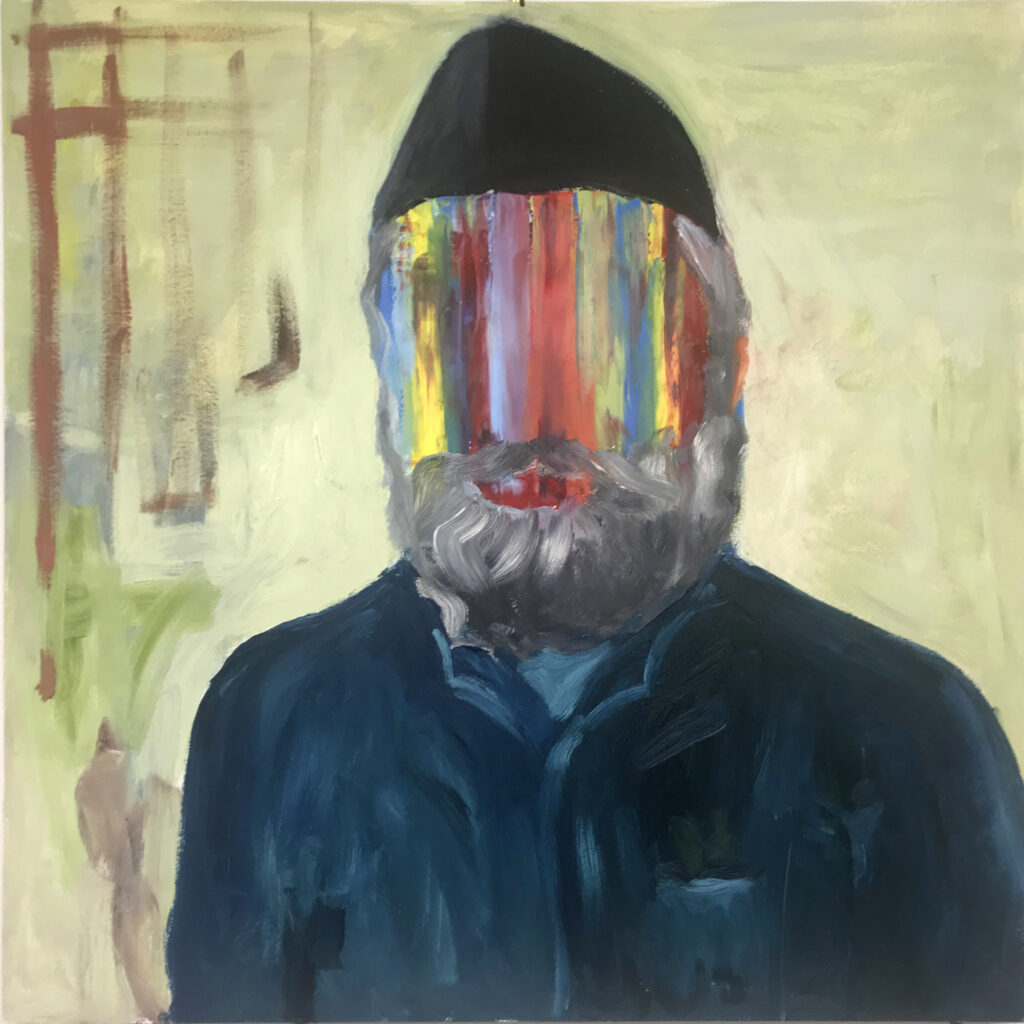 Yes, some may call me notorious for my views but not prolific for my art. One thing that has always stood in my way is the concept of celebrity. A murky world of making your face fit that I have never understood. I’ve heard suggestions that the process of celebrity is natural but if you’ve ever seen how the public relations world operates, you will know that this argument is not true.

I and many other artists have been left feeling like Yosser Hughs from Alan Bleasdale’s ‘Boys from the black stuff’ as they have approached arts institutions that have seen them as gauche and out of their league. So a question to British Council: Why can’t an obscure disabled artist represent Britain at the Venice Biennale? A question to the Tate: Why Can’t an obscure disabled artist be nominated for the Turner prize? I could go on like this posing questions to The Guardian, BBC and many others but I’ll skip to the answer which is ‘disabled artists are simply not on their radar!’ Surely, if someone does not know the ropes but has ambition, our institutions should be offering support not telling them they don’t belong!

We have all seen these attitudes play out over the past few months as the pandemic sucked the life out of arts related media. One could see a sense of intransigence as arts focused news media failed to get their drug-like fix of celebrity. Not one of the arts sections of major newspapers (The Times, The Guardian the independent) nor the arts magazines such as Frieze, could throw a lifeline to artists on the edges of society that don’t get any publicity to fill their pages or webpages. To me this is not just lazy, it’s discriminatory.

Over that past few months, I have been creating a new body of portraits that attempt to explore the fickle nature of celebrity obscurity. All of the people I painted, were important figures of their time, who vanished into obscurity. I made it a point to not exploit the importance of the subject being painted and instead understand the vacuum of their absence.

So, to understand celebrity, I have been exploring the impact of standard practices and values within the arts sector on disabled artists. In this time, one argument has become a recurring theme from within the depths of the sector. The argument is one of artist profile in the context of quality. I have heard from the mouths of many CEO’s of art centres and curators that their reasoning for working with particular well-known artists over lesser-known artists is that the artist needs to ‘fit the profile of the organisation in terms of profile and quality. Many would see this as a legitimate argument however I see it as a lazy excuse for a celebrity culture that drives much of the decisions across ‘our’ sector.

The commercial art sector thrives on celebrity to sell art. They need the household names to sell tickets or paintings. But the question I always ask myself is why does the publicly funded arts sector do the same? Why do we need a stream of retrospectives by so-called famous artists (the majority of whom are dead) in public art galleries, when we have so many great artists whose work goes unseen? Similarly, why do we see the same faces on stage in public theatres when there are so many diverse performers? There is no talk of the disability of artists or performers until many of those artists have died. And then the disability is fetishised as the artist is framed as a mad genius or someone who thrived on pain. 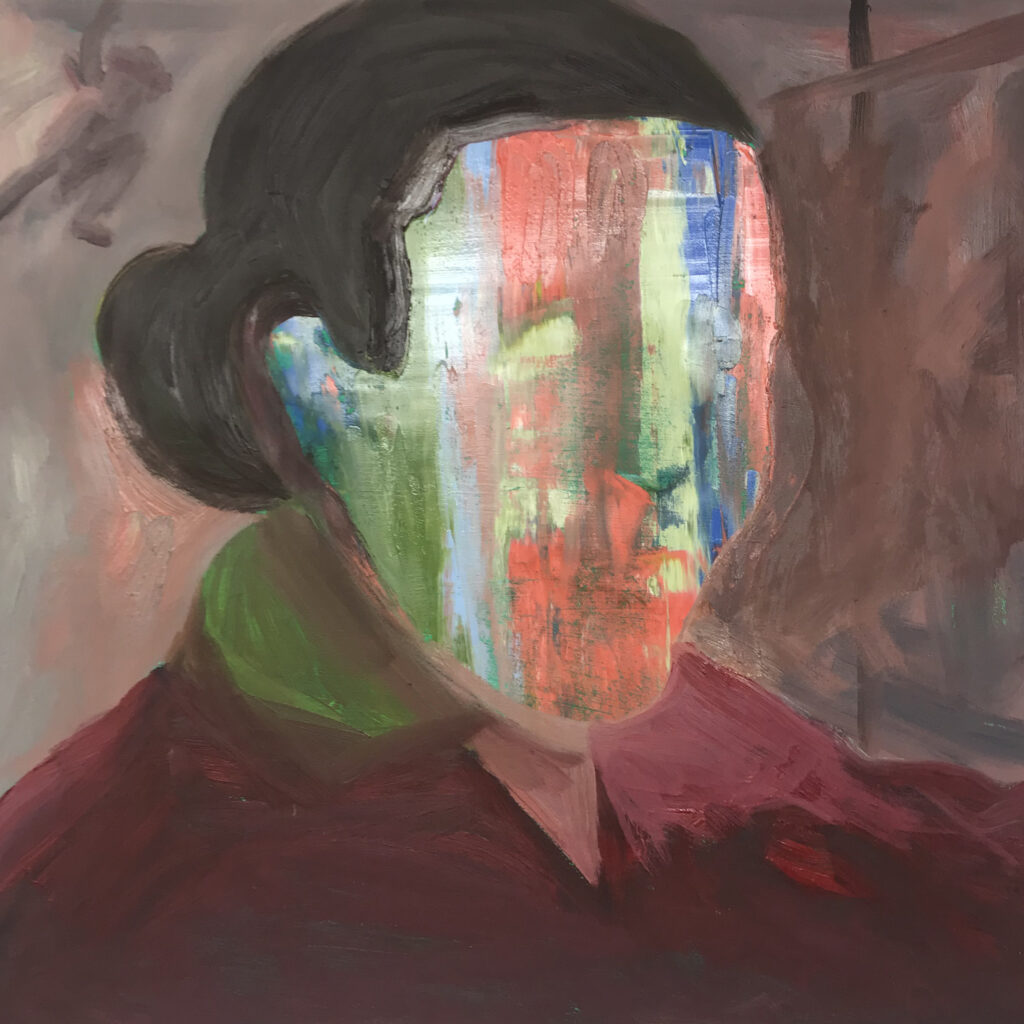 The more important question is, why do public art galleries use the same measures of success and quality to gauge and measure which artist fits their profile. Surely, the publicly funded sector exists to enable the creative experiments and risk that the commercial sector does not permit? In adopting commercial values, galleries and theatres seem to want to buy credibility by association. Just look at the big prizes, artists who are nominated are the same ones who are on the list for other prizes – a kind of saucy, celebrity flavour of the month. Just look at the Turner prize list this year and for past years if you don’t believe me. The sycophancy is so vomit-inducing that one starts to ask oneself, who is holding who up, the celebrity artist or the celebrity venue? This is both damaging and dangerous as, instead of giving everyone access to great art, it becomes a creepy kind of ‘keeping up with the joneses’ drug habit. No one wins apart from the commercial sector who see dollar signs as artists get paraded around in a cattle-like fashion, for the sole purpose of upping their commercial value.

This battle of philosophies marks out the differences in thinking between neurotypical (NT) (so-called normal people) and Neurodivergent (ND) people (sometimes referred to as weirdos). NT’s tend to use a referential approach to learning. Mimicry is used to teach us how to walk, talk and abuse others. These are all learned behaviours as copying the world around is crucial for NT’s to feel a sense of belonging.

Much of our society is organised on the basis of the NT way of learning including our arts sector. This is particularly true of the upper echelons of the sector where perfection and certainty are key. Across the sector, there is a culture of certainty. Just look at the familiar ways, exhibitions and performances are put together, framed, celebrated, publicised, understood, critiqued and received. There is a commonality of practice. An accepted way of doing things. There is a shared culture of expectations that connect to celebrity.

A study by Neuroscientists at University of Leicester found that we have neurons that only fire when photographs, illustrations or associated words/images of a particular person are shown. They found that the same neuron fired even when a celebrity’s name was shown. So, we can see that celebrity works on a neurological level by creating a database of familiarity that gets triggered every time something associated with said celebrity comes into view.

The NT way of doing things, favours the familiarity of celebrity as it negates risk. Celebrity is oven-ready and needs little support. The word of the celebrity is accepted as gospel because it is elevated to such a high level. Everyone wants the famous or familiar face no matter how rotten it is. We can see how celebrity has led to abuse in the arts sector when we examine some of the accounts of celebrity abuse outed during the #MeToo movement. Kevin Spacey was seen as quite a catch by the Old Vic but as allegations of abuse surfaced, they realised their sure bet was anything but.

The bigger problem with celebrity is that it holds many disabled artists back as they are seen as risky in a sector where (according to the rhetoric) risk is encouraged. Artists with protected characteristics are by their very nature, risky. We thrive on difference and can’t mimic the world around us. So, if the world wants things done one way, and wants a certainty of familiarity, where do we go?

We have turned our recruitment practices in the arts sector into a Darwinian survival of the fittest in which there are few opportunities and only the strongest can survive. The rest of us are left to feel like weeds in a flowerbed, uprooted and thrown aside only to re-emerge elsewhere.

Find out more about DNR_RND here.

You can have your say on what should change in the arts sector, by answering the following questions. 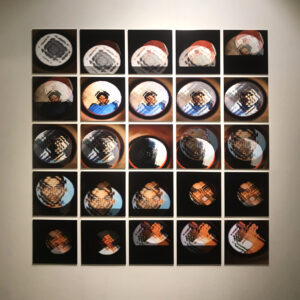 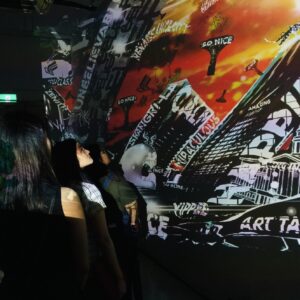