DAO writer Kate Lovell comments on artistic explorations of systemic racism and its impact upon mental health with reference to the work of David Harewood, ‘Freeman’ by Strictly Arts, Koko Brown’s ‘Grey’ and ‘Medicine’ by Vital Xposure, written by Omikemi. 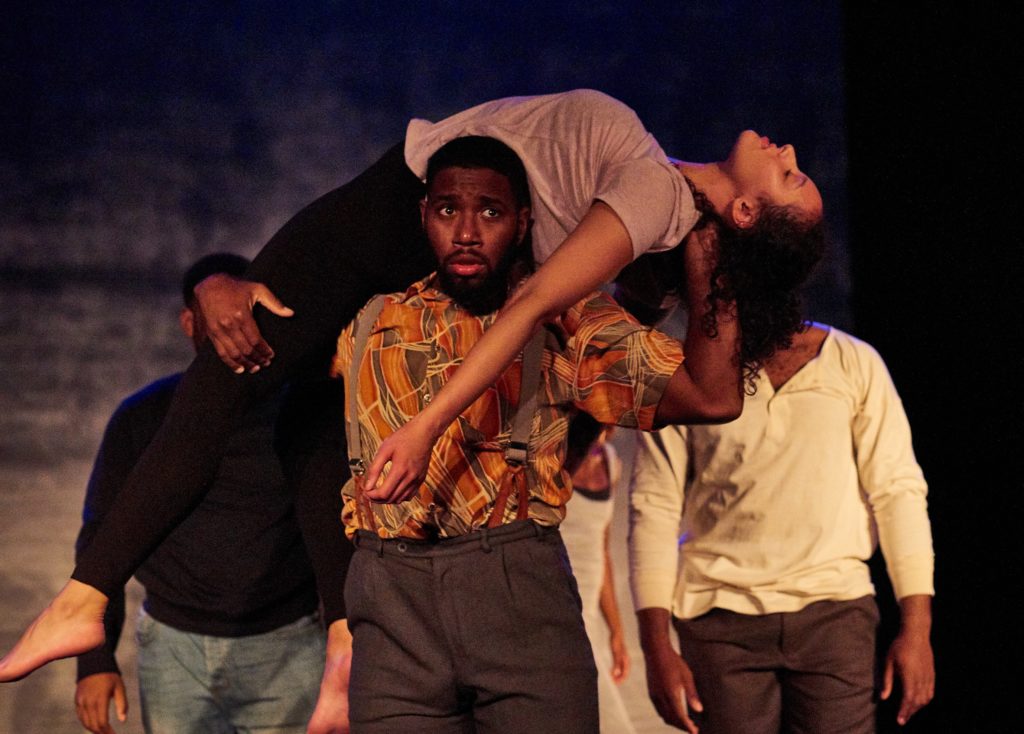 Writing this article posed a challenge to me as a journalist: am I qualified or entitled to comment upon issues that do not directly affect me as a white person? Working within the arts as a disabled person and passionate advocate of disabled people being given voice to tell their own stories, to ensure that disabled actors play disabled roles, that disabled critics are able to comment upon the arts, was I trespassing into a territory that does not belong to me by wanting to write about racism?

I spoke to black friends and these conversations allowed me to understand how my own hypersensitivity could play out negatively: if people of colour are the only ones to discuss racism, to counter it or comment upon it, then the burden of dismantling the racist system falls solely to those it oppresses.

This truth chimed entirely with the documentary and plays that had initially sparked my interest in bringing this topic to light. Not only can systemic racism place such pressure upon people of colour that their mental health is pushed to breaking point, but on top of this, there is also the exhaustion of continually fighting the system itself to contend with. Allies are crucial. 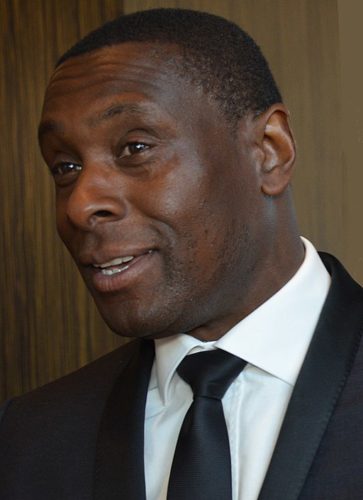 The actor David Harewood’s documentary, Psychosis and Me, was broadcast during mental health awareness week in May this year. A man best known for performing in Hollywood films and prime-time TV shows generously opened up about his experiences of psychosis as a young man in his twenties. What is striking watching the documentary is that Harewood had not previously revisited the events of his psychotic breakdown and as a viewer, we watch him piece together why and how he became unwell: the audience is uncovering the story of what happened alongside Harewood himself.

Entering the acting profession as a working-class black man from Birmingham was not easy. Harewood describes how he was not prepared for the microscopic scrutiny with which the press would comb over his portrayals of classic roles and Shakespearean leads on stage. He could never just be Romeo: he was a black Romeo, with his race front and centre of any review of his work. He describes it as feeling like “a novelty act” and believes that it was during this time that his psychosis began to emerge. Continually regarded with suspicion by others, always judged by his race rather than his acting prowess, paranoia seems less of a symptom of mental illness and more of a natural, human response to such pressure.

The burden of becoming more of a symbol than a distinct person also fell upon William Freeman, the son of the first free black man in the United States following the abolition of slavery. His story is told with visceral physical theatre and emotionally powerful storytelling by theatre company Strictly Arts in their show, Freeman.

Freeman’s life is one of six true stories in the show, of black people who are failed by and ultimately lose their life to systemic racism, spanning from Freeman’s story in the early nineteenth century, to the painfully recent tragedies of Sandra Bland and Michael Bailey.

In nineteenth-century New York, William Freeman was the first person to use insanity as his defence when being tried for a violent crime. His story could not be more complex and relevant. Wrongly convicted of horse-stealing aged just sixteen, he was sentenced to five years hard labour. He regularly attempted escape, protesting his innocence, receiving brutal beatings each time he did so. Following an especially violent beating, where he had been repeatedly struck on the head with a length of wood, he became deaf and displayed signs of brain damage. 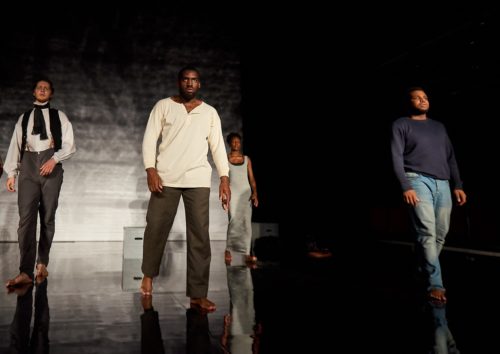 Upon his release, he was subsequently convicted of the murder of a white family, in spite of his attorney’s best efforts to plead insanity as his defence. Strictly Arts give voice to Freeman, with his story echoing down the centuries to the present: how can a man be convicted of a crime that a racist society itself created? Freeman’s apparent insanity was caused by a world that locked up an innocent man and used literal violence to punish him for being nothing other than a young black man. Insanity is the only response to such brutality.

Told alongside modern stories of black people pushed to die by suicide or shot dead by those paid to protect innocent people due to their ‘threatening’ behaviour, Freeman is a play with a story so urgent it should be mandatory viewing for all those in positions of power, both in the UK and across the pond.

Omikemi is a London-based poet and playwright, currently working on her debut play, Medicine, which is being produced by Vital Xposure and will tour the UK in 2020. Omikemi focuses upon the realities of being a black woman forced to interact with a mental health system that inherently discriminates and stigmatises. Omikemi describes how “a core experience” of seeking help for mental illness “is fear: fear of being stigmatised within one’s own community, becoming another one of us, drugged up and sectioned.”

She also highlights that “there are statistics recording that African heritage people are more likely to be sectioned, and a report in the last two years recorded that African heritage women were now more likely than African heritage men to receive sectioning.” The story of Medicine is that of ‘the unsettled spirit of Elsie Lacks, a young African American girl and daughter of Henrietta Lacks, abused by the medical system in 1950s, who has been visiting an African Caribbean heritage woman living in London, Elaine. Elaine meets a younger African Caribbean person in the reception of the most well-known mental health service in the UK. This person is frustrated with the system, believes their diagnoses are calls to find their own solutions, their own medicine.’ Through this story, Omikemi is calling out a mental health system that is not designed for African-heritage women, that in fact can create or compound mental illness through its ignorance of the experience of people of African-heritage.

The medical model almost inevitably focuses on a white, cis, heterosexual, non-disabled male as the norm that we must all aspire to. The further a person ‘deviates’ from this normality, the more likely they are to have their very existence pathologised and labelled as illness. Omikemi, in her play, astutely asks “how or if we can find well-being existing in frameworks that create sickness through medicines, definitions, systems”. 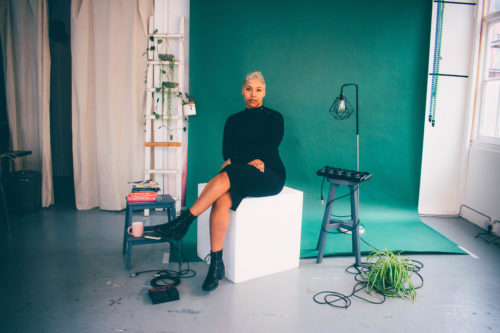 Spoken word artist Koko Brown also comments upon the effect that stereotypes and prejudices can have upon mental health for a young black woman, such as herself, in her deeply personal show, Grey, which tells the story of her own encounters with depression. She stresses the additional burden of depression being viewed as a “white middle-class problem”, where many in the black community believe her best chance of ‘cure’ is to attend church, rather than to take medication or access therapy.

Examined by both Brown and Omikemi, is the danger of “the strong black woman myth”. Brown’s show is lyrical and raw. She uses spoken word and live looping of beautifully sung yet agonisingly rendered wails of frustration and feeling to express her lived experience. Brown demonstrates the reality of being both resilient and fragile: a call to recognise her rightful place within a universally human experience. She can be both soft and strong.

Across all three plays and within the Harewood documentary, it is screamingly clear that people of colour are more likely to experience mental illness through living in a racist world, which is then doubly compounded by the lack of acknowledgement of their subjugation when seeking support. Omikemi summarises the experiences contained within these important pieces of art and documentary, with this razor-sharp observation:

“There is violence in a system that presents as supporting wellbeing, but when engaging in it we are forced to amputate, contract, take on accents to stay safe.”

David Harewood’s documentary, Psychosis and Me, was broadcast on BBC2 on Thursday 16th May 2019 at 9pm

Strictly Arts’ Freeman had a sold-out run at the Edinburgh Fringe Festival, before touring internationally in 2019. The show won a Spirit of the Fringe award and was shortlisted for an Amnesty International Freedom of Expression award.

Vital Xposure will produce Omikemi’s play Medicine for a national tour in 2020. 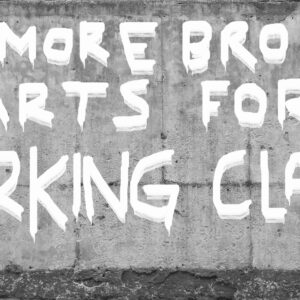 No More Broken Hearts for the Working Class

I have been away a bit. A combination of work and wonky health has occupied me for the latter part of the year. Time has itched by but its hands do not scratch the irritation it is causing. The work I’ve done recently is contributing to a couple of publications: One being ‘Future's Ventures Radical ... 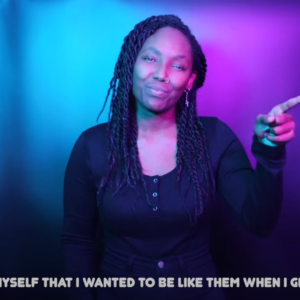 Triple Oppression is a new film piece created by award-winning Deaf performance artist Vilma Jackson. A Deaf woman’s struggle to fit in socially, racially and professionally. How does she try to overcome all these barriers in order to get to her dream destination? My name is Vilma Jackson, I am a Deaf performing artist that has ... 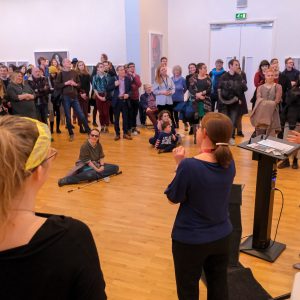 As part of her curatorial residency at Midlands Arts Centre, Anna Berry hosted a public conference entitled Disability Arts: Slaughtering the Sacred Cows. This is Berry's keynote speech from the conference, in full and unabridged. Thank you very much for coming today, and welcome. I’m gonna warn you I’m saying way more than I planned to ...