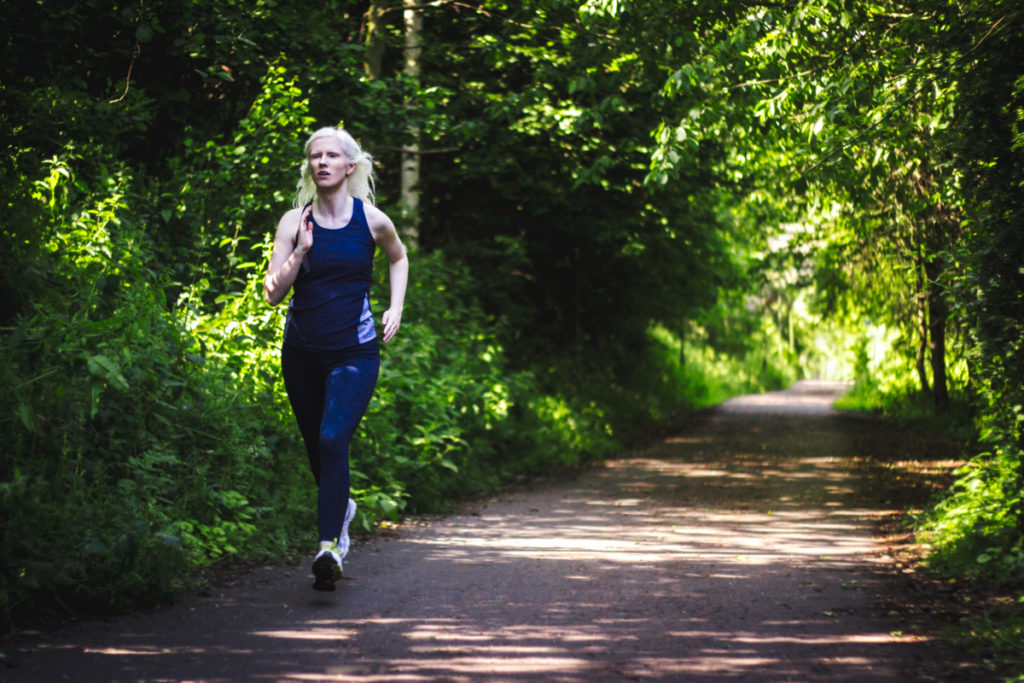 While Ellen, who has lived all her life with albinism, can trace the show’s origins back to a sequence of poems she wrote about a disabled athlete, it was only when she first read about the Unlimited programme supporting the work of disabled artist that it seemed possible to revisit the story.

“I was really excited by the potential of being funded by people who had so much knowledge in the area of disability arts, and I knew would give the right kind of support. So, with producer Bibi June, I started thinking about what the show could maybe be. I was very hesitant to plan too far in advance in case things didn’t work out with Unlimited, but when we were awarded the funding, it just gave us so much scope to do the show exactly in the way I wanted to, and to bring in collaborative elements, to have the musician and the filmmaker.”

It wasn’t just about the money, either.

“Obviously the show wouldn’t exist without funding, but it’s about the expertise that Unlimited have, the connections they can help you make, and just the community in general. Last May they had a Welcome Day; we met everyone that had been awarded funding, and all the people who had made the funding decisions, and several other partners of Unlimited. That was a really important day for me in terms of confidence and beginning to believe in what the show could become with them behind it.

“They don’t really get involved unless you ask, but they’re always in touch, suggesting opportunities, suggesting people who might be useful—especially in the lead-up to the early showcase performances last year. It was both my and the producer’s first time doing something on this scale so, whenever we had questions, they always either had the answer or knew someone that would have the answer – which is such a valuable resource to have.” 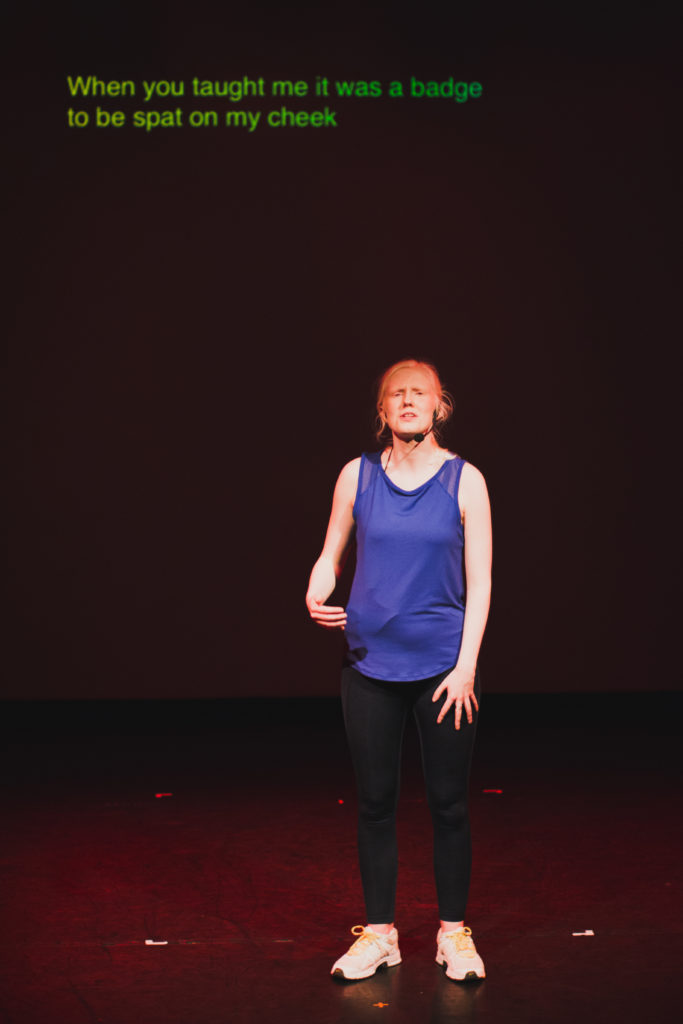 Ellen wrote the show in a concentrated two month period, after several months of research and even longer thinking about her own feelings regarding albinism and living with restricted vision. ‘Within Sight’ is the result, although, even before she’d begun touring the show, she was intrigued by a common reaction.

“There’s been a lot of assumptions so far that it’s completely autobiographical; I don’t think that would be assumed in the case of someone with different circumstances. I don’t think people assume that ‘Fleabag’, the one woman show by Phoebe Waller-Bridge, is all strictly true! ‘Within Sight’ is about a young woman who nearly makes it to the Paralympics; I used to run a bit when I was younger, but I can safely say that I was nowhere near making it to that level! It’s not all completely fabricated; the emotion behind most of it is authentic, and there are smaller exchanges and different incidents that I’ve experienced which have been put into it in some way, but the narrative of the show is not true.”

Thanks to the Unlimited support, Ellen has worked with Edinburgh-based composer Jack Hinks, sound designer David Devereux of Tin Can Audio, and filmmaker Kiana Kalantar-Hormozi.

“In terms of the music, I spent some time with Jack reading him the poems that were to be accompanied by music, and discussing what he felt about them; I’d worked with him a bit before, so I trusted his instinct, and he had specifically done some music behind poetry before, which in itself is a very specific kind of work. With Kiana, I had a big discussion about my vision and what that might look like on screen. I don’t know a lot about film, cinematography and camera-work but she was able to translate that into the language of the camera.

“She also read the script and read a few other things I’d written about albinism and my vision, and I gave her a few other more-medical online resources as well. Obviously it’s impossible to recreate exactly what I see, but what we’re aiming is for the film to recreate the sensations that I feel, as opposed to an exact representation. And she has done that very well.”

Ellen was keen from the start to create a genuinely multi-media experience, even though there remains only one performer – alongside BSL Interpreter Rachel Amey – live on stage. This wasn’t just about making the production “bigger”, however; just as she has carefully chosen the tour venues to ensure they are as barrier-free as possible, she hopes that the different elements will enable people to engage with ‘Within Sight’ in whichever way works best for them.

“Having all the other elements just makes the story a bit fuller, makes the show a whole sensory experience. Access has been a main focus of this show, and how we can improve access to theatres and to performance; I was thinking of access needs a lot. The film, in a way, is an access requirement for an able-bodied audience, to help them to understand. In the same way that sitting near the front of the theatre, or large print text, would be a way for me to access an able-bodied piece, I wanted this representation of my vision to allow an able-bodied audience to access my space.”

With the current crisis plans to tour the show this month have been shelved, but hopefully dates will be made available across Scotland later this year. For more up-to-date information visit Ellen Renton’s twitter feed or visit her page on the Unlimited website