Creative Minds Midlands was the fifth and final event in a series of groundbreaking conferences initiated by learning disabled artists back in 2013. This time it was led by a group of under-25s, under the banner ‘A Better Generation’. Host city Birmingham is the youngest in Europe, and home to 7,000 young people with learning disabilities – but only 5 per cent have access to any kind of arts provision outside school. Produced by Brighton-based Carousel, with lead partner Open Theatre, Creative Minds Midlands was a chance to learn from those young people with learning disabilities who are forging careers in the arts against the odds. Bella Todd considers the key themes that emerged from the day at Mac Birmingham, and the crucial question: what next? Creative Minds has been a gradual exercise in reinventing the conference. Key notes and Q&As, written records and formal spaces: these aren’t the most conducive to facilitating a truly inclusive conversation. Organised by a steering group comprised of nine young people with learning disabilities and seven without, Creative Minds Midlands ditched the last vestiges of the traditional conference format. This was to be “a day of doing and taking action”. Out went specific questions around quality, professionalism, leadership and criticism, though these were still present in the ether.

We were guided from space to space by immersive theatre company Spectra, whose director Kate DeRight commented: “This work isn’t about seeing how learning disabled artists can fit into some pre-existing form, but to change it – so it made sense to change the conference form, too”.

The Arts World Is Starting To Listen

Delegates for Creative Minds Midlands had travelled from Ireland and Scotland, and included the head of casting at the RSC and a project manager at Edinburgh Fringe (as well as one very engaged toddler enjoying the ‘multi-sensory bunting’). There was much swapping of email addresses as delegates met peers working in similar roles across the UK, and spotted opportunities to share practice.

Lead partner Open Theatre, which supports career progression routes for young people with learning disabilities, is now an NPO. A film captured a long-running partnership between Birmingham Royal Ballet and Freeform Dance, with one of the non-learning disabled dancers describing it as “one of the most artistically arresting projects I’ve ever been involved in”. Billy Coughlin of Birmingham REP explained how his role of Agent For Change, a temporary arrangement as part of the Ramps On The Moon Project, has now been made permanent. Nicky Priest, an actor on the autistic spectrum who helped organise and present the conference, had even better news. Priest got his break in the RSC’s production of The Seven Acts of Mercy last year. On the back of that role he auditioned for three national acting agencies, and is now signed with Winterson’s in London. It will be great for us too, the mainstream agency told him, because we will be able to learn more about your condition. Priest had just been at The National, filming a monologue for Spotlight’s new video database for D/deaf and disabled actors. The brainchild of Charlotte Bevan, a casting director at The National and Globe, the database is intended to help widen the pool from which casting directors draw talent.
Every Conference Should Have A Craft Table

Creative Minds Manchester had a resident artist. In Birmingham, it was the delegates’ turn to get creative. We were invited to contribute to a multi-sensory installation that will be exhibited at TouchBase Pears, a pioneering community centre being built in Birmingham by national deafblind charity Sense.

It was here, over a pile of coloured cellophane and cardboard, that I got to meet Sue Caudle, Artistic Director of DIY Theatre, who is completing a PHD about models of leadership in learning disabled theatre. What we have to do now, she has concluded, is redefine leadership – otherwise learning disabled-led theatre is working to unhelpful structural limitations. Rachel Parry, meanwhile, had travelled from Galway, where her Speckled Egg Dance Company is questioning the tendency in learning disability arts toward story-driven dance. Her PHD research draws on the task-based improvisation of Trisha Brown to investigate choreographic process and cognitive difference – which I would never have known if I hadn’t asked her to pass the glue-stick.

We often communicate more richly when we’re working side by side, rather than chatting face to face. Our experience round the craft table resonated later when we were asked to reflect on the role of creative enabler. The conference heard from two portrait artists: Rory Baird, whose pop art oils of Bowie, Warhol and Heath Ledger’s Joker were brightening up the foyer, and Tanya Raabe-Webber, whose high-profile 2016 project Portraits Untold culminated at the National Portrait Gallery.

Baird has autism, and Raabe-Webber is his creative enabler (as well as a fan – she’d just snapped up one of his paintings). In the past, Raabe-Webber, a disabled artist, has herself benefited from having a creative enabler. I was struck by the degree to which they operate simply as peers. A slide of the pair working at the Hippodrome showed them both at their easels, side by side. “That’s me with my Palette knife, listening to Tupac”, explained Baird. They ended their presentation riffing together about whether painters shouldn’t get extra funding for bubble wrap. Another dynamic duo we heard from was that of 24-year-old actor Rishard Beckett and 29-year-old playwright Richard Walls. Beckett is a graduate of the Access All Areas Performance Making Diploma, and appeared in Paul Abbott’s 2015 Channel 4 series No Offence. Walls did an MA in Writing for Performance at Goldsmiths, and has written for the Royal Court, Birmingham Rep and Theatre Absolute. They met when Coventry’s Godiva Festival contacted Walls, saying they had an actor with Down’s syndrome who wanted to make a one-man show about the importance of community – and could he help.

“At the time I’d become very distrustful of my ideas and of writing programmes,” Walls told the group gathered in the Collaboration Zone. “At the Royal Court I felt I’d been shoe-horned into writing a very boring play – two people sitting on a bench talking about nothing. How did that happen without me knowing it?! Working with Rishard was fantastic, because he brought the ideas and the energy.”

A snippet of their second play, Instrumental, involved Walls’ hyper-articulate straightman trying to help Beckett’s mischievous musician compose a song for the object of his affections. You got a sense of the camaraderie between the two young men, and the productive tension between two ways of making theatre. “Collaboration, at its best,” as Walls has written, “is change”.

What Next? Planting Pledges

Creative Minds Midlands ended with each delegate being given a jar of Forget-me-not seeds, with a blank label. We were to plant it while making a pledge: what needs to happen next in learning disability arts, and what are we personally going to do about? One of the conference hosts, Madeleine Levy of Alternative Voices, has already embarked on her ‘next’. The 27-year-old, who is on the autistic spectrum, set up her “accessible group for minority voices” several years ago. Now she is training as an occupational therapist so she can, “understand all conditions and better support artists who come to me for help”.

Priest, encouraged by his mentor Janice Connolly (aka Barbara Nice), is using his soaring confidence to help other young people take to the stage and try stand-up. Baird has recognised the importance for learning disabled artists to “step outside your own space”, and has his sights on America. “You could do a portrait of Donald Trump!” suggested his creative enabler. “He’d better pay me a good million for it,” said Baird. Beckett and Walls are working on a new play which, if they weren’t entirely having me on, is about male strippers.

Poet Carl Sealeaf, one of the members of the steering group, is branching into research. With Open Theatre, he will be looking at how to build support structures for collaborations between disabled and non-disabled young people to ensure equal partnerships.

Collaboration is also a key word for Hannah Miller, head of casting at the RSC. Her pledge involved exploring the right partnerships to facilitate RSC’s work with young people with learning disabilities, as well as checking her assumptions – including those we might make about the Bard being, say, prohibitively wordy. She had been struck by Kelly Hunter’s work at the RSC, using sensory drama games derived from the beat and vitality of Shakespearean verse to unlock communicative power in young people with autism.

Gus Garside, national coordinator of Creative Minds, has increasingly absented himself from the microphone as the voices of the artists who initiated the movement have grown in confidence. But he is working on phase two of Creative Minds. The exact nature of this is dependent on funding but could involve: the creation of hubs around the country, an online platform to showcase work for bookers, and taking the Creative Minds conversation to mainstream arts conferences.

Whatever happens next in the evolution of Creative Minds, and learning disability arts in general, the YPWLD sent a clear parting message with a song they’d written on the day: “Don’t be shy, don’t slink away, stand tall – ready for action, we’re going to lead the way.” 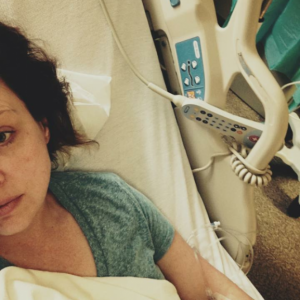 I feel compelled to share a piece of my personal story. I put everything else out there, why not this? About six months after a very ugly divorce, I was diagnosed with Crohn's Disease. It is an incurable autoimmune disorder that effects the digestive system. There are a myriad of symptoms and complications that go ... 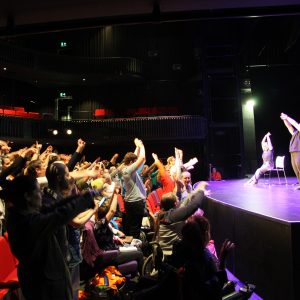 Creative Minds North: an arts conference with a difference

Creative Minds North in Manchester was the first ever arts conference entirely devised and delivered by learning disabled artists. Last month, over 200 attendees from learning-disabled and non-learning-disabled arts organisations across the North, including West Yorkshire Playhouse and The Lowry, met to consider four themes: How is great art created? What does the term professional ... 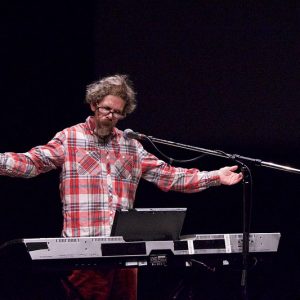 Learning disabled artists are asking big questions at the fourth Creative Minds conference, taking place at HOME Manchester on Thursday 15 June 2017. Following successful events in Brighton, Ipswich and Bristol, Creative Minds brings together nine organisations from across the North of England, each committed to developing the visibility, understanding and appreciation of work made ...