Deaf poet, Sahera Khan lets us behind the scenes of making her video BSL poem ‘Hurts Me,’ offering top tips for other creatives. This is followed by a performance of the poem itself. The voiceover is provided by Kuli Kohli.

[Video description for visually impaired users: Sahera Khan, a woman of South Asian descent wearing a headscarf presents the video from her home, using British Sign Language. The film moves from her kitchen, to sitting on her sofa, then to working at her computer. Sahera presents to camera expressively throughout. When she has finished describing the process of making her filmed poem, Sahera then performs the poem itself.] 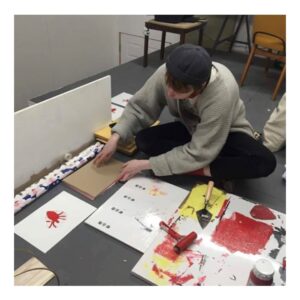 A Day in the Life of an Artist: Leo Valenti

Continuing our series looking at the day-to-day working practices of disabled artists, visual artist, Leo Valenti shares how they juggle a day job and freelance art career and the need for both routine and space to create. First and foremost I think that it is important to note that I am a freelance artist with a ... 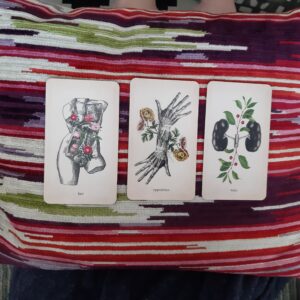 A Day in the Life of an Artist: Daniella Valz Gen whose practice uses tarot cards

Continuing our series looking at the day-to-day working practices of disabled artists, Daniella Valz Gen lets us in on a typical day for them, which includes rituals informed by tarot cards. This morning, like every morning, my body is slow. I wake up too early, way before my sun lamp fakes sunrise inside my darkened bedroom. ... 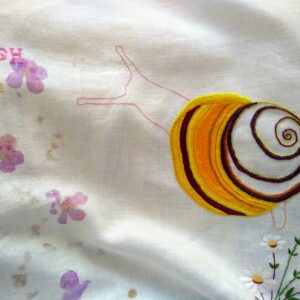 A Day in the Life of an Artist: Being Is Enough – Kate Rolison

Continuing our series looking at the day-to-day working practices of disabled artists, Kate Rolison gives us an insight into her lockdown life with an embroidered diary. I began this commission with an attempt at a “gently humorous” day in the life diary entry. By the point I decided I didn’t like that format, I’d begun embroidering ...