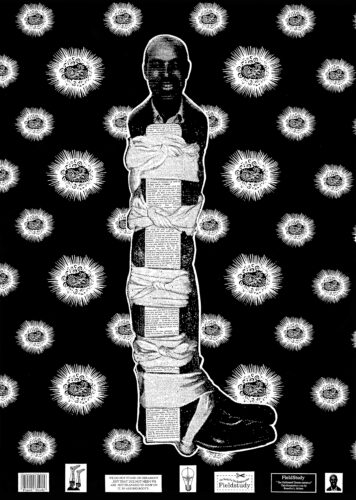 Benedict Phillips is an Artist, Writer and Curator whose artistic career has been informed by his experience of dyslexia. His current two-year Arts Council funded project How To Be A Dyslexic Artist looks back over 25 years of making work about the experience of marginalisation that dyslexic individuals face.

At the time of its publication dyslexia was seen as a childhood disease that made you bad at reading and writing. Benedict rejected almost all of society’s interpretations of what it meant to be dyslexic, instead building upon the position that he was very, very good at being dyslexic.

On the occasion of the 25th anniversary – and as a one-off presentation for Dyslexia Awareness Week – Benedict has created a filmed re-reading of ‘the agender of the agresiv dislecksick’ marking its significance in terms of taking Disability Arts in a new direction – a few years before the term ‘neurodiverse’ was first coined by sociologist Judy Singer.

‘the agender of the agresiv dislecksick’ presents a dyslexic voice that claims ownership and authorship of their representation. Benedict asserts “Thair is little dowet in my mind that persaqushon is to be the fee-los-serfee of your saroundingz”, stating unequivocably the state of discrimination and the barriers that the dyslexic individual encounters in society.

A re-reading of ‘the agender of the agresiv dislecksick’ is followed by a discussion of the text in which Benedict is joined by editor Colin Hambrook and artist and academic Aby Watson.