Following up on a conversation in the Disability Arts Online Facebook group, we gave a commission to Barbara Hulme to paint a small selection of her favourite disabled artists/ personalities in tribute to their achievements. She sent in the following portraits with a short explanation as to why she chose each person.

Mat Fraser was the first disabled actor that I noticed on television – in a play in the 1990s – who was around my age and who was also very attractive. Mat speaks out a lot for disabled actors, especially on giving disabled actors roles rather than the all too often thing where non-disabled actors play disabled people. I agree with him strongly on this as it puts a very different spin on the way a character is perceived, especially if the impairment is visible. I have tried to incorporate an element of each person in their painting so In Mat’s painting I chose a photograph of him where he is looking very rugged and handsome. 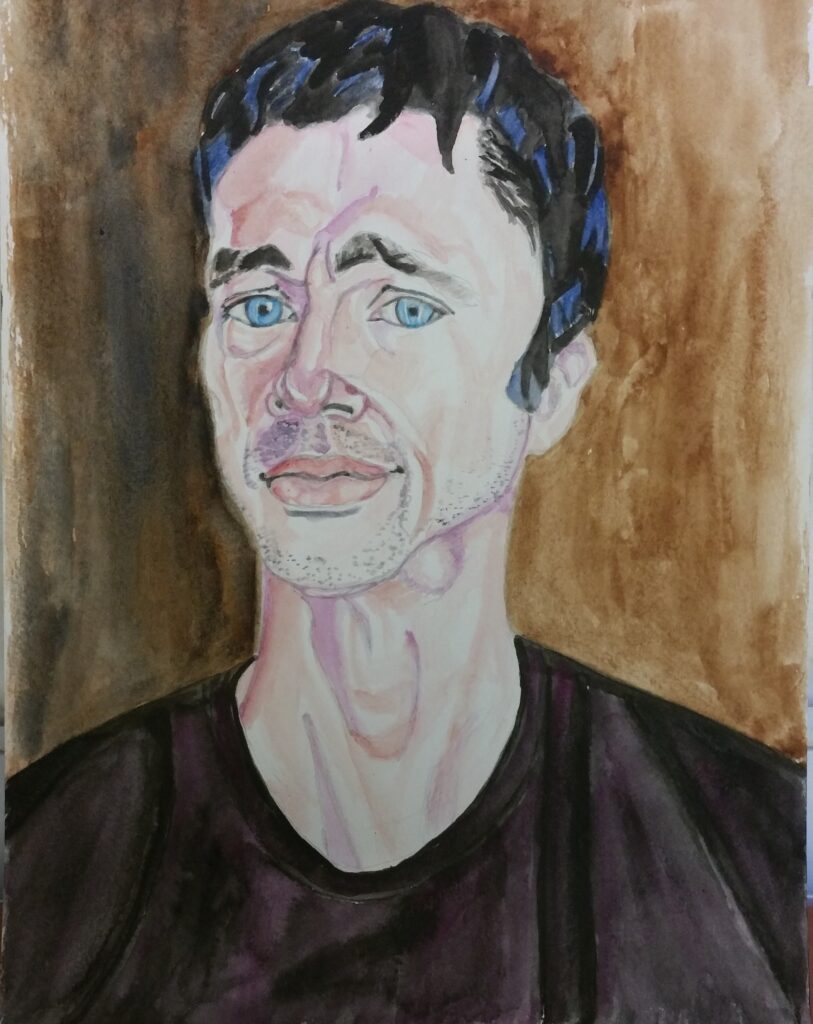 Tanni Grey Thompson is amazing for her athletic ability and the number of medals that she has won, with many gold medals to her name. However I admire her even more for what she has been doing for disabled people in the House of Lords. Tanni followed the Welfare Reform bill as it went through parliament and was in touch with activists during that time. She listened to our views and understood the impact on our lives that we were worried about re: the changes from Disability Living Allowance to Personal Independence Payments.

When I approached making a painting of Tanni I looked for a photograph in which they looked the most like how I see them and I had to include their wonderful medal history in the background. 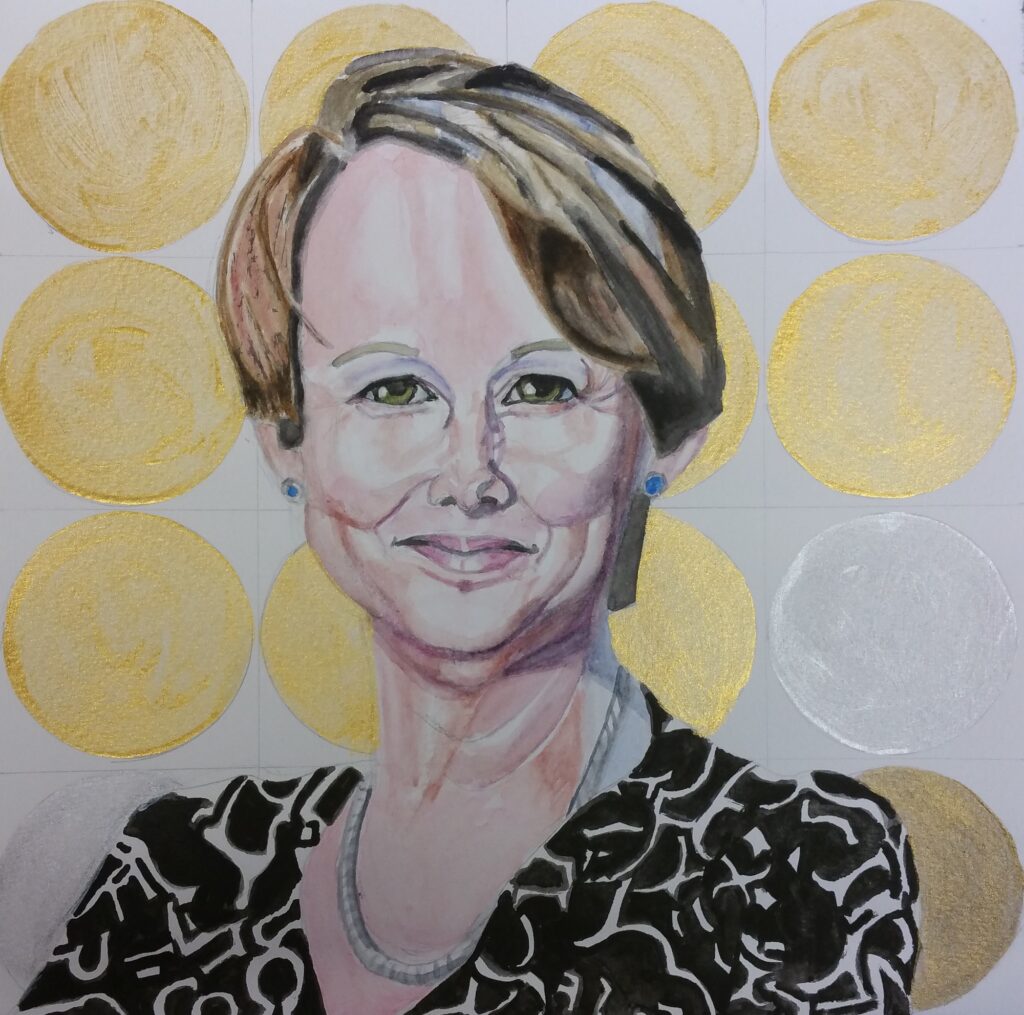 Dennis Queen I got to know on Facebook. I was very impressed with all their posts and how much they were aware of all marginalised people and how important it is to be a good ally. Ive probably learned more from them than anyone else re politics and the situations that various communities have to deal with from prejudice etc. I then went on to meet Dennis in real life at various Disabled People Against the Cuts demos. I went with them in solidarity when they were taken to court for causing a disruption to the trams at a protest against the governments policies re disabled people.

In Dennis’s painting I included the LGBTQ+ rainbow colours to show their inclusiveness and I asked them if they would like me to use their Facebook profile photograph as I thought this expressed their personality very well. 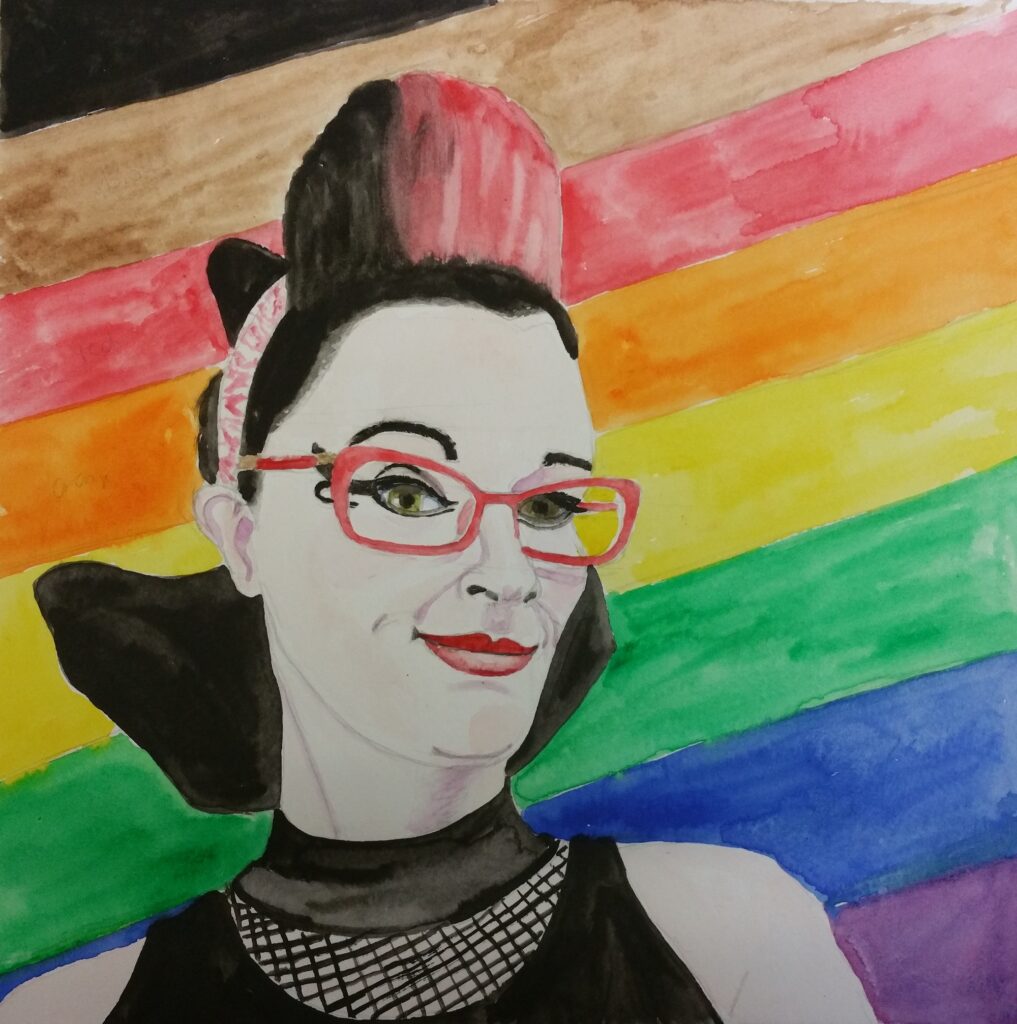 I remember first seeing Mik Scarlet on TV presenting a programme called Beat That. I was drawn to his energy and upbeat personality and have followed him on many TV programmes since, speaking up for disability rights, especially regarding transport, access and inclusion.

For Mik Scarlet’s painting I again, chose a photograph to take the painting from, in which I thought he looked most like how I see him. The background was of Mik in a music studio, too so that was very appropriate. I simplified the shapes of the equipment in the studio to make them into blocks so it is a representation of them rather than realistic portrayal. 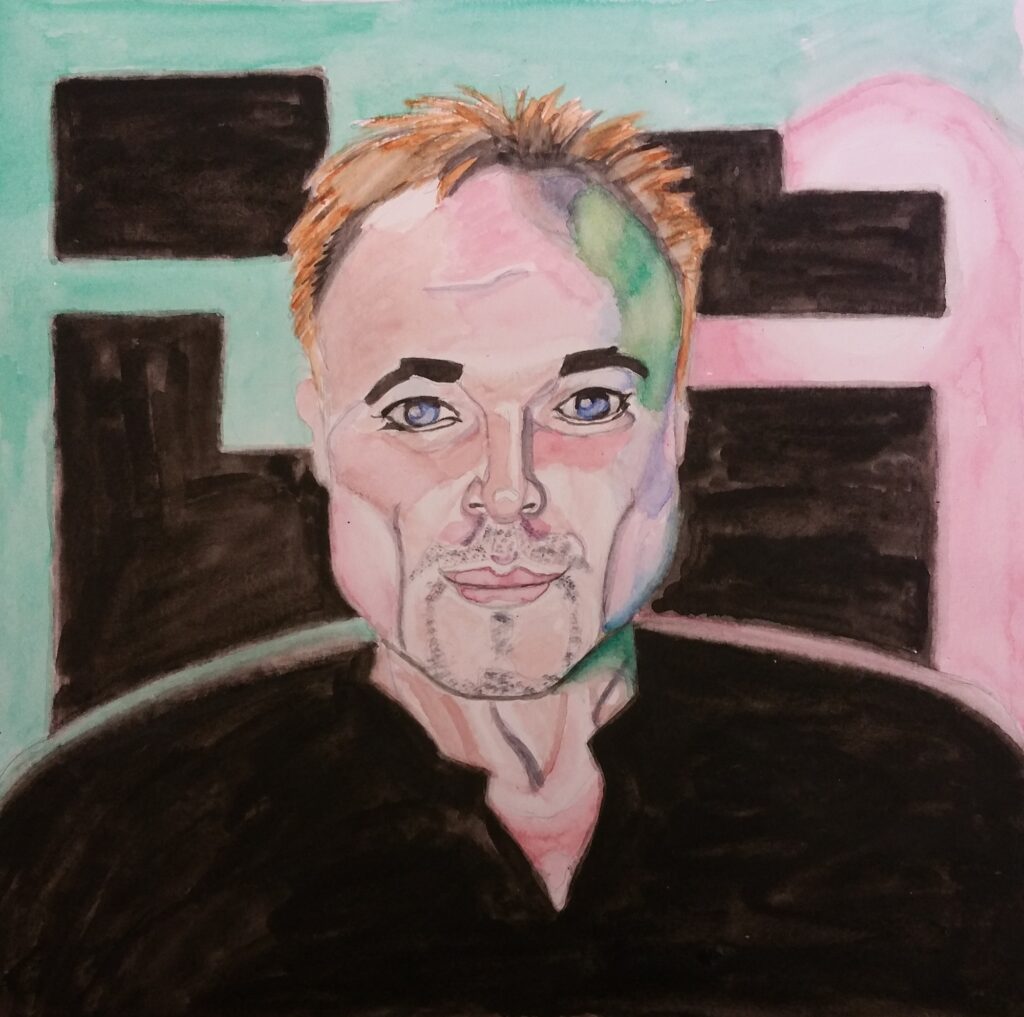 Barbara these are stunning! I do love your work, you’ve inspired me to take up painting again.

Barbara you know how much I love your work and these portraits are among your finest. I particularly like Tanni Grey Thomson. Well done you!

As you know I’m a great fan of your work, Barbs. You have a rare talent and so very versatile. Not only that you’re a wonderful friend and so supportive of fellow artists

Excellent. Barbara is such a good painter and so versatile. She can do anything.