Neurodivergent artist, Paul Wright currently has his vibrant debut exhibition, Carry On Del Boy at Hart Club Gallery, London. Carry on Del Boy explores nostalgic popular culture, with each piece acting as a humorous homage to film and television’s most iconic English characters; including Peggy Mitchell, Captain Mainwaring and (of course) the Trotter family. The exhibition features more than 15 paintings, alongside a handmade rug and a selection of ceramics created by Paul over the last year. Here we share a selection of the work and a video introduction from Paul.

Paul experienced a traumatic brain injury in 2007, which left him with long-term impairments affecting his short-term memory, movement and communication. Supported by brain injury charity Headway East London, Paul’s passing interest in art was transformed last year when the charity’s studio, Submit to Love, introduced him to Artist-In-Residence Stephen Wright.

What followed was a collaborative partnership exploring colour, scale, character and pattern. The intuitive and playful approach marked the beginning of a fresh artistic direction, and resulted in Paul creating a series of works inspired by his favourite programme Only Fools and Horses. His mischievous personality flows onto the page; introducing audiences to the rowdy mix of Londoners who have shaped his life and provided him with endless joy. 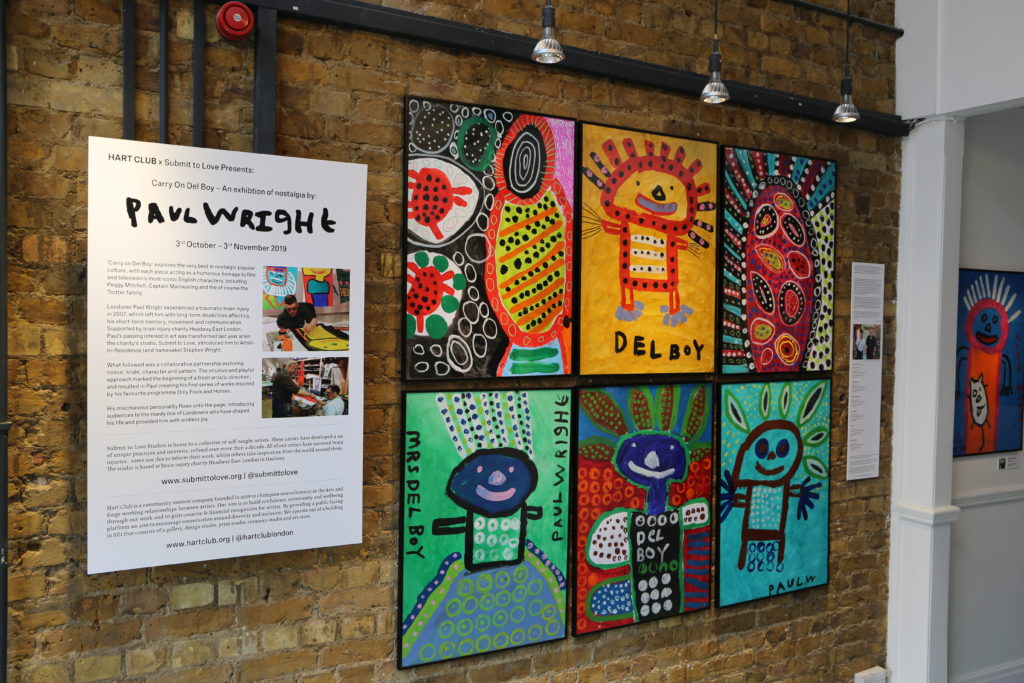 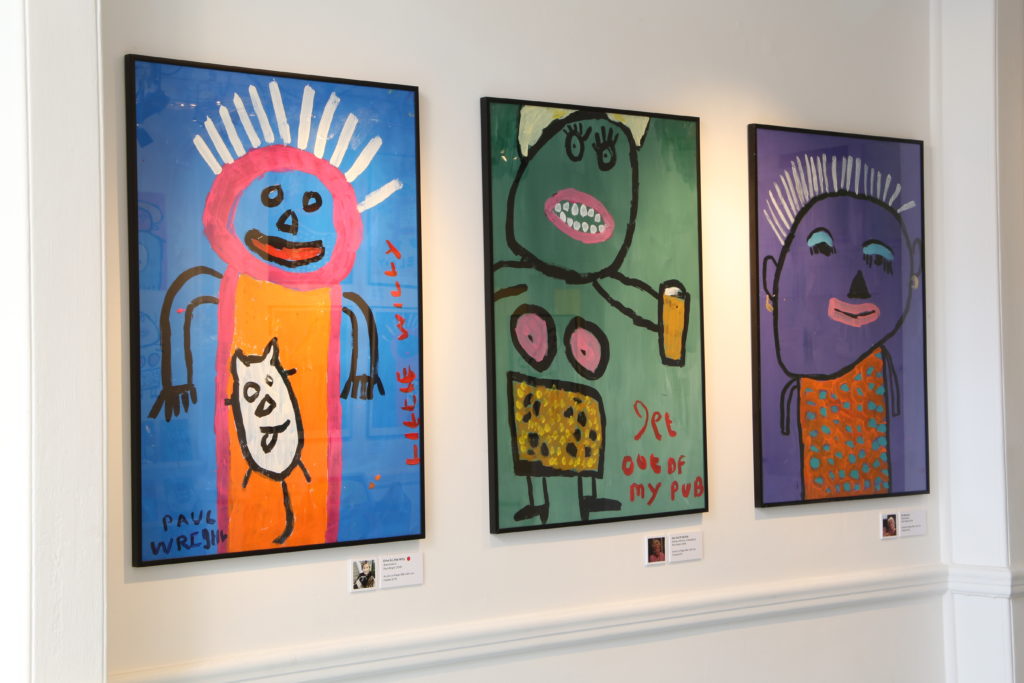 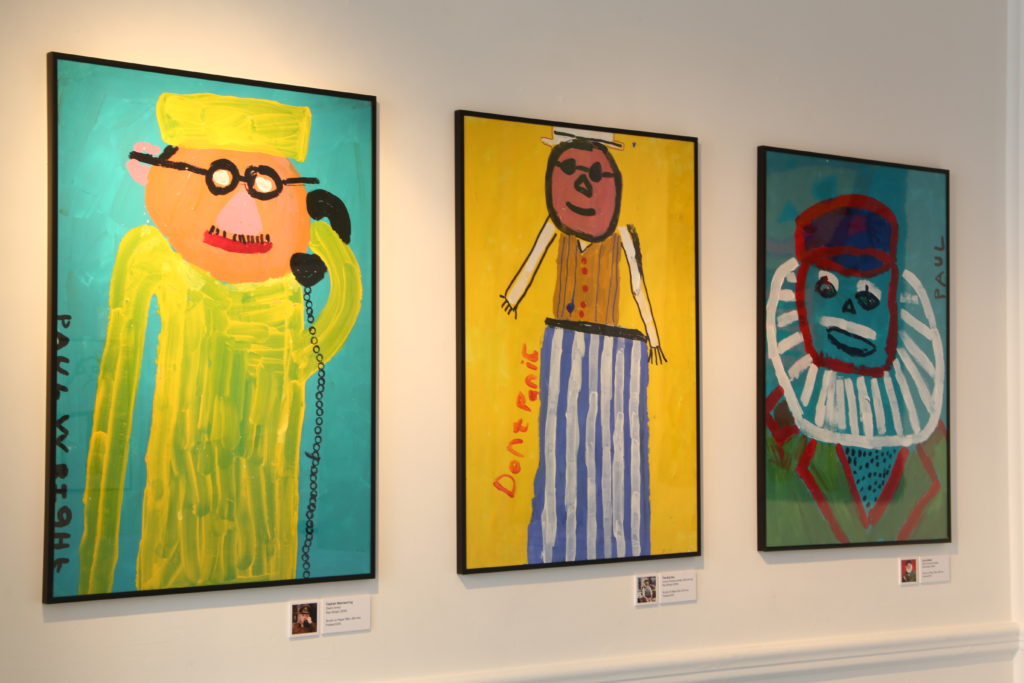 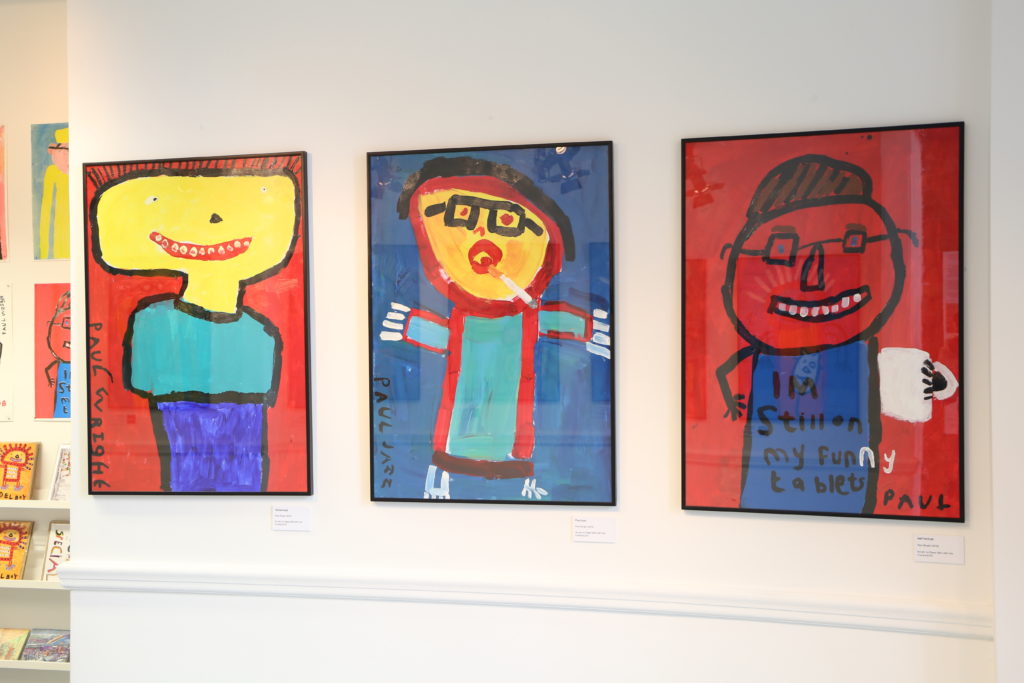 Carry On Del Boy is on at Hart Club, London 4 October – 3 November.