A series of four films made on the run, with little time for script writing. I chose these films that express the feelings of a massive number of people whose lives have been turned upside down, due to a war that they are still trying to come to terms to. Focusing on stories produced by young people, their need to tell their story, an intimate account of loss, but also resilience and even surreal humour so familiar to Syrians. These four films encapsulate the impossibility of representing trauma produced by war and yet, their immediacy, the diary format, the roughness of the editing and camera movement.. all have the extraordinary capacity of connecting the audience extremely human. This is the Cinema of Urgency produced by Bidayyat Arts, a non-profit civil organization, that supports and produces documentaries and experimental films and organizes training courses on documentary film-making in Beirut.

“A film embedded with a surreal narrative, 9½ – that’s the age of Maha, a Syrian girl and the only survivor of her family. Left on her own, with a picture of her family all that is left, she embarks on a journey in her world made up of the visual experiences she accumulated and witnessed in the Syrian situation.”

2.- Reflections  2016 (Lebanon) dir.: Sarah Zeryab
“Throughout the three consecutive years Sarah has lived in Beirut, WhatsApp has been the only means of communication between her and her parents in Damascus.”

“The day dawns on Izmir, the big port city of Turkey. On the phone, a translator gets impatient … What’s the connection between the Syrian refugees crisis of 2016, and that phone call from Assad the father to Ronald Reagan, thirty years before?”

“I need a sign…I live in a world of Silence. Shot in black and white, a male voice over takes the viewer to a night journey through the city of Athens, searching for somebody who has the antidote for the decease that is affecting him. Visiting places where those who are in the run, fleeing their countries thorn by war, have passed by. But there is not one to be seen. The film is empty of people, only the landscape seems to witness the unfolding tragedy”.

On my first visit to Ramallah back in October 2011, invited by Artschool Palestine, I had the chance to spend six weeks producing an art project called Fluctuations in Time in collaboration with a group of media students from An-Najah University. During this time I experienced moments of generosity and welcome from men and women, artists, students, housewives, farmers… which sharply contrasted with abrupt communication and occasionally harassment from the Israeli army to an extent I had never experienced before. My anger as I tried any argument for correct behaviour I could think of after seeing civilians being humiliated at the Qalandia Checkpoint by young Israeli soldiers was met with laughter from my colleague, a Palestinian artist. I asked how it was possible that they could treat us, even disabled people, in such a disrespectful way? “Stop asking stupid questions, Juan; there is no answer to your question” they said between their laughter and my astonished reaction. “Juan, there’s no answer to your question because simply, this is unjust. You came from your safety in London to Palestine holding all your ideas about human rights, which here don’t apply as you have seen. You are experiencing the harassment today that I have been living with since I was born.” …And she gave me a smile before we crossed the revolving bar door that everyone had to go through individually in front of the soldiers.

On our way to the city, I tried to think, still naively, what anybody could do to bear this “obscene and disgusting” situation, and understood how Palestinians had used cinema to represent in images what cannot be described in words. During this time, somewhere in a small town in southern Syria, a group of youngsters, inspired by a growing movement of other young people from Cairo, painted a graffito saying, almost as a joke: we also want freedom. The cruel response of the local authorities to this innocent request, arresting and torturing these kids, triggered a movement in civil society in search of a narrative that has remained silenced for too long. Young Syrians were driven to any device that could register the increasing number of voices demanding change from an ostracised and oppressive authority. In a way that was almost unimaginable to anybody at that time, the dream that revolutionised this young society was daily narrated in what I call the cinema of urgency.

Mobile phones, iPads, rudimentary camcorders, and later DSLRs… any device could be used by a generation that has embraced Facebook and WhatsApp as platforms to share its enthusiasm for how the word freedom resonates in their heads. They learned quickly afterwards the price of each letter in the loss of human lives and the consequent massive exodus fleeing the cruelty of this war. In this selection I wanted to focus on stories narrated by young people about how their lives became an endless nightmare: stories of survival, where trauma and resilience coexist in a paradoxical combination seasoned by a sharp humour and even laughter as a symbol of resistance. 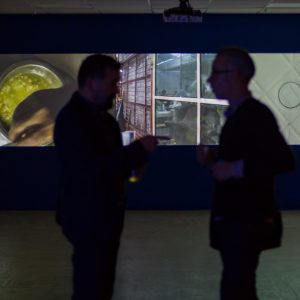 Newcastle’s Abject Gallery plays host to an exhibition of four video works, three by Juan delGado and one by collaborator, Juan Soto from 4 – 28 October. Review by Joe Turnbull. Fear is an ever-present discourse, especially in the current political climate where it threatens to engulf everything like the flames of Grenfell. Fear of the ... 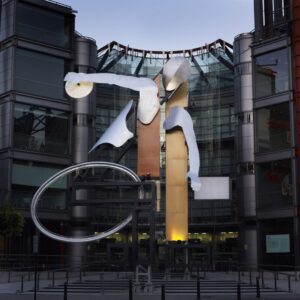 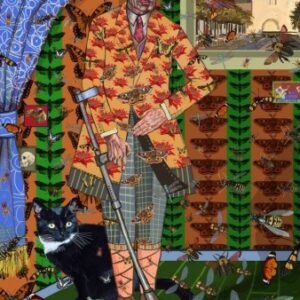 Ilham (inspiration) was originally exhibited at the Museum of Islamic Art, Doha, Qatar, as part of the Definitely Able conference that explored issues of disability and equal access to arts and culture in the Middle East. A sample of work by the four UK-based artists from that show is on exhibition at Shape Gallery in ...